In an age of college rappers and educated poets, Milo builds upon today’s wordsmith culture by drawing on the works of famous authors, intellectuals and social critics. It is of use to note that this 25-year-old rapper, born to the name of Rory Ferreira, belongs to no single place. Born in Chicago, Ferreira moved frequently between the white-majority states of Maine and Wisconsin. He soon found himself settled in Green Bay to study at St. Norbert College, before eventually dropping out. His newest LP titled who told you to think??!!?!?!?! (which itself may be a play on The Roots’ Do You Want More?!!!??!) is not only his best thus far, but also the most lyrically conscious addition to an already complex rap discography. It’s on this album where we see Milo carving himself a place of his own.

The album begins with a chopped-up monologue from James Baldwin in “poet (Black bean)” and boasts references throughout to the artistic likes of Vladimir Nabokov, Charles Bukowski, Friedrich Nietzsche, Zadie Smith, John Maynard Keynes, and more. Still, this album is much more than pedantic name dropping. Above all, Milo is sharpest with his criticism. On “call + form (picture),” for instance, he insists that his talents as a poet are needed in this time of rampant consumerism and political lethargy, asking, “Why’s your favourite rapper always bragging about her business acumen? / Like we asked em? Like we asked em? / Why’s your favourite rapper always babbling about his brand again? / Like we asked him? Like we asked him?” Under this thick veil of cynicism, who told you to think??!!?!?!?! is not exactly made for sale. In fact, it is made to be read like a dense book, to encourage research and individual thinking, to be challenged and not digested with passive comfort.

But by sampling those like Madlib and boasting production inspired by MF-Doom and Kenny Segal, Milo disguises his heavy-dose rhetoric with an easy listening air. Make no mistake, Milo is still disgusted and angry. On “Ornette’s Swan Song,” Ferreira slaps back at the dangerous ego of white America: “Your captivity will never make the news / Suddenly conscious of the speed of my windshield wipers / Before angry let’s be truthful / I pause, ‘yo, this pain could be useful’ / Simply put and we’re faking rap together now.” It is clear  that being black in a white space informs a large part of Milo’s artistic vision. But who told you to think??!!?!?!?! ultimately spews unique importance as a rap poetic project. It evolves from the suspicions of United States history and higher schooling, bringing Milo that much closer to his rightfully deserved spotlight. 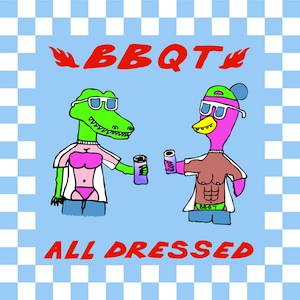