CiTR 101.9 FM is the broadcasting voice of the University of British Columbia, situated on unceded, traditional, and ancestral land of the hən̓q̓əmin̓əm̓ speaking xʷməθkʷəy̓əm (Musqueam) people and honors the historic and continual care of this land by our host nations. CiTR & Discorder understands the power of sharing stories and our responsibility to platform all communities occupying the unceded, traditional, and shared territories of the xʷməθkʷəy̓əm (Musqueam), Sḵwx̱wú7mesh (Squamish), and səlilwətaɬ (Tsleil Waututh) nations in the city colonially known as “Vancouver”.

CiTR is run by the Student Radio Society of UBC and offers students and community members media training and access to the airwaves, broadcasting 100+ locally-focused radio programs in multiple different languages, streamed online and available as podcasts.

CiTR publishes Discorder Magazine to amplify underrepresented communities and to provide invaluable publishing experience. Discorder prints 6 issues per year and is distributed across Vancouver and the Lower Mainland, and publishes web exclusive content throughout the month.

Learn more by reading our Constitution and Bylaws.

Learn more about we’re doing each year in our Annual Reports!

Read about CiTR & Discorder in the news.

1937 – And then it does! Sort of. Bored students play records on a gramophone in the cafeteria over lunch. “Varsity Time” becomes a regular feature on CJOR. There is a great disturbance in the force.

1974 January – CYVR is shut down for neglecting to keep up their license.

1982 – CiTR finally meets FM and they fall madly in love, broadcasting sweet 49-mono-watts together at 101.9FM.

1985 – Seattle’s Rocket Magazine picks Discorder as one of the “Top 20 Publications in the World” for 1985, the only Canadian magazine on the list.

1989 – CiTR pumps up the jam to 1800 megakilowatts with a giant balloon release. First song? “Have Not Been the Same” by Slow.

1997 – Nardwuar The Human Serviette sneaks into APEC and asks Jean Chretien what he thinks of pepper spray. The answer? “I put pepper on my plate.”

2007 – CiTR becomes one of the first campus/community radio stations to offer podcasting, proudly moving into the internet age.

2015 – CiTR & Discorder has a banner year! After 46 years in the Student Union Building, the station moves into the atrium of the brand new UBC Nest! We launch this swanky new website that merges the web presence of CiTR and Discorder, and also merge their branding. We also organize our first ever Summer Radio Camp.

CiTR has received financial support from the CRFC for the past decade. Current projects such as CiTR’s News Collective were made possible by the CRFC’s Radiometres program, which is aimed to improve local programming and volunteer participation.

All content published and broadcast produced by The Student Radio Society of UBC is protected by copyright.

Please remember to properly cite all content shared under the fair dealing clauses
of the Canadian Copyright Act. The Student Radio Society of UBC reserves the right to request information
and/or modification of a citation or accreditation of a work previously published or broadcast on CiTR 101.9 FM or
Discorder Magazine media platforms. CiTR is licensed by SOCAN to broadcast music. 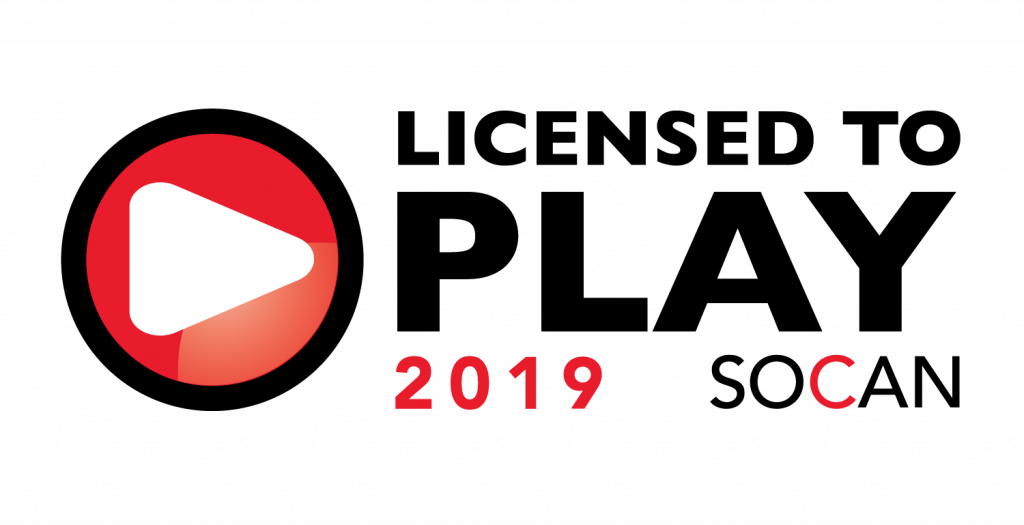 Editorial and opinions expressed on CiTR 101.9 FM or Discorder Magazine media platforms are exclusively those of the author and do not necessarily reflect those of The Student Radio Society of UBC.

Additionally, the opinions expressed in advertisements appearing on CiTR 101.9 FM or Discorder Magazine media platforms are those of the advertisers and not The Student Radio Society of UBC unless explicitly stated.