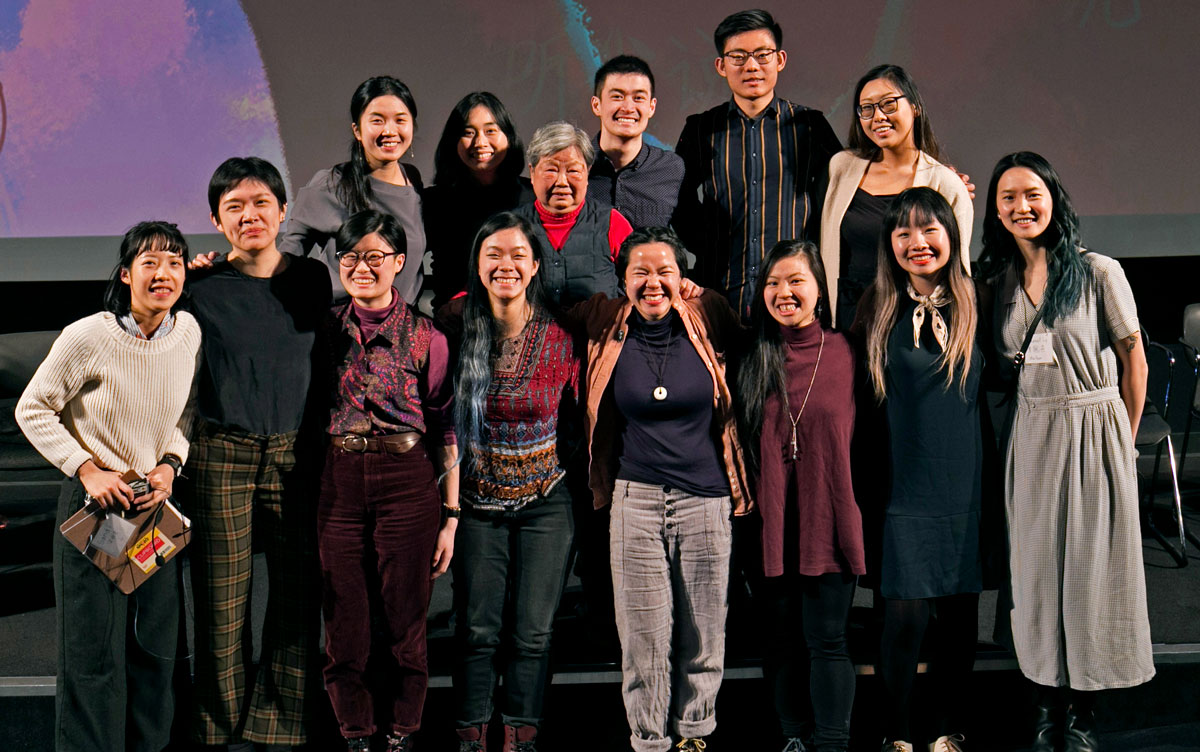 Multimedia artist, writer and radio producer Rachel Lau was living in Hong Kong, when a Facebook message arriving from halfway across the world caught their attention.

“They said, ‘Do you wanna do something related to radio and storytelling and Chinatown?’” recalled Lau, “And I thought to myself oh my god, these are all the things I care about and don’t stop talking about, always. So yeah, I would love to do that.”

This “something” would later become the Speak My Language radio documentary series, coordinated by Lau and facilitated by the Yarrow Intergenerational Society for justice 世代同行會, an organization supporting youth and low-income immigrant seniors in Chinatown and the Downtown Eastside.

According to the page on Yarrow Society’s website, Speak My Language is “a storytelling media arts project for and by low-income Chinese 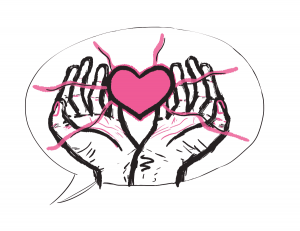 seniors to share their experiences of language and cultural barriers in accessing healthcare, while exploring individual and collective healing and envisioning a culturally accessible healthcare system.”

Having coincidentally been at the launch before the assignment of this article, I got to witness first hand the attention the project garnered. The event was busy with people from all sorts of demographics. There were your Kitsilano hipsters, old Asian grannies, local activists and journalists; councillor Jean Swanson was there, MP Jenny Kwan even spoke at the beginning of the event.

“I think ultimately that’s what we wanted to do, because this project is not only the radio documentaries themselves but they’re also part of a larger advocacy campaign that Yarrow wants to embark on and is aiming to embark on in 2020, […] so I’m glad it garnered that kind of attention,” said Lau, “And I think that we want a variety of people to be listening to these docs. When we were creating these we were thinking, ‘Who’s going to be listening to these and why should they care about this story?’ and so the people that came up on our list or we think would care or would listen to them are people with decision making power, people in health administration, are people who care about Chinatown and wanna learn more. And most importantly, I think it’s also for the seniors to hear themselves in these radio documentaries.” 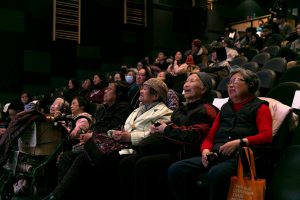 The love and support the radio docs have generated is well deserved. Speak My Language navigates areas and topics that require nuance and respect. There is a stigma relating to not speaking English perfectly, especially for POC, but the podcast handles it with ease. Lau attributes this to the nature of the work done at Yarrow Society. Language accessibility is already deeply embedded in services available there, and so the focus was instead on making the radio docs as accessible as possible.“If we’re going to talk about language access, then we’re going to have to walk the talk. We can’t talk about language access if we’re not
practicing ourselves” said Lau.

“We made the sessions as accessible as possible by having simultaneous interpretation in both Cantonese and Mandarin each time we had a training, each time we had a listening party, to get the feedback from the seniors. And also we brought on volunteers onto the project that had those language skills”. 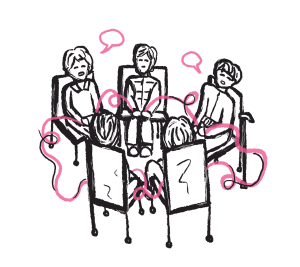 There was also a sign language interpreter and simultaneous interpretation headsets for non-English speakers at the launch that frazzled volunteers ran around passing out.

The end product was a radio documentary series with two versions of each episode. One for English speaking audiences and another, in the original language the interviews were conducted in.

“It was very intentional, the way we did the translations. We didn’t go for voice overs which is very commonly seen in English […] because not only are they hard to listen to and distracting, they are in my opinion disrespectful because you are talking over the person who doesn’t speak English and you make it so that their voice doesn’t matter. And so we thought of translation as not just moving one language to another but actually using it as an expressive tool, something that can communicate more, something that we can use strategically to shape and mould in order to communicate a message. So a lot of the translators made very intentional choices around translation. […]” explained Lau. 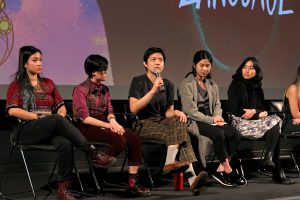 I noticed this immediately at the launch where certain medical details were omitted in the English translation to preserve dignity and respect to the seniors. To those who speak both languages, it becomes obvious that this project was done with so much attention and care. “What’s really beautiful that’s come of this engagement in this English and Chinese version of the radio documentaries is that you have a sliver of a moment […] when you have an English speaking person, especially if they only speak English, [and they] can get a sliver — a glimpse — of what it might be like for the Chinese seniors to not understand the language around them that they’re navigating through their daily life,” Lau pauses with the delighted air of sharing a secret, or the conspiratorial smile of a magician revealing a favourite trick, “So a lot of the documentaries start off cold with the senior’s voices and they just talk for like 30 seconds, a minute, 40 seconds and if you only speak English you don’t know what’s going on for that first bit, you just need to sit with that discomfort.” 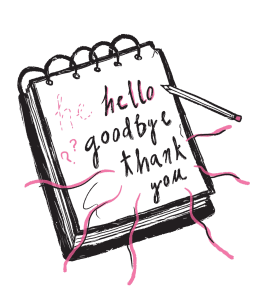 In a lot of ways both Speak My Language and Yarrow Society act as bridges, between different cultures and languages, between the youth and the seniors of our community; a dream born over the 10,245km distance between Hong Kong and Vancouver.

The full interview with Lau can be heard on the episode 4 of the Motherlands podcast: What Comes Next. Speak My Language will be airing at CiTR every Monday at 3PM until the 7th of September, with a bonus episode on the 14th. If you missed the start of the radio doc series, don’t worry! It will be re-airing at the same time starting on the 21st of September 🙂 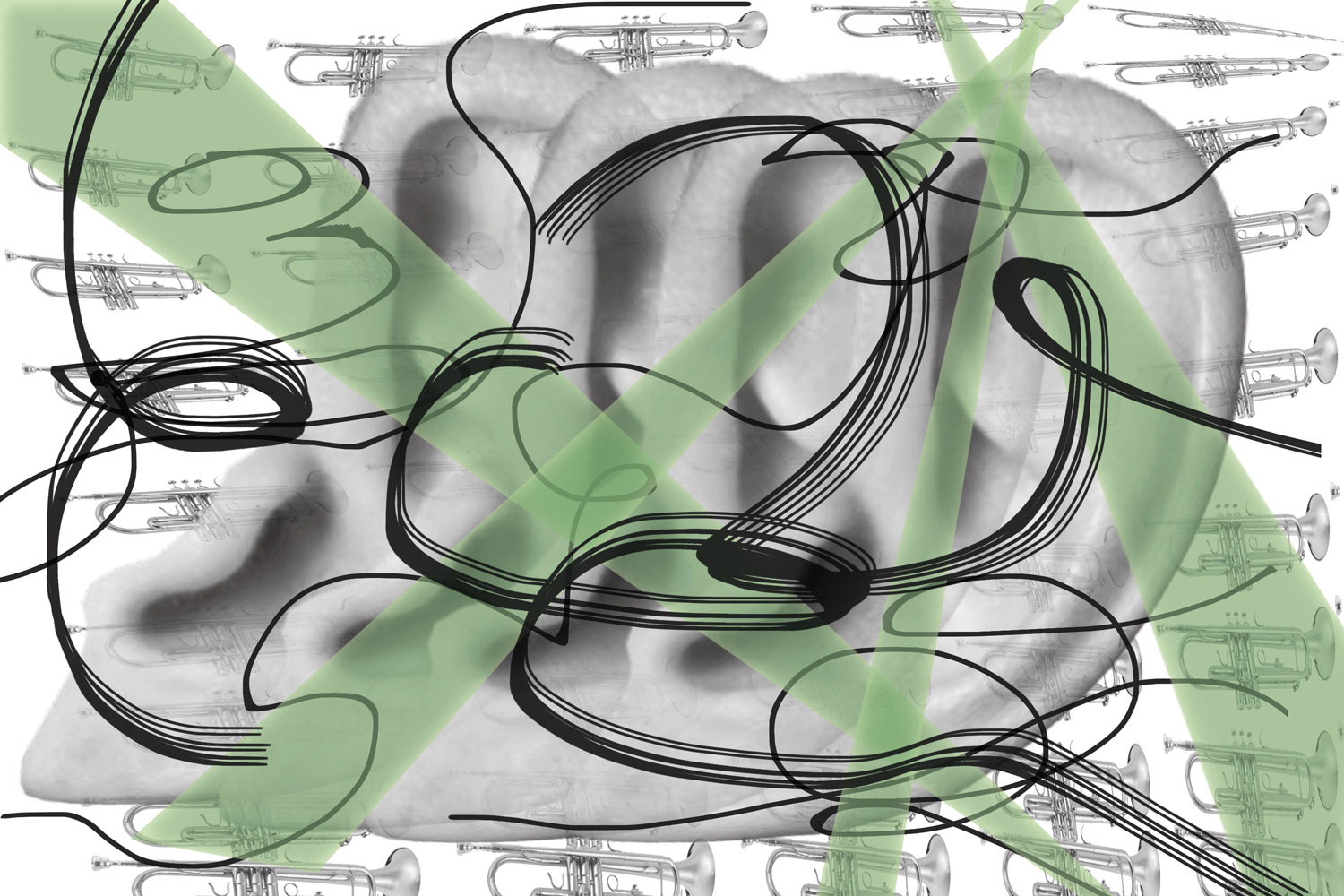 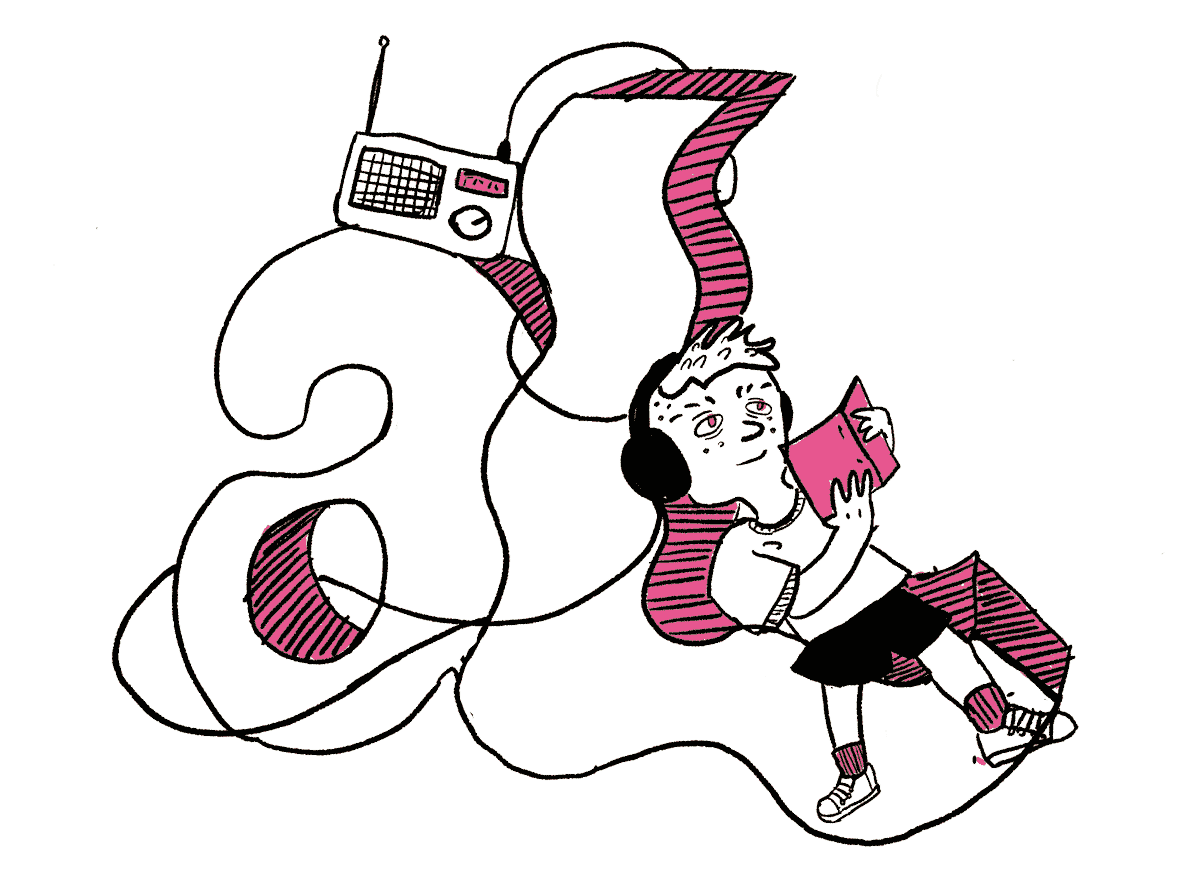 Victoria’s community for the arts is abundant with incredible talent. However, bifurcated down separate avenues, the music and the visual arts scenes have been staying in their respective separate lanes for the most part. This long-standing inherent division is being bridged with the help of alphbt., an arts initiative led by Mikayla Koch and Zane Coppard, two phenomenal creatives in their own right.

An inclusive, necessary and almost natural conceptualization to pop up in Victoria’s arts scene, alphbt. values simply bringing the community closer together whilst providing a platform for artists, of any medium, to bring their vision to light. Speaking with the duo behind the initiative, we unpacked some of the work that they have done thus far, goals, as well as how they even came to be in the first place.

M: What was your vision for what alphbt. could contribute to Victoria’s arts community?

Z+M: alphbt. was created to foster a safe space for artists to get to know and support other artists, as well as charitable organizations, in our community. We are completely not-for-profit, so all of the funds generated go right back into the community by means of donation or holding more artist centered events. 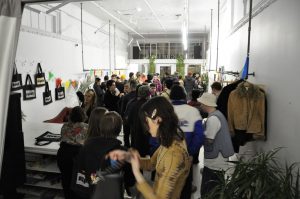 alphbt. is truly for the people and by the people. No matter which way you look at it, it’s clear that the biggest focus of it all is to pour back into the community. Whether it be bolstering relationships between fellow creatives or channelling funds into pertinent local causes. One of the main aspects of the initiative, like they said, is getting to know other artists. There are several ways they go about doing this but one particularly prominent instance of this took place this March with the launch of their first zine. They organized a launch party in the form of an art show to promote the release, and the event featured 24 different local artists. 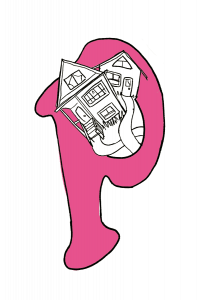 M: How did the idea to create alphbt. come to you guys?

Z+M: Originally Zane operated a creative entity called ‘Art Until Death’ but decided to dissolve that. We created alphbt. from a similar idea but more inline with both of our interests, again playing with the idea of better in-meshing visual arts, music and cause.

M: What is the significance of the name “alphbt.” itself? (AND, what’s the story behind the mascot, so to speak, Nigel the rat?)

Z+M: If you think of the alphabet itself, it is all encompassing; non-exclusive. We would like to do our best to replicate this in what we do.

Nigel the rat is an off-beat play on a typical cartoon character, he is a light hearted way of signifying that we don’t take ourselves too seriously.

Even within the simple meaning of their name, they hold themselves accountable to their commitment to inclusivity. Needless to say, this is somewhere that a lot of platforms tend to fail. In looking at the pool of people alphbt. has spoken to in their interview series “5 Photos, 5 Questions,” their commitment to being a platform for all is starting out quite strong. Considering how BIPOC, queer, and creators of other marginalizations are present within every community and yet somehow underrepresented in the arts: it is not just a breath of fresh air, it is a must for these outlets to give space to those folks. Glad to see alphbt. striving to do exactly that. All the while, maintaining a particular down-to-earth lightness and humility. 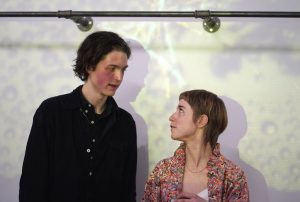 M: Since coming out with your “5 Photos, 5 Questions” series and hosting your zine launch, what’s your favourite thing you’ve seen emerge from the work you’ve done so far?

Z+M: It was really nice to see all of the support from the zine launch. From the artists themselves, to the sponsors, to the attendees, there was a lot of love going around which helped everything come together very seamlessly. 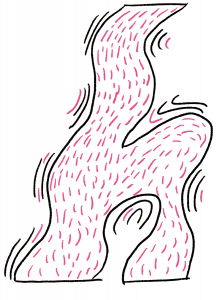 It is a massive pleasure to see the aspirations of alphbt. coming to fruition so perfectly to plan. It is undeniable that this community, already full of so much love and camaraderie, will only grow to become more interconnected and vibrant with the work of Zane and Mikayla’s initiative at play. Really, it goes without saying that this is just the start, so you can’t help but wonder with such bright beginnings, what else does the future hold for alphbt.? I’m hyped to see.

Additionally, the intent behind “5 Photos, 5 Questions” is so brilliant at bringing an openness and authenticity to local artist relationships with each other, and their audiences. The series works to shed light on who each creative is beyond what they create.

M: How do you typically track down artists to feature?

Z+M: At this point, mainly personal relationships but we’re always open to talking to new folks. We try to have the feature out around a time when the artist is releasing work.

M: Your zine proceeds were directed towards Suicide Prevention Education & Support, what made you choose this?

Z+M: It was chosen for both personal reasons as well as knowing that it is one of many topics that is still rather difficult for people to talk about openly. “Need2” (https://need2.ca/) has a lot of great support not only for prevention but also for those affected by suicide in any way. 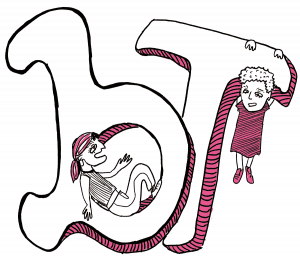 The fondness amidst Victoria’s art scene is contagious and the growth of the community, as a more unified entity, is an inevitability. alphbt. acts as a link between people who were bound to come together somehow, I think. With their initiative bringing creatives of all mediums together, they just expedite the path to that togetherness. I guess you could say alphbt. is essentially the mother of all icebreakers, except way cooler.

To keep up to date with alphbt: 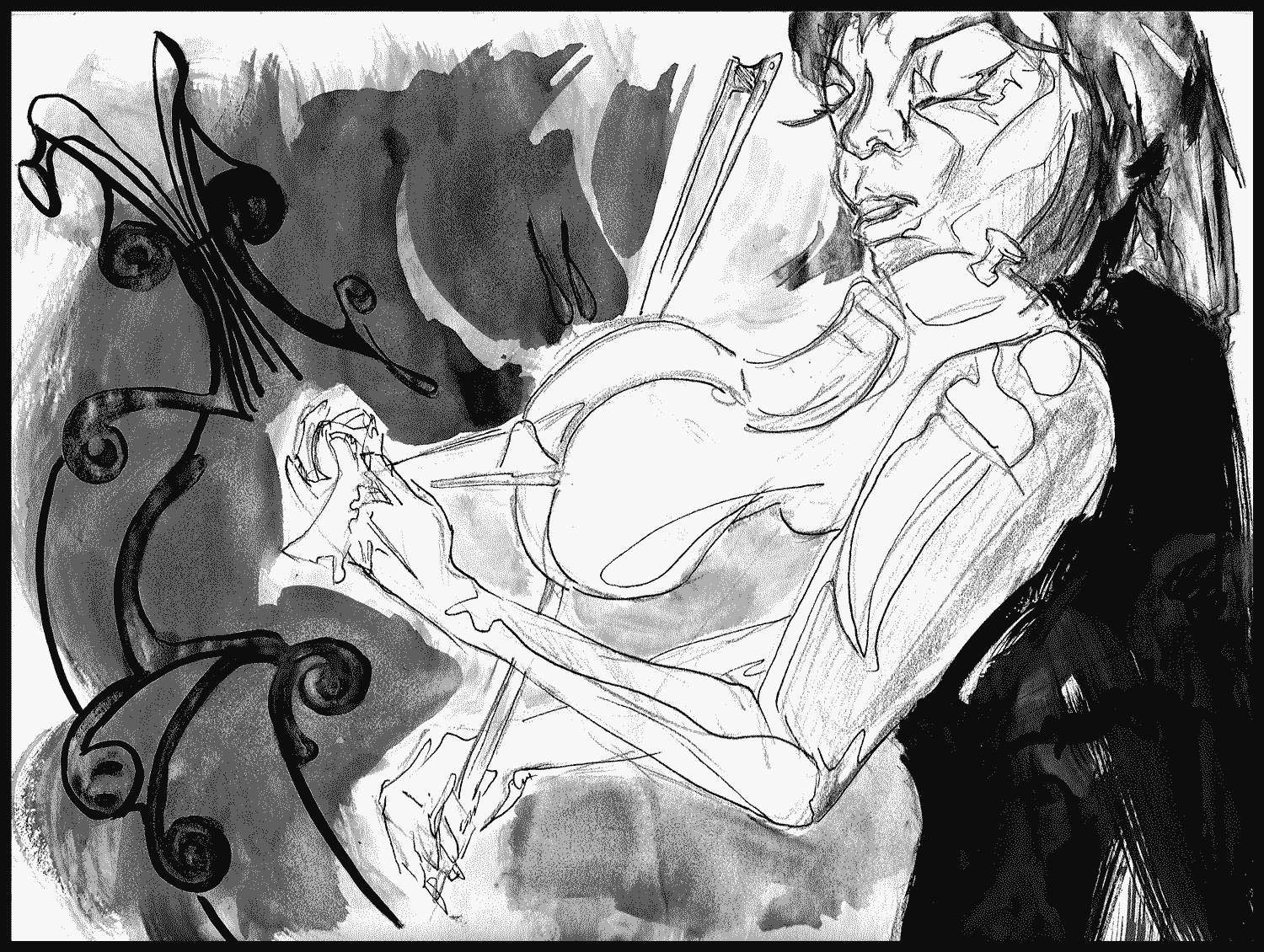 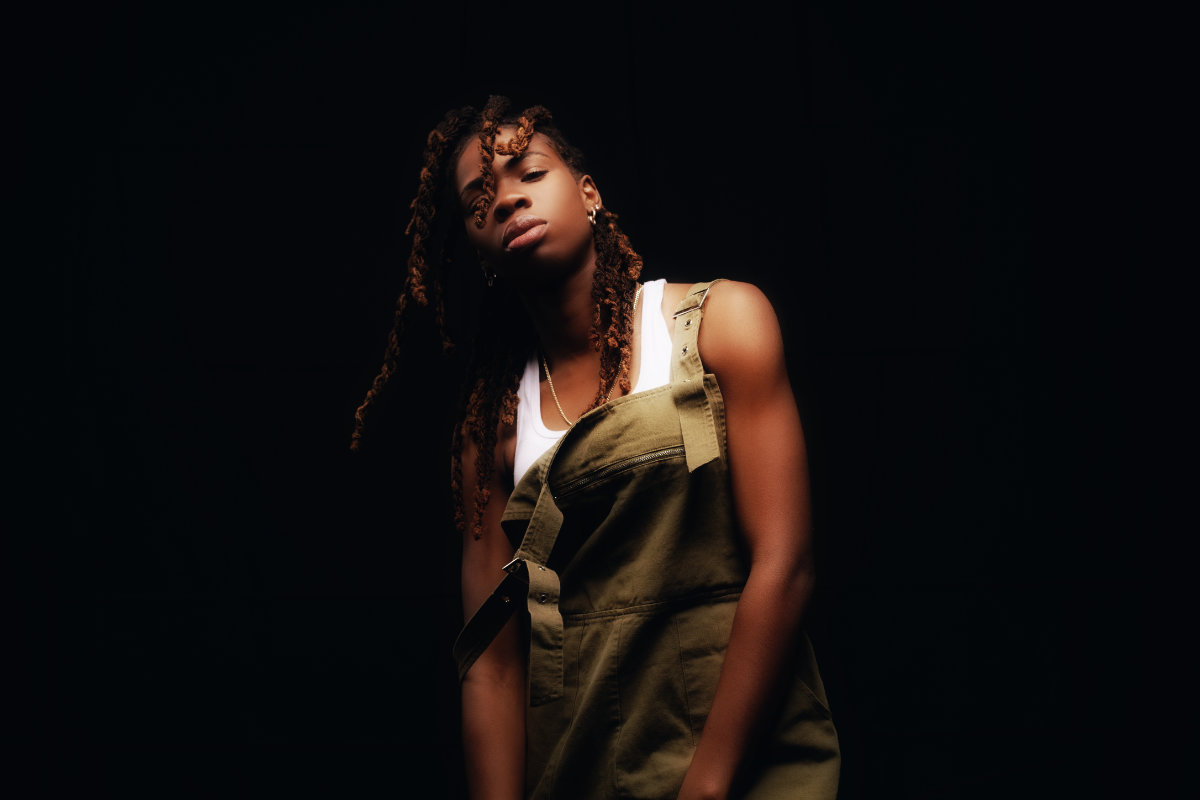