Caitlin Howden must be playing some sort of Canadian city bingo, because she has hit a trifecta of Canadian comedy. Whether it’s in Montreal, Toronto, or currently in Vancouver, she has always found humour wherever she lands. As an improviser and a comedian, Howden is confident and committed, with laser focus on finding what’s funny in a scene, even if that means playing the character of a “butt demon” as she confesses to have been at a recent show. Her approach to improv is to “be funny first, care about your scene partner, and have the intention to entertain an audience.”

Howden’s pursuit into comedy began with Uncalled For, a Montreal improv group she co-founded during her time in Quebec’s CÉGEP. The group was loose, funny, and bonded Howden to the energy of improv. It was only after Howden went to Ryerson for an acting degree that she realized how much she missed comedy.

“Every summer Uncalled For would tour the fringe festivals,” says Howden. “We had a shortbus that we bought and spray-painted black, and then we got a local Montreal graffiti crew to tag our bus for us. It was cool. We had these little aliens on the side. It was amazing. And we’d do fringe festivals in the summer and I’d go back to school and think, ‘Ugh, I miss that playfulness, that fun.’ So I just started doing shows in Toronto. Well, I went to a lot of shows. I went to every single show that I could in Toronto. I was a total fangirl, and I asked them to do their shows. I said, ‘Can I perform?!’ And they’d go, ‘Uhh, I don’t know who you are. So… no.’ And I just kept wearing them down until one person saw me do a fringe show in the summer and say, ‘Oh, no, she’s actually good’ and that’s how I got into the Toronto comedy community.”

It wasn’t long in Toronto until Howden hit it big. She auditioned for The Second City and was immediately cast in the Second City Touring Company. Howden was in the Touring Company for six months when she moved up again, into the mainstage cast. The relentless mental taxation she endured co-creating four mainstage sketch revue shows are what Howden describes as “the best job she ever had.” With this quick rise and with Howden’s drive to pursue the next goal, it shouldn’t come as a surprise that she was cast in The Second City Project, the company’s brand new TV show that aired its 30-minute pilot April 19th.

“I auditioned for it three years ago. That’s how long TV takes,” says Howden. “They made the cuts and I kept making it. And I made it to the callbacks. They flew us to Toronto for an audition and then I flew back to Vancouver. And then a few months later they said, ‘Okay, we want a smaller group to fly to Chicago.’ So I flew to Chicago and that’s where they decided the cast. Then we flew back and that’s when I got word that I was cast in the Second City TV show. And the crazy part was we didn’t know what the show was. They just said, ‘We want you to write a sketch show and we don’t know what it’s going to be, so here you go.’” 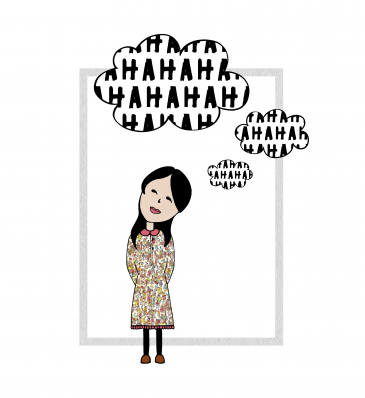 While Howden became crafted as a comedian at The Second City, Vancouver’s The Sunday Service has been her comedy home for the past three years. Joining the group in 2013, Howden blends into the hilarious, eclectic group of improvisers so well.

“I think it helps that we’re all best friends,” says Howden. “We see each other during the daytime. I say that and I think, ‘Why is that such a big deal?’ But it is a big deal. To see someone in the daytime? That’s friendship. Not just at a bar one night where you’re like, ‘Hey buddy, what’s up?’ It’s like, ‘No no no, I’m going to see you in the daytime. We’re going to hang out… in the daytime.’”

Howden has built quite the comedy resume. And with an active mind and a funny, energetic voice that flows like a buttery waterfall, she continues to thrive in comedy. Whether contributing to the nationally-recognized Second City or trailblazing loose, exciting improv with The Sunday Service, Howden is certainly accomplished. And what do groups like these mean to her? Well, only Howden can say.

Interested in seeing Caitlin Howden perform? You can catch her every Sunday at 9 p.m. at the Fox Cabaret as part of The Sunday Service or from the comfort of your own home on The Second City Project at globaltv.com/thesecondcityproject