04 Goodbye
Only a little over half an hour late Sonny & the Sunsets took to the stage at the Cobalt on this night to open for Best Coast. The concert had preempted the usual Friday night crowd, but no one seemed to be complaining least of all No More Strangers’ usual DJ Tristan Orchard who kept people entertained between sets.

Sonny & the Sunsets looked and sounded like veteran musicians, used to the world of live performance and a bit world weary, but excellent musicians every one of them. The four of them didn’t provide any surprises, but they are very good at playing sunny pop music that would be well received by those in the mood for the Beach Boys or New Pornographers.

Many great bands have off nights and this unfortunately was one of those for the vocals of Bethany Cosentino, lead singer of Best Coast. Her voice, which on record manages to simultaneously convey both a sappy longing and cool disdain, is usually the standout part of any Best Coast song, but this night at the Cobalt it didn’t live up to the standard set by the recordings. Checking out a sampling of reviews of previous performances did not indicate that Cosentino’s underwhelming vocals were a regular problem, so hopefully this night will just go down as a night forgotten amidst a tour full of much more successful evenings.

Luckily Cosentino didn’t let us down in her ability as a musician so despite her voice sounding weak on some tracks she effortlessly played her mint green guitar. Backing her were band members Bobb Bruno (on guitar) and Ali Koehler (the band’s third drummer) did not disappoint playing excellent music that kept the music sounding as fresh and exciting as anything on the record. The band ripped through their excellent repertoire of hazy surf/garage pop playing some of the audience’s favourite songs such as, “Crazy For You”, “Summer Mood”, “Boyfriend” and the closer “Each and Every Day”. The crowd happy to be at the sold out show enjoyed themselves, singing and dancing along when the mood struck them. Though the audience didn’t howl enough to encourage an encore no fans were driven from the show early.

Was it a disappointment that this excellent band hadn’t lived up to our perhaps unreasonable expectations? Yes, but that didn’t change the fact that Best Coast is one of the few bands touring right now that provides an original and excellently executed take on modern music and well worth seeing if the opportunity arises.
[Update: though unofficial I’ve heard rumours that Cosentino was sick this night and that would explain the problems with her vocals at this concert.] 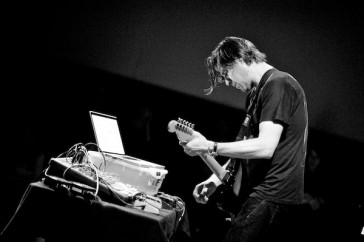