Deaf Chords, at first sight, almost make for too twee a coupling. Their frugal guitar and drums set-up reinforces the close-to-home bedroom rock vibe. But this ostensible conception belied the menace of which Deaf Chords is capable of. Simple but jagged guitar work that juts out among the more prominent vocals, eventually segue into uninhibited up-tempo riffs. What might be identified as admissible amateurism in Andrew Hancock’s quavering voice instead conveys the deep aspiration that turns into maddened hunger; the tenuous line that dissipates when his guitar is ravaged, with labouring drums that work to hold the songs together as the strings tear them apart. I feel that many could’ve come out condescending — calling them the favourite by merit of their rookie affectation — but the strength of their performance was evident.

In costumes, Spesh Pep came on ready for Halloween, but with a stage less than ready for them. Technical problems aside, the band’s high spirits were welcome (and appropriate) given their peppy music: an odd melange of funk with a weird pop sound. My pompous UBC education aside, I have to defer to my friend’s apt description of Spesh Pep’s live sound as “twonky.” It’s a fitting adjective for songs that seem to inevitably descend into dissonant reveries of psychedelic noise, cute harmonies that turn into fever dream screams — songs which knock the costume accouterments off its musicians. An additional pleasure: their penultimate song was joined impromptu by a saxophonist, whose lines were reminiscent of James Chance. It was an extremely happy coincidence.

War Baby opened with a rejoinder to Spesh Pep’s cute introductory palaver. Allowing no time for fanfare, they made both their desire to win and their advanced level of intra-band rapport immediately evident with a pneumatic wallop of grunge. War Baby is a scarily tight unit live, playing with a cohesion that seems mechanically sharp while retaining an entirely human furor. Any pathos off their EP, Jesus Horse, was extricated in favour of pure rock brutalism. Jon Reddit, with hair wildly masking his face, made the most imposing figure on the Railway stage that night. Even War Baby’s light chatter between songs was starker, peppered with a vicious faux-vacuity. But their music made clear they were absolutely on-point: galloping bass, innervating drums, and sickly sweet pop-sludge riffs collide together to threaten the audience with real physical force.

I felt going in that of the bands, War Baby had made more of a name for themselves. As the most practiced band, it was not surprising that they won the night. But as much as I enjoyed the competitive aspect of Shindig, at some point, comparisons between such disparate acts won’t manage to capture a whole picture. I walked out with three distinct impressions and extremely satisfied I had made the trip out that Tuesday. 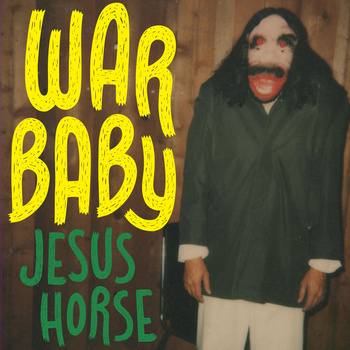