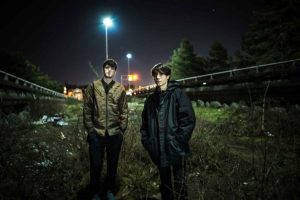 Best enjoyed while lying on the floor next to speakers and a subwoofer set to max, Neu Balance’s Rubber Sole is a record ideal for losing yourself to. Within the album’s warm bass and lush, ambient sounds, sweet conversations emerge, taking the listener on a hazy trip

After five years of working together, Sam Beatch and Sebastian Davidson’s (a.k.a. Neu Balance) debut release is on 1080p, a Vancouver label which deeply reflects both the band’s and the city’s electronic sound; Rubber Sole pulls from genre, replacing suggestions of dance beats with ambience. By exploring themes of dystopia, through extremes of lo-fi haze textured with hi-fi sounds, Neu Balance travels through the opposing forces of dissonance and consonance — or in the words of Beatch, “what is totally fucked and what is totally pop.”

Within Rubber Sole, Neu Balance create a juxtaposition between minimal music, moments of textural sound, and the blatant expression of pop and commercialism in their branding. Beatch and Davidson even paid a voice actor $5 on fiverr.com to do shout outs, West Coast radio show style. Beatch believes, “It’s hilarious, it’s superficial, [and] it’s a detachment. It’s a way to communicate to people without using microphones.” Rubber Sole presents itself as tongue-in-cheek  goofy, in an ironic way.

Instead of being just two guys with a keyboard, a drum machine, and Abletunes, Neu Balance’s albumis the product of their skills building rich electronic textures, sometimes getting stuck on one amazing loop. In technical terms: “Audio is abstracted from processing through multiple stages of analog mediums, tape, ghetto samplers, etc., and then sequenced live by computers.” 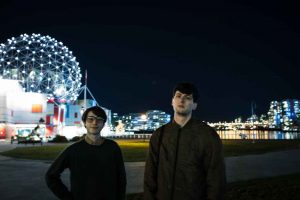 Beatch believes that sound design is a major focus in their work: “We treat our sound design with subtlety and heavy attention to crafting sonic-detail. While we utilize blatancy in creating signifiers for dance music, the future, and the commercial world because we are confused for an American company.”

Absorption in creation — not presentation — is the pinnacle of Neu Balance’s enjoyment. “Listening to a sound we’ve made for five hours straight is interesting,” says Davidson. “With electronic music, you will get to the final moment in your song before anything else. The main idea before the intro.”

This being said, producing live is important to the duo, their goal always to “appropriate the party when confronting people with dance music … really engage with people,” to create movement to “try to make computers speak in a human way,” and to play with signifiers of dance music within their sound. Mirroring Neu Balance’s album, their live sound is more a maximal, direct, fucked, future psychedelia. They achieve this through the use of two connected laptops, not setting anything in stone. As a result of the spontaneity and random human error, the duo create rich, multi-layered compositions. 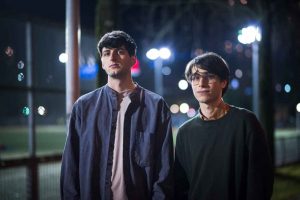 Neu Balance actively challenge the notion that computer-based music can only feel cold, and the performance of producers is not human, even if accessible. As explained by Beatch, “Bullshit, but it is a lot different … we try to be live humans making sounds on the spot and engaging the dancefloor. Once you’ve produced a song to the point where you press play on it, you don’t want to perform anymore.”

When producing live, the duo rarely speaks and use separate computers to construct and layer their sounds. To the audience, who only sees the pair periodically ignore each other, it can be surprising that Neu Balance achieve coherence. Having been asked by people regularly: “How the fuck do you know what the other guy is doing?” Neu Balance ultimately answer: “We just practice.”

“When we’re jamming, we don’t have to talk much,” says Davidson. “We can go to each other’s laptops, and if we want to turn the other’s sound off to see how [the beat] sounds without something or need space for new sounds and experimenting that way.”

“I think that having another person validates what you’re doing,” continues Beatch. “[Sebastian] has great input, and helps my ideas, creates feeling sometimes in ways that I couldn’t.”

Both Beatch and Davidson enjoy being part of the Vancouver dance scene and are disparaging of the “No Fun City” label Vancouver’s been accused of. Instead they are thriving inside the city’s DIY dance community, spreading the word via friends, friends of friends, and word of mouth. It has to be secretive and DIY because of the likelihood of being shut down, coupled with the fact that it’s getting harder to find places to play. At one point, Davidson asks: “Can we say ‘Fuck the police!’ in this?” over top of which Beatch adds, “The great thing about Vancouver is that instead of being beat down … people will start new venues.”

While some readers might be curious as to what genre the duo fall under, Neu Balance don’t consider themselves vaporwave and dislike umbrella terms like outsider electronica. Rubber Sole is a multi-genre conceptual album that builds off the local dance music culture that they readily identify with. Beatch explains: “We love the culture around it. It can be very transformative getting people dancing, and giving people that experience.” 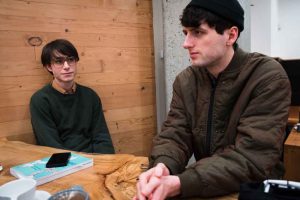 “We also believe in groove and texture. We want to stimulate the mental as well, and want there to be more to it; we think we can do it through live music.”

With a name like Neu Balance, there are many layers of meaning over and beyond the use of shoe visuals. “The superficial understanding of our name is that company … It’s important to be able to express while not taking yourself too seriously,” says Beatch.

But another understanding, reflected in Rubber Sole’s album cover, could be in reference to Karl Marx’s Accelerationism.  A black outline of the New Balance shoes depicting the problems with the corporation as humans, the yellow background representing solutions to the problem, and the white lettering of Neu Balance representing them, at peace in solving these problems, or just settling for future dystopia. Or Neu Balance is just a reference to Neu! The name parallels the music and, as for Beatch and Davidson, context and understanding is everything.

The pair exploit the intersection of discourses on thought, art, and dance, while still being quite accessible and thought-provoking. It may be difficult to dig into the smoke and mirrors of the metaphor that is their name, but Rubber Sole is an interesting collage worth dissecting.

Be sure to check out Neu Balance at Skylight on February 7 when 1080p presenst: Neu Balance + Friendly Chemist Album release party, along with DJs Scott W and LNS. 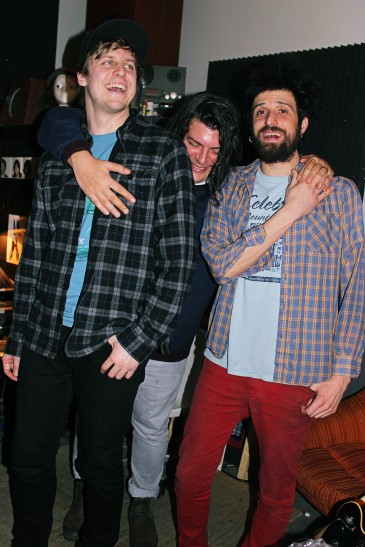 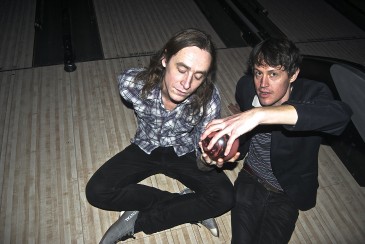