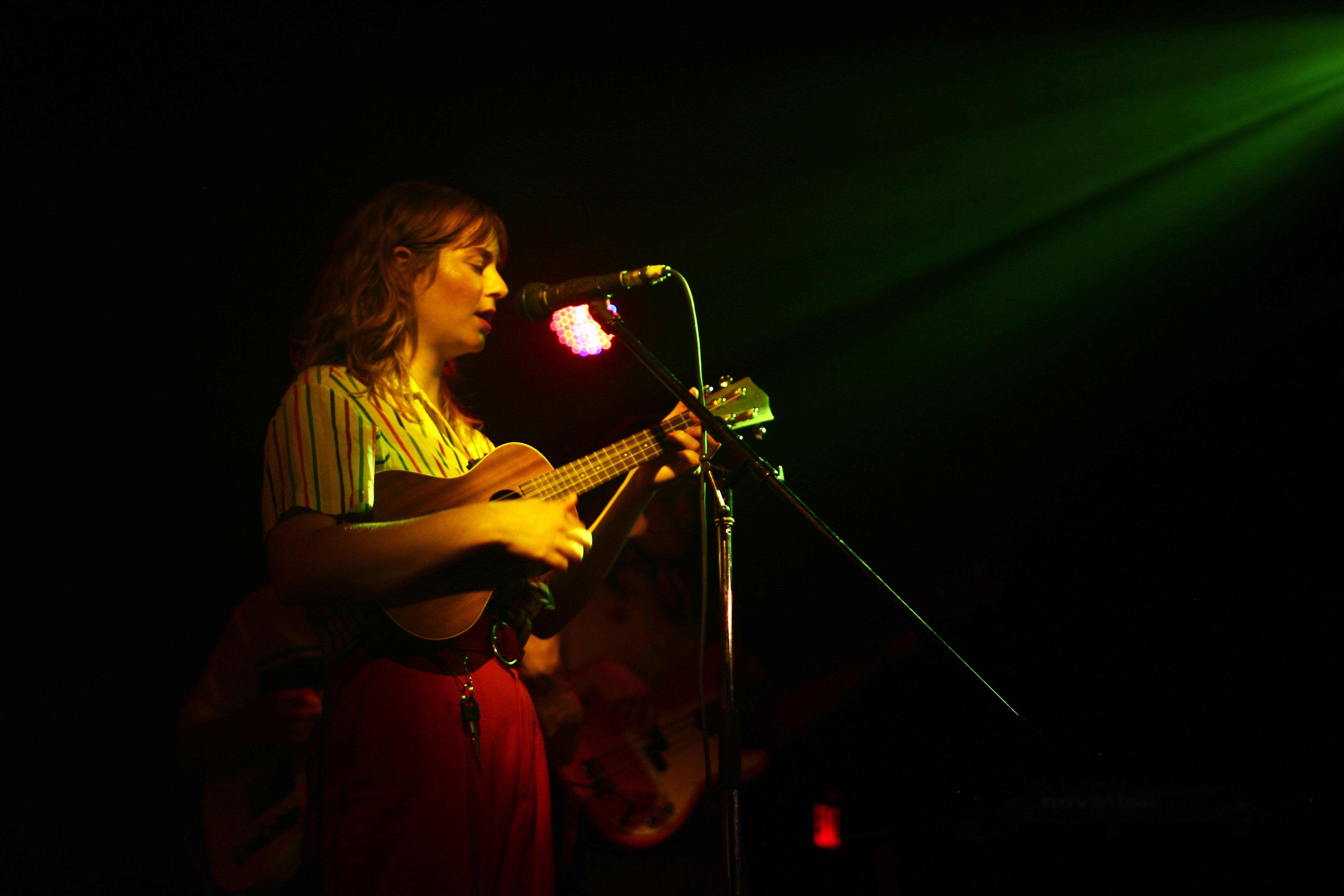 Music Waste is always a scramble of a weekend, desperately dashing between venues, leaving sets early and arriving moments too late to see all the shows you had hoped to catch. Of course, that’s part of the fun. With over 70 of the city’s best bands, not to mention the comedy, art shows, drag performances, poetry readings and dance parties, it’s easy to be overwhelmed by all the excitement that you will undoubtedly not be able to see.

All that made the opening night at Fortune an absolutely perfect way to launch the wild weekend. Twelve bands, three stages, all in the same venue, with set times spread out just enough to be able to comfortably see it all — which is just what I did.

Kicking off the night on the Electronic Stage, Hush Pup’s vibe-heavy pop music filled the small room, while the bassist’s solid grooves pushed out into the main room of the venue and drew the early-comers in. Simultaneously, club sofa started up the Art Room Stage downstairs. The surf punk four-piece cruised effortlessly through their quick and catchy set, sounding like a more uplifting Speedy Ortiz and setting the bar high for the rest of the bands to come.

As the opening two sets came to a close, Hope took to the Main Stage. His bass-heavy beats infiltrated every inch of the venue, while his incredible wordplay and flow captured the attention of the ever-growing crowd. Mamarudegyal, who had been DJing throughout the set, stepped out to sing for the last song, just hinting at what would come later in the night.

At this point, the venue really started to fill up, with the crowds migrating between the three stages almost in unison. With the Electronic Room and Art Room sets happening concurrently, the crowd was split between the two, converging every hour for the Main Stage set.

Mosfett’s set made the Art Room almost unbearably loud, with their outstandingly heavy and distorted guitar tones pushing the limits of a healthy concert-going experience. At the same time upstairs, Timing X’s brutally fast dungeon synth set pumped pure energy into the Electronic Room. Sounding like they were fast-forwarding through Zelda: Ocarina of Time, they crammed what seemed like 30 songs into their 30-minute set.

On the Main Stage, Haley Blais played to a now-full Fortune. Her soft voice and ukulele would’ve felt small amidst the big room if not for her solid backing band, hitting all the marks of a successful if not safe set of indie pop tunes. Standing out among the rest, Blais’ “Small Foreign Faction” showcased her vocal chops, while serving as an emotional crescendo to the set.

Packed in as tight as physically possible, the audience overflowed the Electronic Room for shitlord fuckerman. Clearly a crowd favourite, shitlord’s earnest and hilarious onslaught of 8-bit wonder proved that they are truly one of the most entertaining acts in Vancouver.

Downstairs, Be Afraid’s loud and messy alt rock perfectly evoked that fusion of grunge and pop done best by Built To Spill. Despite tearing through a snare drum halfway into their set, Be Afraid kept the increasingly steamy Art Room transfixed.

With a hint of déjà vu coursing through the venue, Mamarudegyal and Hope emerged onto the Main Stage again, but this time, the focus was clearly on Mamarudegyal. Despite a slow, R&B infused start to the set, the momentum gradually built, with every person in the room grooving hard to her voracious flow and hard-hitting beats.

A marked change of mood came over the Electronic Room with Wallgrin’s set. With the volume set low enough to allow for their vocal and violin layers to loop cleanly, the set was the most solemn of the night. Among the quiet moments, the intensity and grandiosity of songs like “River Valley” hit even harder, with a choir-like wall of vocals smashing through the middle of the otherwise gentle song.

Down below, Jock Tears’ unbridled power pop energy nearly burst out of the Art Room. Every member of the four-piece constantly bounded around the small stage, infecting the tightly packed room with pep.

With some of the audience trickling out, Pale Red closed the night on the Main Stage. Smashing together over-the-top fuzziness, beautiful vocal harmonies, punk thrashing and in-the-pocket grooviness, Pale Red were amazing, as usual. Like the entire festival crammed into one band, their spastic, catchy and undefinable sound was the perfect way to end Music Waste 2018’s opening party.