Everyone might want to sit down for this, because I have some shocking news for you: somehow, beyond all means of logic and reason, it’s already October.

Remember a month ago when everyone was welcoming/dreading the back to school season and companies were finding any and every way possible to somehow tie in their product with the return? I was part of a guerilla photo shoot near the end of August and we ended up in a furniture store where there was a “Back to School Sale” on mattresses. Ironically enough, anytime school’s in session is when I find myself getting the least amount of sleep, but who am I to challenge the commercial overlords?

Overpriced education aside, September marked my first solo month as Editor without the fearless Laurel Borrowman around to kick my ass and make sure I learned everything I could before her departure. My time with Discorder has been great so far and aside from the occasional article-induced panic attack, things are going smoothly.

I come with a background in writing and editing, so oddly enough the most difficult part of the job has been what I assumed was one of my strengths: the music. On my resumé for the position I wrote that I had “a familiarity with the music scene in the Lower Mainland,” which I honestly thought was comparable—at least amongst my group of friends. But over the last few months, I’ve found myself increasingly tumbling down the rabbit hole I call the Vancouver music scene. Turns out this frontman is also a solo artist under a different name and does event bookings for this venue, while this other frontman is a DJ and does promotional work for another venue. It isn’t just a case of double-dipping; it’s quadruple-dipping with freakin’ sprinkles on top.

In a way it’s convenient though, since the overlap acts to strengthen the mesh of Vancouver arts. Simply put, it was surprising to realize that just because I’d seen You Say Party! once in concert didn’t mean I was local music savvy. But I’m a fast learner and I look at this October issue as a kind of test I just aced.

This A+ issue boasts a variety of firsts for Discorder: seasoned writer Evan Brow’s continuous coverage of Vancouver’s funny business has graduated to full-on column status as “In Good Humour”; there are plenty of great features on local favourites like Top Less Gay Love Tekno Party, White Poppy, and Good for Grapes; we have a Riff-ific spread on last month’s Rifflandia festival; and the cherry atop your Discorder sundae, a feature on our cover band Village.

October also means we’re band-deep in SHiNDiG, so look forward to coverage of that in future issues of Discorder, as well as a non-stop showcase of other great local bands. If the Vancouver music scene really is a rabbit hole, what do you say we find out how deep this thing goes? 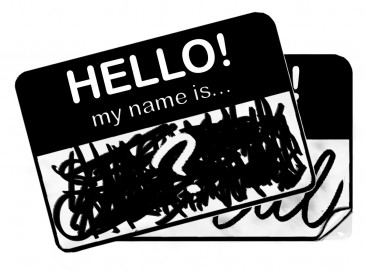