About 10,000 years ago there was a guy who left his cereal in some water. The natural processes of fermentation took over and BOOM! He had beer. Kind of. It probably tasted like shit, but it did the trick. Some of the earliest known writings refer to beer, like the Code of Hammurabi, which included laws that governed beer consumption. Today beer is the third most consumed drink in the world after water and tea/coffee.

I’m willing to bet that the farmer who first discovered this wonderful beverage probably spat it out and hated it. But the second or third guy probably gathered his buddies around and shared the beer. I can see them now, after a hard day of cereal farming. They sit down and their old pal, let’s call him Ezekiel, hands them a strange brew that they’re not too sure about. He encourages them to continue drinking. They’re about to head home to their respective huts when Ezekiel passes out one more round. The night is filled with stories and songs and shenanigans galore. The ensuing headaches the next day take a heavy toll on their farming. Thus was invented the weekend: A time to unwind with a pint and then sleep off your hangover.

For the following 9,500 years or so beer was largely a mom and pop operation. There are records of monasteries selling beer, but for the most part was made in small operations, limited to local establishments. It wasn’t until the industrial revolution that beer was mass-produced under brands that would become trusted purveyors of crisp smooth tastes. So basically, one could say that for about 95 per cent of beer’s existence, it’s been a craft beer dominated world. The industrial revolution was a bit of a double-edged sword. On one hand it made beer available in large quantities across vast expanses of land. On the other hand, global warming. Also, the beer that was made was a bit, how should we say… boring.

Like any mass produced item, homogeneous products seemed to prevail since they offended the least amount of sensibilities. You’ve got your stout lovers and you’ve got your pilsner lovers, but it seems that in the end, more people will drink a light flavoured beer than any kind of heavily flavoured beer. And that’s a shame because good beer is a wonderful thing and we all know that when you find a wonderful thing you should enjoy it responsibly. And repeatedly.

Luckily, we’re now enjoying a renaissance of craft beers across North America, which is pretty unprecedented. For years there’s been craft brewers here and there but nothing like what’s happened over the past few years. In Vancouver last year we saw Coal Harbour Brewing, Parallel 49 Brewing, and the Powell Street Brewery all come along. Over the next year four more are planned to open. It’s a goddamn beer lover’s dream world out there, folks!

In addition to our very own craft breweries, there is a number of places in town where you can pick from craft brews originating all over the place. The beer belly paunch has become as much a stereotype of hipster culture as the tattoo sleeve and ironic moustache. Far from being anywhere near as elitist and opaque as hipster music culture, craft beer makes the whole experience of sharing a beverage with friends that much more enjoyable. Instead of guarding the beer they discovered before anyone else knew it was popular, craft beer enthusiasts are on a mission to share what they’ve discovered with the masses.

When it comes right down to it, that’s what beer culture is all about. It’s why Canada is a beer country and why beer is one of the oldest drinks known to humankind. It’s a social activity. It’s culture in motion. Had a long week at work? Go for beers with your colleagues. Sunny day on the patio? Invite some friends over for a brew. Here’s the thing about beer and especially craft beer: when you enjoy it correctly, it enhances the social experience. Craft beer has opened up an infinite number of ways to do this. And because of that, I salute it. 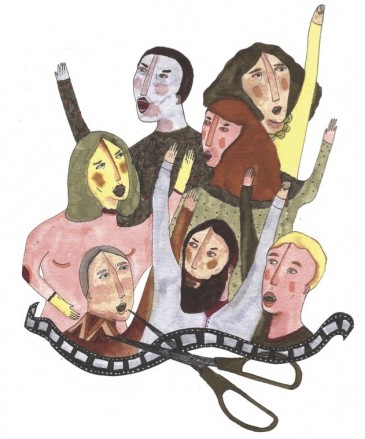