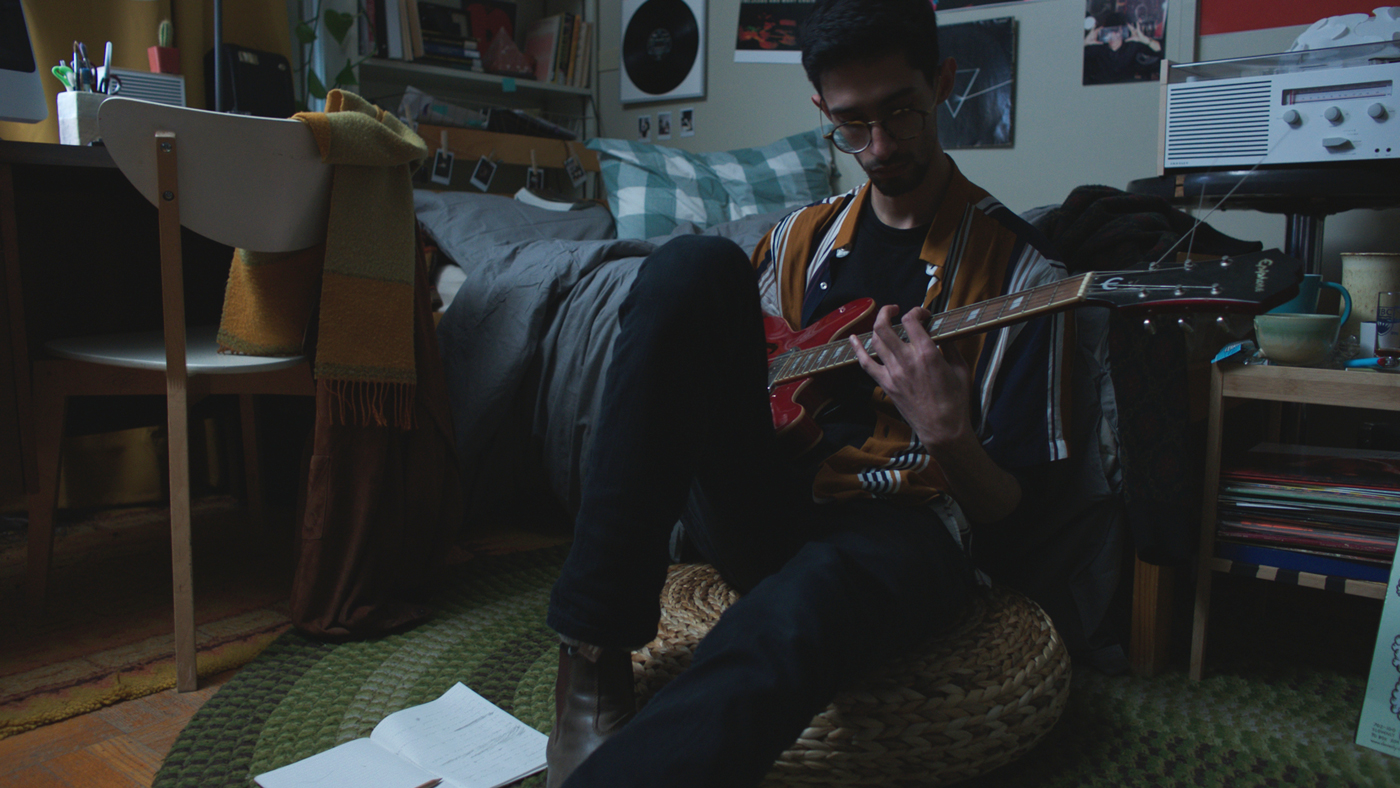 Said as a drunken joke, this opening line holds a much more sober meaning in Sam Mohseni’s short film, Poplife, screened as part of this year’s Vancouver Short Film Festival. We begin with Aria, an Iranian immigrant and musician, who is rehearsing for a gig with fellow bandmates Ariel and Antony, but his mind couldn’t be further away from the music.

We soon learn the source of Aria’s distraction when, during a songwriting session earlier that day, his mother Skype calls him from Iran. This is no ordinary catch up call, and after a quick dose of motherly interrogation, she delivers the devastating news that her and Aria’s father are separating. She quickly ends the call, leaving Aria with more questions than answers. “Don’t let it distract you from your life,” she pleads. As well intentioned as that may be, it’s certainly no easy task. He finds little comfort, or answers, during a later talk with his father, who also sheds some light on the political and economic turmoil engulfing Aria’s home country.

All this leaves Aria feeling uninspired and helpless, something he admits to during a heart-to-heart with Ariel after the band takes a timeout from rehearsal. It is in these moments where Sam Mohseni displays an acute awareness of the sort of separation anxiety and guilt commonly felt by those who move away from their parents. As Ariel rightly explains though, things change, especially after four years away, and that being at home didn’t stop her own parents from separating. This is hard advice to take for someone in the early stages of grief and Aria asks for some time alone, which he uses to reflect on a happier moment in his family’s history. It’s a simple but sweet scene; Aria’s father is playing a daf while he and his mother watch on lovingly. No matter what, they are still his parents. 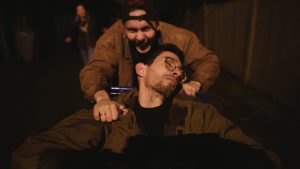 During their set that evening, Aria dedicates a song to his mother, much to the bemusement of his drummer Antony, who playfully teases him about it after the show, naive as to the intent. This triggers a confrontation between the pair, and it is a credit to Bayan Kazemi’s understated portrayal of Aria that this display of raw anger comes as a genuine shock. Ariel insists they all go home, so a heavily inebriated Antony decides to play cab driver and pushes Aria down the alleyway in a shopping cart; letting it go after building up some impressive speed. With music from their gig playing in the background, Aria looks peaceful, uninhibited and undistracted as he flies through the night. He soon comes crashing back down to earth (as well as a garden fence) which is instantly sobering, and Aria is left staring contemplatively into the night’s sky, perhaps searching for the answers he craves.

As an immigrant myself, and someone who has experienced the separation of their parents whilst living away from home, watching this film was a cathartic experience for me. It is said that what is most personal is most universal, a sentiment which has been translated sensitively and effectively by Sam Mohseni, and I look forward to seeing more work from him in the future.