Knee-deep in the music business since her teenage debut with Burning Dorothy, Britain’s Thea Gilmore works in the mold of Bob Dylan, Joni Mitchell, and Elvis Costello, among others. Eight years (including a three-year hiatus) later, those influences still hold strong on Harpo’s Ghost.

To me, the way artists use instruments is very important. Technique can contribute or harm the music considerably, depending on factors like variety and notes played. Throughout Harpo’s Ghost the instrumentation mostly stays low key yet interesting, like in the first (and probably best) track, “The Gambler”, with its smooth piano chords. Flashes of electric organ and harmonica solos (a Dylan trademark) grace such laid back tracks as “Call Me Your Darling”, and cello/oriental flute weave throughout “Slow Journey II”. On other tracks, a simple acoustic guitar or percussion accompaniment provides the only support for a sparse, stark tone (“The List,” “Whistle and Steam”). With her ear toward variety, she also includes a metal-pop serving (“We Built a Monster”) that’s sure to get some airplay (well, at least on 101.9 FM).

Gilmore also sports a strong, competent voice with minimal vibrato. She in fact reminds me of the modern Joni Mitchell (I’m not trying to box her in with these comparisons; it just helps in visualizing her music). Her penchant for writing fun, almost sing-along vocal melodies is a plus to my ears (such as “Cheap Tricks,” which I would release as a single if I were her). Besides, who wants to hear a cynical folkster without a decent sense of melody?

But what is her weakness, you ask? Two things: the first is the words. As with many introvert singer-songwriters, Gilmore writes lyrics that try too hard to sound mysterious and full of angst. The second is the production: too often, the electric rhythm guitar is played in the same loud manner. Some variety would freshen things up. 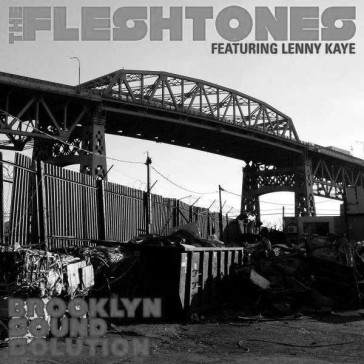