“You walked out took your chance,

You turned your back on our romance,

You said you’d found somebody new,

You said the change’d do you good.”

-“What Do You Want Me To Do?,” Pointed Sticks

Oooh that beautiful, disdainful, mosquito-whine sneer of a voice. Nick Jones’ vocals were The Pointed Sticks’ signature, wrapping sinuously around each song. Their string of singles from 1978-80 were perfect, teen-romance melodramas.

The Pointed Sticks had something for everyone. Great cover art. Guitar god Bill Napier Hemy channeling The Sonics and Pete Townsend, but in a new, Vancouver-ish way. Stylish rhythm section Tony Bardach (bass) and Ian Tiles (drums) kicking you in the mid-section right where it feels good. And Gord Nichol, shaking his shiny curls and underpinning the songs with his lush keyboard.

Lead singer Nick, seemingly a bad boy, was so shy he often sang with his back to the audience. When he did face the audience, his way of leaning against the mic stand and looking out from under his eyelashes was utterly entrancing. So adorable, every girl in the audience wanted to wrap him up in her loving arms and “just let me make it all better Baby.”

In my first year at UBC, my friends from Arts One and The Ubyssey played me their records, and I rushed out to buy my own copies. We were too young to get into shows, but the singles were accessible. We played them over and over, singing along at top volume. Later my band, The Debutantes, covered one of my fave Pointed Sticks songs, “Real Thing.”

At a time when in Vancouver we still believed that “the best” of everything came from somewhere else, finally here was a band that spoke directly to us in our own accent, and saw into our innocent little suburban Vancouver hearts like nobody had before. Yeah sure, London had the Buzzcocks, but here in backwater Vancouver, we had our own Pointed Sticks! (Both nearly played a local double bill in December 1979 with tickets printed and ready to go, but the Buzzcocks cancelled. But they had played together earlier on the tour in San Francisco.)

Those early 7” singles were produced and engineered by the dream team of Bob Rock and Ron Obvious, and had epic songs on both sides: “What Do You Want Me To Do?” and “Somebody’s Mom” were released in ‘78, and “Real Thing” with “Out of Luck” were released in ‘79, as was “Lies” with “I’m Numb.” The band radiated a youthful exuberance that exactly mirrored the energy we young Vancouverites were feeling ourselves.

We sent our hometown heroes off to London with great fanfare in 1980 to record with Stiff Records, but that fizzled. It was proof when we needed to be shown that there is really no place like home. It was a revelation. We were finally realizing that in Vancouver, it was possible to be the best in the world, and that we didn’t need labels somewhere else to tell us that. The Pointed Sticks’ 1980 album Perfect Youth, with its poetic title song, was a sublime and poignant summary.

They stormed back in 1995 with Zulu Records’ Part of the Noise compilation, followed by a fan-sponsored tour of Japan, perhaps inspiring the charming 2007 single, “My Japanese Fan.” In 2009 they released Three Lefts Make A Right. And just last summer, Pointed Sticks was released.

I turned 19 in the summer of 1980 after my first year of university. Finally, I was old enough to get into shows. My friends and I were all super excited for the biggest concert of our summer: Pointed Sticks at The Cave! Everyone was going but I was still waiting to be asked by the ambivalent Greek god I thought I was dating. Meanwhile, second year at Laval in Quebec City beckoned, and my Pointed Sticks singles were coming with me in my suitcase… 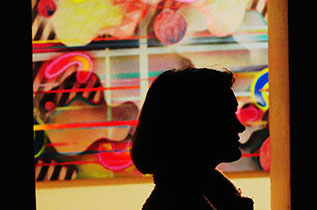