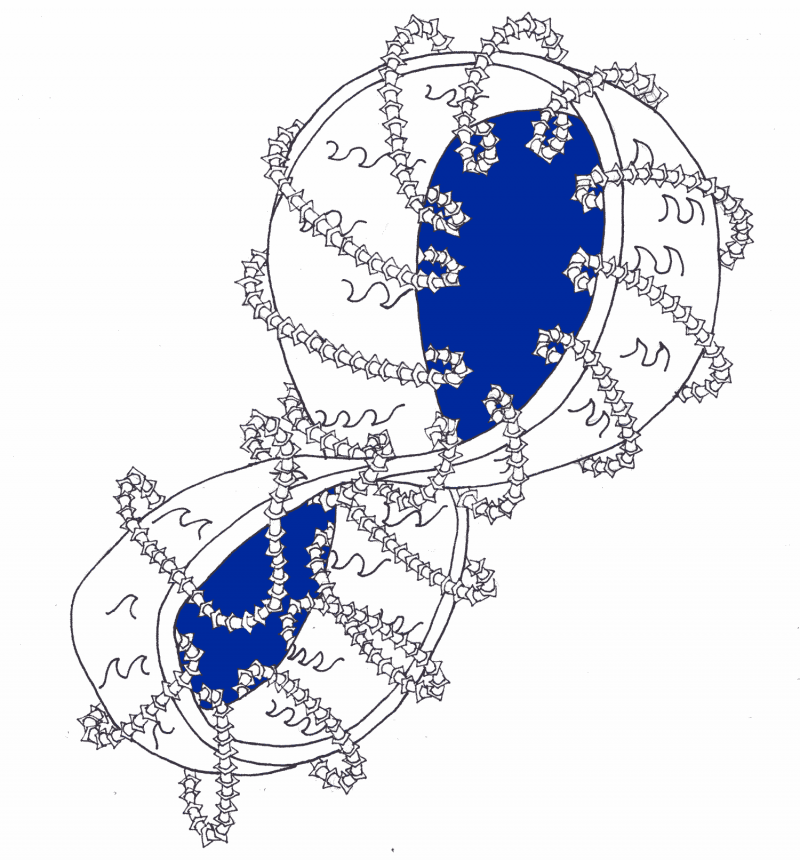 You could say it was thanks to rowing, that I met Stephen Hawking.

Rowing was the reason I was in Cambridge that Spring of 1994. I was stopping off in London to race as the international entrant in the Putney Town Regatta women’s novice sculls at the Thames Rowing Club.

Big picture: I was on my way to Norway to meet up with my dad and sister to celebrate 17 Mai in Voss. For Norwegians, May 17 is a really big deal. I would get to wear my cousin’s traditional folk dress for the parade, which was extra special.

I had discovered rowing in third year at UBC, and raced in 8’s and 4’s for two years under our fantastic, hard driving coach, Drew Harrison. I was a natural lightweight in a heavyweight world, but only the Men’s Crew fielded a Lightweight Crew, so I rowed with the heavies. Coach sent me to the Women’s National Lightweight training camp when I graduated in 1984, and at Elk Lake in Victoria, I got a taste of the pairs seat-racing style of team selection that really serious rowers experience.

After graduating, I took up sculling for fun. My rowing partner, Jeannine and I raced doubles, so competing in a single, on the choppy, unfamiliar waters of the Thames in ‘94, was something new. I departed Vancouver with good luck wishes, as well as some teasing from our Burnaby Lake “boatman,” the legendary former Olympian and National Team talent-spotter, Dick McClure, for entering what he called “just a cup race.” No matter, I was always in it to win it.

I loved stopping over in London anytime I was en route to Norway because I could visit Alison, my good friend and the bow woman from our 1982 / 83 novice year UBC Crew. (She would later coach a winning Cambridge Women’s Lightweight 8’s Crew at Henley.) Plus, it was a great way to get over jet lag before hitting the relatives in Norway.

This trip had the bonus of seeing my cousin, Greg, who was studying for his PhD in Philosophy of Science at Cambridge. I had never visited Cambridge before, and the chance to see him, his wife and new baby, plus my aunt and uncle visiting from Vancouver, was too good to pass up.

When I arrived on the train from London, my relatives were at Cambridge Station to meet me. We walked back to the house in the perfect May weather, as nature hummed with the kind of English Spring you read about, but rarely experience. The fragrance of green plants and new blossoms wafted around us as we followed the path, and my aunt pointed out fresh nettles and the antidote plant that grows alongside.

Greg told me that he often encountered Professor Hawking along the path he took between home and school, but that the general agreement on campus was not to disturb his private time and thoughts. Also, he travelled quickly. When it was dark all that could be seen was his light, jolting at bumps and zipping along like some ground-level shooting star. Nonetheless, the aura of his magnificent intellect and spirit was everywhere, and imbued the great university with special pride and a sense of protectiveness towards him.

After a visit with the new baby, a peek into the hallowed King’s College Chapel, and a tour of the university’s historic and intimate laneways, we emerged into a quadrangle illuminated gold by the afternoon light. My eye was drawn around the perimeter by the riotous lilacs that festooned it.

Not far from there, at the corner of a building, just outside the entrance (to his residence as my cousin later told me,) was the familiar figure of Professor Hawking, taking his ease in the sun, alone, and apparently lost in thought. This was a chance I could not miss. My relatives stood back aghast, while I walk-ran over, and with Canadian lack of formality, introduced myself:

“Hello Mr. Hawking,” I began, forgetting to use the correct Dr. or Professor, “My name is Erica.  I’m visiting from Vancouver. Canada.” I paused for what I hoped was a respectful moment and then continued, “May I take a picture with you?”

My aunt, seeing me hold out my camera, approached cautiously. The few moments I waited for his answer seemed both ephemeral and timeless. I had to lean in close to see what he typed, just one perfect word: “Yes.”

Time sped up again. My aunt snapped the picture.

“Goodbye, thank you very much, Sir!” I said, and skipped excitedly back to my relatives. They couldn’t believe what I had just done, and congratulated me with undisguised delight.

Back to that singles race on the Thames — Alison beat me, and she still has the cup to prove it. 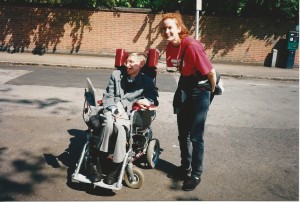 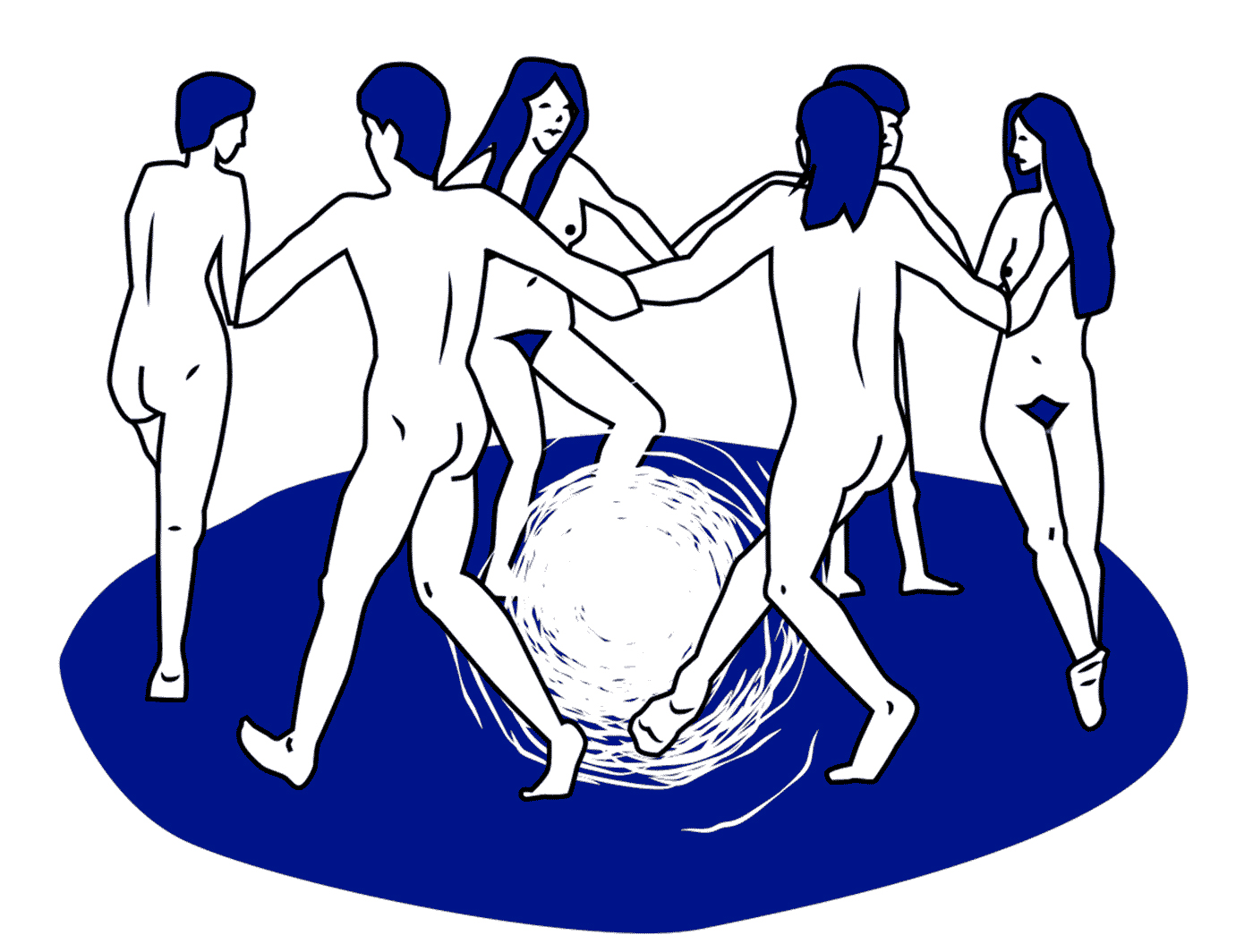 The best song to dance to in Junior High was Sweet’s “Fox On the Run.” Ricky van Rikxoort and I were the two shortest kids in our grade, and we both loved to dance. He was a rarity in that he was a grade nine guy who would dance — not just so that he could smarmily pick up girls, but for the joy of it. So at dances, there’d be Ricky on the gym floor surrounded by 10 girls at a time, and all the other guys lined up against the wall watching. Sweet had a string of great songs, like “The Ballroom Blitz” and “Little Willy.” That was another one of our favourites, but more of a roller skating than dancing song — perfect for Saturdays at the Stardust Roller Rink.

I never thought I’d hear music like that again. So when Gord and I wedged ourselves into the tiny front room of Dental Lab just before Valentine’s Day 2012, what happened next seemed miraculous and unbelievable. Paul Leahy strutted on stage with his new band, Hello Polly, and commenced to re-vivify the Glam Era right in front of our eyes… but with All!New!Original!Songs! Wow.

It was all there. The big, beautiful guitar sound up front; Paul playing with attitude, effortless style and swagger just on the edge of bombast; this fabulous, acrobatic voice leaping octaves with panache; witty poetry skipping through the songs like a rock glinting across the top of a sunlit lake on a perfect throw.

As true talent will, Paul made it look easy. He stood there projecting bright white energy off the stage as though it were flying from his fingers and his entire person in invisible rays. The concert was such an amazing surprise that the audience could only dance and marvel at what scarcely seemed possible. Glam. The Return of Real Glam. Played by a master surrounded by his acolytes.

Hello Polly, which at that time was Paul with Pointed Sticks members Ian Tiles (drums), Tony Bardach (bass) and Gord Nicholl (keyboards) were stupendous, and instantly became my favourite band. They remain so today in their new incarnation as, simply, Polly. Every song on All Messed Up (2012) is a hit, with “Jet Jet & the Golden Feather,” “It’s a Glam Glitter World” and “Put A Little English On It” topping my playlist.

How did it all happen? Paul first played guitar in The Toys, whose song “Hello” (1978) features incredible lead vocals by Rex Jackson-Coombs. After The Toys, Paul was in the legendary No Fun with David M and Pico. They became CiTR darlings in the ‘80s with their subversive Surrey provenance and the tune, “Be Like Us.”

Paul bridged the millennium (1998-2006) with The Transvestimentals, whose enchanting, otherworldly “Cosmic Planet Rock” called upon the talents of Nicole Steen and Valeria Fellini — who in addition to being musicians, were both candy-makers at Lee’s Chocolates on 10th Avenue until it closed.

Next, Paul collaborated with producer / musician Marc L’Esperance in Pleasure Suit, a project that proved to be an ideal incubator for Paul’s return to his ultra-Glam roots in (Hello) Polly.

We were a few friends visiting Paul at the hospital last month. Gord and I entered, tentatively, bouquet in hand, not wanting to disturb. Paul was seated with his guitar, jamming with Marc on “Filthy Chair,” practicing for the then-upcoming Super Duper Show at the Rickshaw Theatre. Paul rose and gestured for us come in. Hugs all around and then he found his notebook and wrote: “Hang out.” Offered cups of tea, we felt welcomed and sat down to join the circle. Paul’s wife Kimiko looked through his lyric notebook for a line they were trying to remember as Marc leaned in close to watch the movement of Paul’s nimble fingers on the fretboard. And then they were playing together, even managing to sing a few lines. A verse. A chorus. Another verse. There was magic in the room and we all felt it. Sublime.

Paul Leahy passed away January 26, the night before his tribute concert at the Rickshaw Theatre. We send condolences to his friends, family and fans. 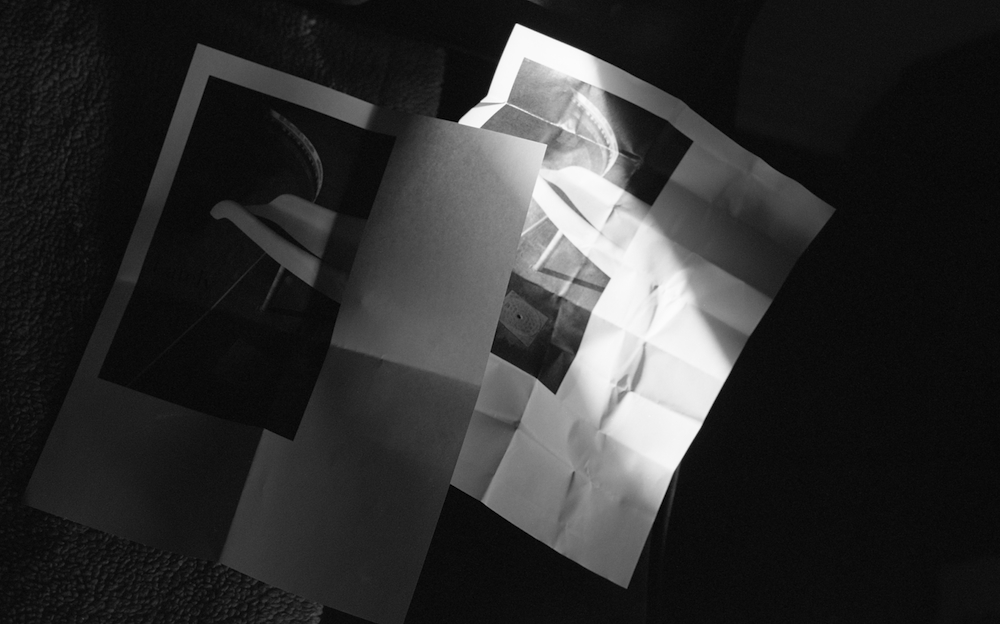