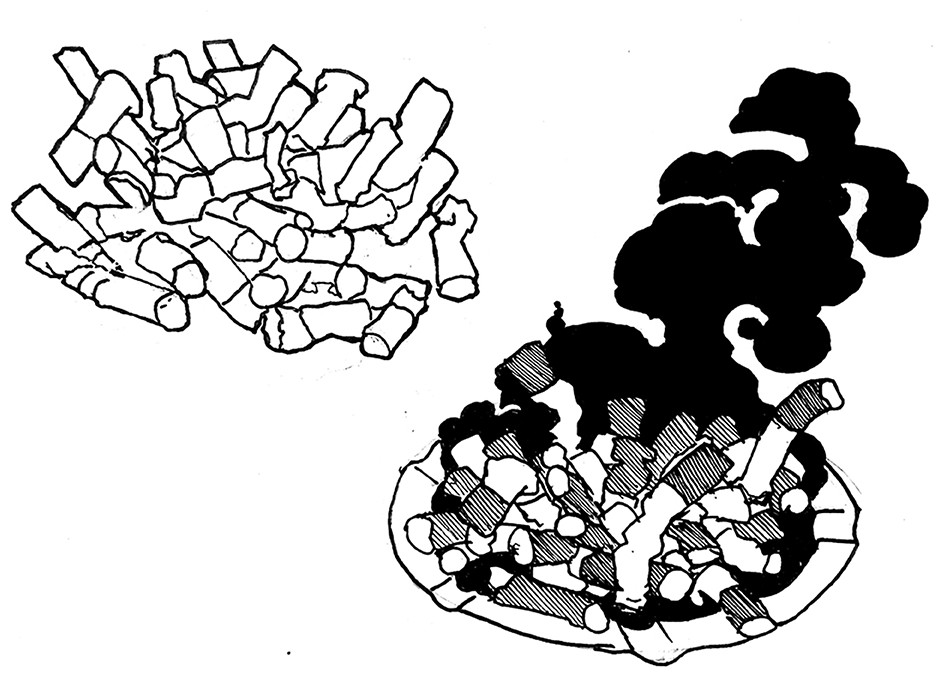 While watching Pill Squad at Khatsahlano in July, I saw Zippy Pinhead. He was at the front, like he always was when not on the stage, looking like he was still 23. Distracted, I heeled to the opposite side of the stage and missed my chance to say hi. But seeing Zippy, handsome-as-ever and tastefully tattooed in all his present glory, took me right back to the time he drummed with us in 1983… 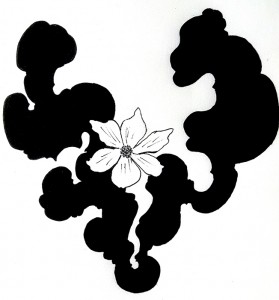 “Hey! The bullets are missing from my gun clip!” the VPD officer cried out over the heaving, dancing audience. “ATTENTION PLEASE. THIS DANCE IS NOW OVER. Please leave immediately through the rear doors. Exit in a calm and orderly manner.”

The party atmosphere, mistaken for a riot, evaporated quickly as the packed crowd ebbed through the exits onto the Hellenic Centre courtyard. A breeze zephyred fitfully, turning up the corners of the posters pasted to the windows:

In ten minutes, the place was totally empty.

Zippy was an Immortal in our pantheon of rock gods. He was in The Dils with Chip and Tony Kinman, whose song, “Sound of the Rain” is like a Vancouver lullabye. Blonde and great-looking with a sexy, gravelly voice and a smile that seemed to take up half his face, Zippy’s eyes crinkled right up until you could hardly see them when he smiled.

Zippy lived in the house next to Mary and Buck from the Modernettes, and travelled up and down the West Coast as far as California, kind of like Vancouver’s own punk rock David Lee Roth. His full time gig at the time was in the Vancouver supergroup, Los Popularos. We were also impressed to hear that he was the son of the Police Chief in Prince George, or so the story went.

Zippy charmed us thoroughly at our practices before the Hellenic Centre gig, with drumstick tricks and goofy faces. He was so nice to all of us, and just a lot of fun to be around. I guess he didn’t mind being in a band with five pretty girls either.

The Hellenic Centre gig was on a Friday night, with sound check after classes. I arrived before the show as Gord Badanic, Steve Quinn and our celebrity-guest-drummer, Zippy, were setting up the gear. Gord was helping Zippy with his drums near the back of the stage, but he strolled over to meet me when I arrived.

“Here, talk into this,” Gord said, moving a mic in front of me:

“One two three, testing, testing — Hey, I see Sheilagh.” Sheilagh Badanic climbed up onto the stage to join us. Zippy winked and smiled at us both. His smile was irresistible.

“All ready to go,” called out Gord, and Zippy counted us in, clicking his drum sticks together: “One, two, three…”

We played the song and ran though a couple more to make sure all the levels were good. Gord and Steve cracked jokes and showed off. The comic interplay was even better than usual with Zippy’s zany sense of humour to play off. He kept cracking jokes and winking at us. Cute. Yes, this was going to be fun…

Looking back, it seems pretty obvious that the promoters advertising the dance as a “city-wide grad party” was an invitation to a riot.  Five songs into our set, multiple fights broke out in the audience, an outright melee erupted and the police arrived to shut it down. The gig ended differently than we had expected, what with the riot, but what an adventure, and Zippy played with us!

We probably set a land speed record. In under seven minutes, our equipment, including drumkit, was broken down, and we were ready to leave.

I looked over at Roxanne Heichert to see how she was taking the sudden upheaval. This evening had been her first performance as our new lead singer.

“Fuck!” was all she said before stalking off the stage without another word to any of us.