Descending a set of wooden stairs, I was greeted with the graffitied walls and cosy atmosphere of the Matador. It was a small, intimate room that soon became filled with people looking for a good show on a Friday night. Familiar greetings echoed through the venue as those already present mingled on couches and benches, waiting for the opening acts to start.

The lights dimmed and The Jins, a local and well loved three-piece, opened the night with an impressive wall of energy that overtook the packed basement. Ben Larsen’s sharp gritty guitar, Jamie Warnock’s heavy drum beats, and Hudson Partridge’s thrumming bass stirred the crowd and filled the small room with their signature grunge rock sound. There was no shortage of passion from any of the members as they edged the crowd on with songs like “I Was A Boy” and “Call On Me.” People crowded to the front to cheer them on; it was a loud and fun way to start off the night.

Basic Nature followed, transforming the musical energy from The Jins and recreating the captivating atmosphere. On tour from Winnipeg, the two-piece band’s rippling reverb spread through the basement venue. The crowd quieted down for a blend of dream pop, ringing melodies, and steady beats — all around, people were nodding along to songs from their record Circles and Lines. Guitarist Lyzie Burt and drummer Claire Bones, — both provided vocals throughout — were enthusiastically received after every song. Burt’s loop pedals created impressive layers of guitar that complemented the catchy rhythms all the way through their set.

Two opening acts later, the crowd was energised for Jock Tears. Playing their short, sweet tunes, filled with passionate energy from their new release sassy attitude, Jock Tears got the room moving. Vocalist Lauren Ray moved around the floor and danced on top of amps, overlooking the moshing crowd as bassist Lauren Smith, guitarist Spencer Hargreaves, and drummer Dustin Bromley made a crescendo of noise that filled the bones of everyone in the room. Their enthusiasm was contagious; Smith’s huge smile was a beacon on stage as the night was brought to its climax with performances of songs like “super scar” and “coppertone girl.”

If only a little too short, the night ended with a round of grateful “thank you’s” from the band to the crowd and the opening acts. Packed into the small venue experiencing each band’s unique sound surrounded by likeminded music lovers, it was a perfect way to spend a Friday night. 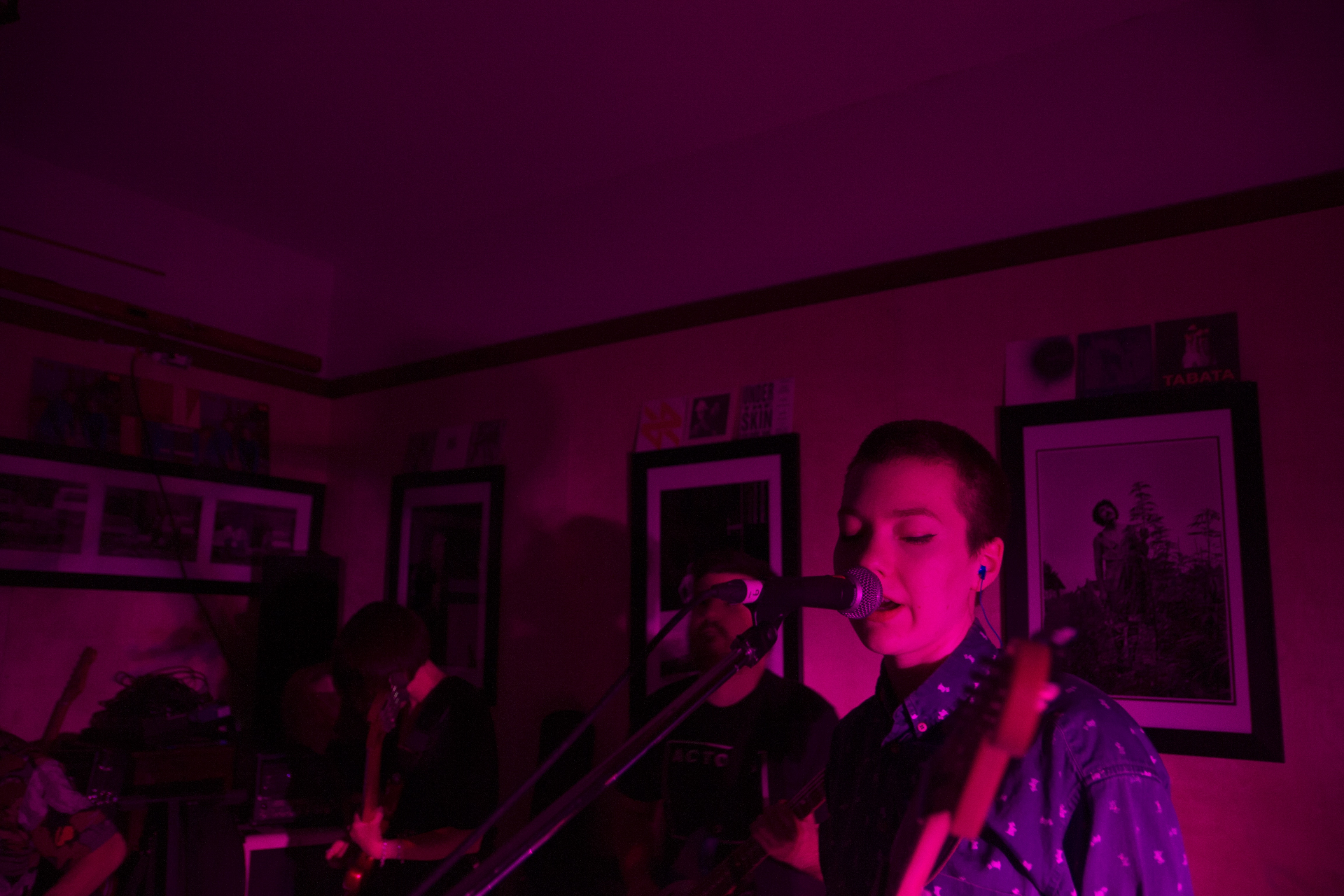