Aim for the Roses is a particularly difficult album to review. It has so many seemingly interesting concepts, all combined into one unique release, that it’s ultimately hard to enjoy at first. Composer Mark Haney is a brilliant man, but his latest release is sort of a mixed bag. While the concepts do seem fantastic on paper, the disc does not seem to live up to those prospects. Regardless, the album is still an engaging listen and shouldn’t be dismissed if you have any slight inclination into minimalist or experimental music.

The album begins with a swooning double-bass note. Shortly after, the voice of Canadian stage actor Andrew Wheeler is heard, resonating over the thick aural backdrop of the instrument. The stage is set, the voice is heard—the story of Ken Carter, Canadian stuntman supreme, is ready to be told. Haney simply refers to his work as a “musical docu-drama,” a retelling of Ken Carter’s semi-depressing story and tragic death. The subject matter at hand is truly interesting, and it serves as a great history lesson for those who have not heard of the wild Carter and his escapades. The entire narration is composed of quotes that came directly from Carter, and Wheeler delivers the lines spot on with a great sense of emotion in his voice. Musically, the album is shallow. The entire album consists of a double-bass composition (that has been arranged from the first 499 digits of Pi), occasional acoustic guitar work by David Gannett and sparse vocals. This instrumental emptiness is intentional, but at times, it feels very underwhelming and dull. At first listen, there is little variety to the music. Most of the songs have a similar formula: begin with deep, double-bass, throw in Wheeler and his Carter narration, and finally end the track with an acoustic medley topped with singing. While this may seem compelling for the first few tracks, the album soon progresses and loses its spark, falling flat of expectations. The last two songs, “Post Mortem” and “Speedorama ‘83” are easily the stand out tracks on the album. For once, they are full out songs, with no real narration. The lyrics are odd and unorthodox (“The weather has been bad / The runway is muddy / And the ramp is not built” ), but remarkably fill the mood created by the tense, sparse and mainly guitar-driven soundstage. Overall, the album does take time to absorb; don’t be put off by the rather unusual set-up, it may or may not be to your listening pleasure.

In the end, there are very few people this album may be recommended to. Despite its interestingpremise and execution, Aim for the Roses ultimately falls flat in terms of enjoyability. Unless you’re a complete Carter fan, or a nerd who is dying to hear a mathematical constant being expressed musically, this album will most likely lack all appeal to you. But for the optimistic and adventurous, this dark trip down memory lane will definitely leave you with something to ponder. 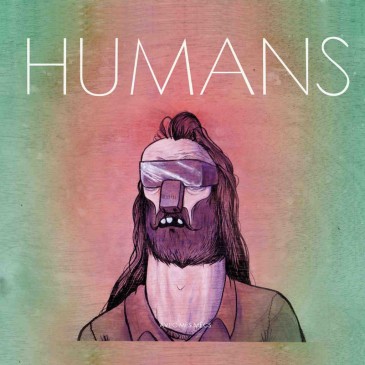