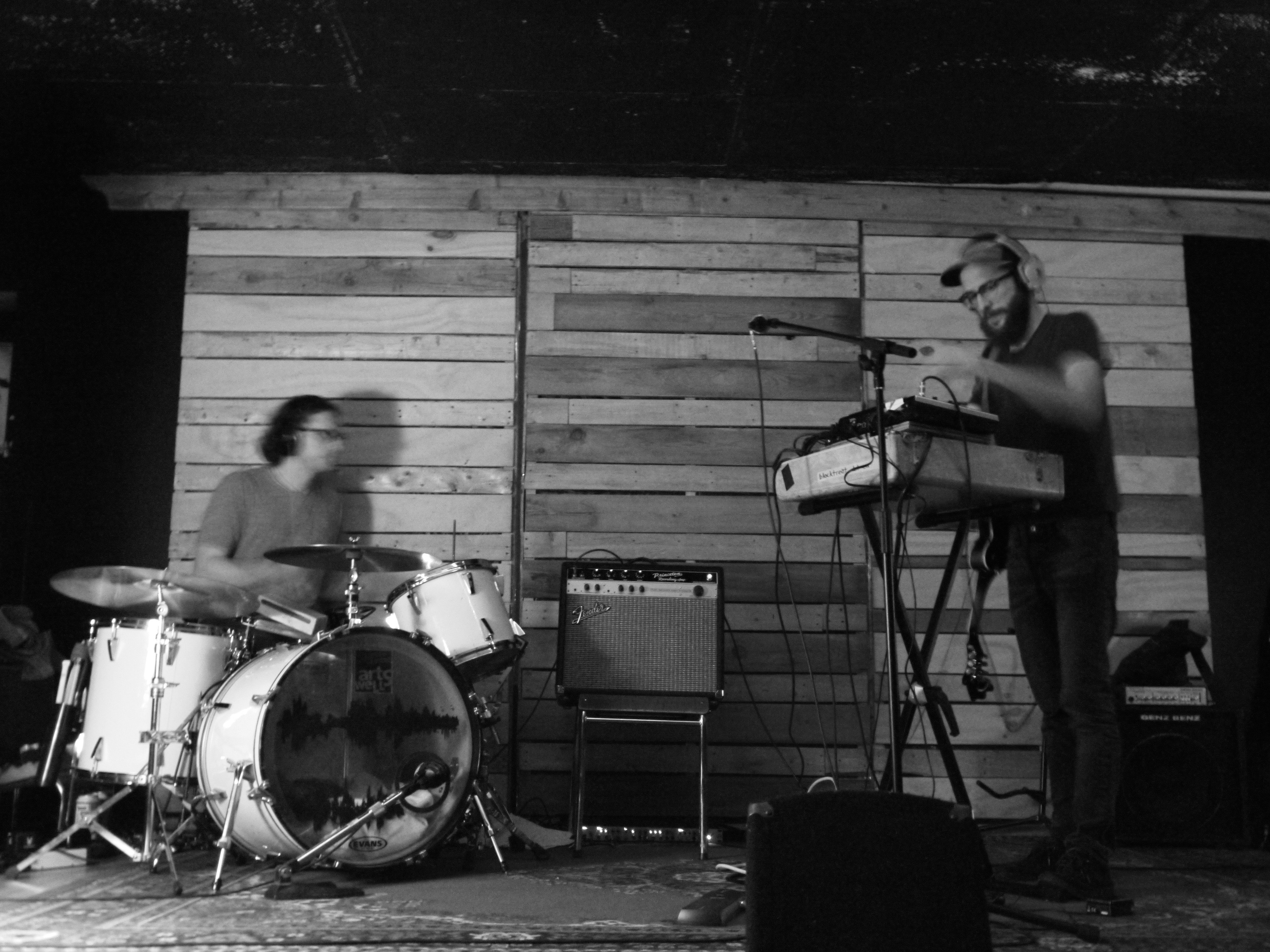 In 2012, Brandon Hoffman was living in Vancouver and recording music under the name Blocktreat. In 2014, he moved to the interior of British Columbia to “get back to the land” or some hippy shit like that, but his brand of organic electronica still has a devoted fan base here in Lotusland. The audience in The China Cloud at the release of his new album Exciting New Ventures In Fucking Up was, without a doubt, a community of friends rather than the disparate, withdrawn crowd so often complained about in regards to Vancouver shows.

Wallgrin opened the evening with her distinctive loop based violin playing. Her combination of octave pedals, dissonant tones and operatic vocals have a grandiosity that usually leaves people raising their eyebrows at each other and exhaling loudly through the mouth in an appreciative “Holy shit are you hearing this?” gesture. Tonight was no exception. The room was completely silent during her performance, and enthusiastic applause followed each song.

Sun Sets West followed soon after. Frontman Craig Aalders spends much of his time as a guitar guru for bands such as Graftician, Leathan Milne, and Pacific Sound Collective, so it made sense that his own project left lots of space in which bass player Nicolas Bermudez could experiment. Aalders’ throaty vocals and acoustic guitar in combination with Bermudez’s basslines led to some of the more mellow, but not unappreciated moments of the evening.

Blocktreat’s albums are serene, dream-like productions, and his live show was no different. It’s one of the few electronic shows I’ve been to where it’s completely acceptable to lean back into a couch, close your eyes, and drift off as part of the experience. The dimly lit China Cloud encouraged this subdued energy.

On stage, Hoffman performed with a quiet, confident precision. As he worked his samplers and added elements of mandolin, he constantly cued Brent Morton, his counterpart on live drums. Slight nods and hand signals made the rhythm louder or softer, more complex or more simple. Watching him, one gets the impression of a spider in a web or a sort of puppet master. This subtle process between Morton and Hoffman, although revealing the logistics of this sort of project, was strangely satisfying to watch.

Leaving the show, I was thinking about what it must be like for Hoffman to return to this city after being gone so long. The Vancouver nickname ‘Lotusland’ is a reference to The Odyssey, in which Odysseus visits a land whose inhabitants are befuddled by a narcotic lotus. I still don’t fully understand the Vancouver connection, but the name was stuck in my head that evening. Blocktreat may no longer be a Vancouver resident, but his music feels about as close to a narcotic water plant as you can get.