For many Vancouverites, residing in a place that is consistently ranked among “The World’s Most Livable Cities” is a point of pride. This is not the case for fanatics of noise, industrial, and power electronics. Attendees of the fifth annual Vancouver Noise Fest gathered together on April 18 to celebrate the subversion of this would-be auspicious title.

“This is about harshing everyone’s fucking mellow,” read the announcement on the Vancouver Noise Fest 2015 Facebook page.

Indeed, many a mellow was harshed when opening act Fourcorneredroomstaringatcandles took stage at the S&M themed Hindenburg around 2:15 p.m. The Vancouver local began by attempting to cut through a vacuum cleaner with a cross cut hand saw amidst a backdrop of penetrating drone. Throughout the duration of his set he attempted to destroy a helpless array of artifacts that included toilet seats, cylinder blocks, and blenders.

Whip of the UFO and Night Tide followed by producing an impressive wall of chopped and screwed field recordings that I was told were procured from a construction site not far away. The intimate crowd of about 20 didn’t take up much space in the roomy Hindenburg but fans inched closer to witness Rrkkttss’ DIY light show that flashed within a dismantled drum kit. Portland, Oregon’s Sleeping with the Earth closed the early set with piercing synths that took advantage of the venue’s deep bass. This swan song of what sounded like dying machines and electronics eventually gave way to a stuttering death rattle as the set ended and festival attendees shuffled to their next destination.

At 5 p.m. Noise Fest moved eastward to collectively run, volunteer-based punk space The Black Lab. It was a significantly smaller venue but the limited spacing proved to compliment the claustrophobic noise produced by the second line-up of artists. Attendees flipped through the venue’s library of anarchist and phenomenological literature as the artists took stage beneath a lifeless disco ball.

Molena, Depasser, The Nausea, and Bubby introduced what would be a much harsher palette of sounds in the second set. This harsher, more terrifying noise was also received with increasingly genuine enthusiasm and excitement from the crowd. Bubby, clothed in a black garbage bag and balaclava, loosed a tide of muffled screams and howls under murky synths. It seemed as though the ghosts of the machines and electronics destroyed at the Hindenburg had come back to haunt The Black Lab.

Twilight eventually gave way to darkness and Vancouverites Rusalka and Sistrenauts painted a bleak portrait of white noise and ambient textures. The harrowingly industrial Worker took shots in the dark with screeches of power electronics and flashes of sparks. Although the obvious fire hazard was met by some with unease, the sense of volatility was welcomed with thunderous applause. Similarly, Griefer, a crowd favorite from Victoria, was met with awe as he slashed the air with microphones and metal instruments.

As the evening surged to a close, Headlining acts Xiphoid Dementia, Flat Grey, and Gordon Ashworth displayed their powerful drones to audience that had brought the venue to capacity. Ashworth’s experimental sound collages added to the heightened sense of danger that Vancouver’s noise scene feeds off of. All in all, the industrial soundscapes provided by Vancouver’s increasingly successful annual Noise Fest offered Vancouverites an escape from the city’s populist — albeit “livable” — malaise. 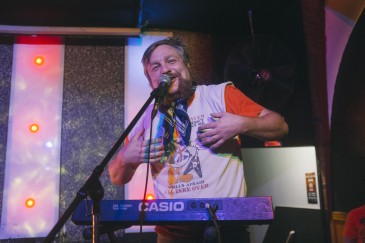 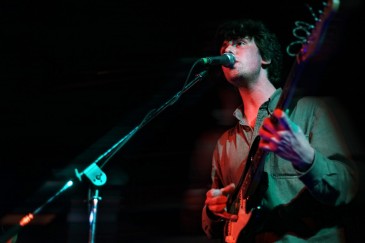