On the launch day of OPPO, I was promised a Canadian politics podcast that would be “very current, right now, insider, sometimes gossip, some times strategy,” or so said Canadaland on February 6, 2018. The first two, half-hour episodes sound like valiant attempts at delivering on this promise, but there is still a ways to go.

OPPO is a brand new podcast launched as part of the Canadaland network. Jesse Brown—founder of Canadaland and host of its flagship podcast of the same name—positions this newest addition as an insider perspective on Canadian politics. Co-hosts Jen Gerson and Justin Ling appear adept for the task at hand. Both veteran journalists, they generously dish out their viewpoints on contemporary topics regarding media and politics.

Thus far, the hosts run through a simple format. They debate one or two issues that they presumably disagree about; then, move to “Red Stream, Blue Stream” where each brings up a news topic that their respective social communities are buzzing about; and finish with an interview of a guest.

With only two episodes, I wonder how closely the hosts will stick to the polemic premise of OPPO. They introduce each episode by declaring that they are opposed to one another, but, in reality, this gimmick frequently collapses. For example, in the inaugural “Red Stream, Blue Stream” segment, the co-hosts reveal that the frequently mentioned topic on their respective social media feeds is the same: Trudeau’s reaction to contests over the Kinder Morgan pipelines. Through this segment, they strive to subvert the homophily effect reinforced by social media algorithms, which is commendable in itself. But, this moment makes me question if the co-hosts will agree with each other too often in the future. Whether they need to disagree is another story, but the most captivating dialogues so far have been the contentious ones.

Luckily, OPPO has hooking moments outside of verbal sparring. For instance, Gersong and Ling’s analyses of media strategies are delectable. In “Ep.2 – Patrick Brown Goes Full Shitstorm,” Gerson passionately alleges that Brown’s recent media strategy in the face of sexual misconduct allegations is to distribute a plethora of complicating stories. This is done, contends Gerson, in hopes of tiring out the general public’s attention span. Moments like this, where the hosts can flex their insider insights, feel especially empowering for outsiders that are not so savvy with political and media tactics.

In an increasingly hyper-partisan political environment, OPPO has the potential to demonstrate credible ways of engaging with conflicting perspectives. For now, they have many issues to address. Some are quick fixes, like technical consistency with audio recordings, whilst larger questions loom in the background: will they generate enough genuine contention to keep their content consistently engaging? Regardless, I’m excited for OPPO to grow past this infantile stage. 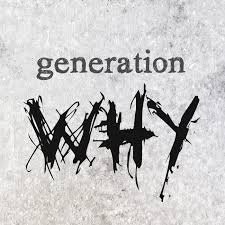