On The Copyright Experiment, Jeff Fenoli and Tim Fernandes combine their love of electronic and dance music with an interest in the issues surrounding current copyright laws. Maybe it’s an unexpected combination, but by solely playing music available for free online, Fenoli and Fernandes prove every week that a changing system changes music. The three of us found a couch at CiTR and sat down to talk about democratic radio, sampling, and Biz Markie getting in trouble.

Why did you start The Copyright Experiment?

Fernandes: It’s kind of a combined brainchild of ours. I know we both wanted to do a show for a while, but I was never sure what I wanted the concept to be. Jeff had the idea of doing a show where we only play free music, which I thought was a really cool idea and something that hadn’t really been done before. I’ve been interested in intellectual property law and how that works in society for a while, and so I thought those two ideas could work together.

Fenoli: Simply having the ability to do a radio show every week with free music within our style and meeting all the content requirements is pretty astonishing. It kind of speaks volumes as to where we’re at in terms of how we treat intellectual property in music — we wanted to explore that.

What is the most interesting case study you’ve come across?

Fenoli: The most interesting cases to me are the ones that have historically set the precedent for the way we view sampling and fair use laws. The thing is that the precedent is usually a lot different from the actual letter of the law. There was a Biz Markie case that we talked about where he sampled a bunch for his record, but one of his copyright holders won a lawsuit that forced the label to remove the samples before the record could be sold again. That set a precedent for people to be much more careful and conservative in the way they sample in hip-hop. I imagine if that didn’t happen, the music people make would sound different today.

Fernandes: Sampling wasn’t something that was really conceived of when the US introduced fair use into their copyright act in the ‘70s. Sampling uses a direct, copyrighted recording, which is totally different from using the same kind of ideas or themes as someone else, so it raises a bunch of questions. The laws just haven’t caught up yet.

Where do you see issues surrounding copyright going in the future? What would you be discussing on this show in 10 years?

Fernandes: I would hope we’re not still discussing the ways in which copyright law is failing the current state of affairs. That’s a central idea on our show: the idea that, in a lot of ways, copyright law is not really suited for the way that people are treating intellectual property these days. So I’m hoping in 10 years we aren’t having the same discussions.

Fenoli: There’s so much music out there that is completely sample-based. For that to be existing and flourishing now gives me hope that maybe copyright laws will become less stringent and allow for more creative flow to happen naturally without as many barriers and pressures.

You play a lot of electronic music. Is music of that genre more likely to be free?

Fernandes: I think the reason there is so much free electronic music is because the barriers to creating it are fairly low cost now. The fact that the tools to make it are easy to come by gives more of an incentive for people to just put it out for free. If you have a full band, it takes quite a bit more effort. It’s an interesting workflow for electronic artists in that it essentially allows people to make something and get feedback on it in the same day.

In what ways is this an experiment?

Fernandes: The reason we called it that initially was because 10 years ago we wouldn’t have been able to do this show. Free music on a traditional radio station is a fairly new concept. We also put download links for all the songs we play on our blog as well. So I think it’s kind of an attempt to democratize radio, because radio can be very authorial. This way, if you like something we play, you can download it too because it’s free, just like we did. Then we’re all sharing in the music goodness, and it becomes a bit more communal.

Listen to The Copyright Experiment every Thursday at 11:00 p.m. on CiTR 101.9 FM. Also, check out the blog for their show at copyrightexperiment.tumblr.com 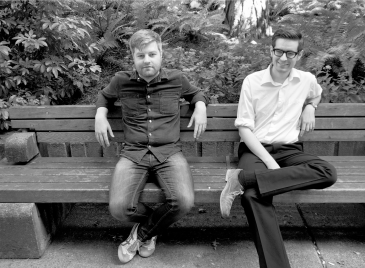 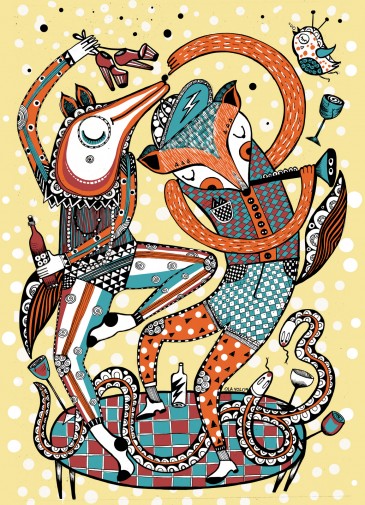