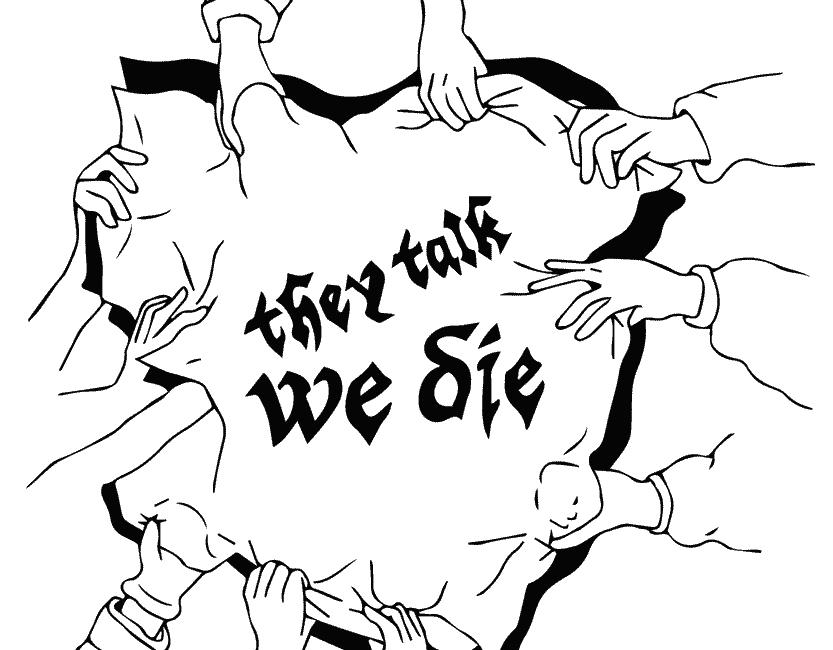 No one thinks they’re going to get into an accident. You get into a car, you put your seatbelt on, and then while you’re driving you just check your phone for a second and phew, no damage done. Unfortunately, 27 percent of fatal car accidents are caused by distracted driving. (1) You may not think you are distracted, but you are. To combat the death toll associated with car accidents, we have social policy and regulations that try to keep up with technology. Cell phones have the capacity to automatically go into airplane mode while a car is moving. There are awareness campaigns, road checks, and hefty fines for distracted driving. But what is never considered, is shutting down roads and criminalizing drivers. Despite the frequency of car accidents, we get into cars and use seatbelts as harm reduction. And although we know the risks, we still check our phones.

We are surrounded by harm reduction efforts that mitigate circumstances in our lives. So, why is it so difficult to get public support for new drug policy? The 2017 World Report on Drug Policy suggests that a vicious cycle of criminalization, perception and stigmatization is preventing lawmakers from implementing evidence-based policy solutions that could help slow the numbers of accidental overdose deaths. (2) It has been three years since fentanyl and carfentanil-laced street drugs began killing drug users at an exponential rate, and what has changed?

From January to October 2017, there were 999 recorded overdose deaths in British Columbia. (3) Despite having the opioid crisis acknowledged around the world as a health emergency, and despite the herculean and disparate efforts of community, parents, opioid outreach, naloxone training, the medical system, public health, and drug user groups, the overdose crisis has become the new normal. This last year has seen mainstream media use forceful means to get headline attention. 2017 marked an especially turbulent year in politics and social issues, and it seems that the public has become desensitized. With overdose deaths at a critical high, where is the compassion needed to prioritize steering drug policy towards real solutions?

You may remember, in November 2016, Ottawa hosted an Opioid Crisis Summit to address the overdose crisis. But instead of looking at social policy, discrimination, stigma and criminalization, attendees talked about ‘new’ ways to regulate medication — they missed the point. The Canadian Association of People who Use Drugs (CAPUD) was part of the summit, and brought their silent protest and pointed hashtag, #theytalkwedie. 2017 saw the actions (and inactions) set in motion at the Opioid Crisis Summit, and now in 2018, the overdose crisis is no closer to a solution without any changes to drug policy. CAPUD summarizes this and more in their dispatch, “Year in Review: Fuck 2017” published to their Facebook page. (4)

In 2013, B.C.’s Centre for Excellence, released a report which states that “The war on drugs [is] failing to limit drug use in Vancouver.” (5) As a follow up to a similar report from 2009, it states that health-focused policies have been more effective than federal law enforcement measures at reducing illicit drug use and improving public health and safety. Both of these reports were published before the toxic drug supply began ravaging British Columbian drug users. In 2013, 50 people died of fentanyl-related accidental overdose. We still don’t have the total of lives lost for 2017.

Last February, CAPUD helped organize and promote the National Day of Action on the Overdose Crisis, which saw demonstrations in Vancouver, Victoria, Edmonton, Toronto, Montreal and Halifax. CAPUD is heading another day of action on February 20. In Vancouver, there will be a march from Victory Square to the downtown law courts. The focus this year is the justice system, promoted with the hashtag #InjusticeIsFatal.

With the topic of this year’s day of action addressing drug criminalization, other discussions around the overdose crisis will no doubt include the direct and indirect links to deaths that have resulted from the stigma around homelessness, poverty, colonialism, intolerance and prohibition. Make no mistake, in Canada, the current climate of opioid use and overdosing is deeply tied to the same values of supremacy and capitalism that this country was founded on. The National Day of Action on the Overdose Crisis will seek to engage with these topics and more, recognizing that there is no universal solution to preventing overdoses.

The BC Centre for Substance Use nails the issue to the wall: “There remain critical areas in public health where the gap between best evidence and public policies persists, and few areas suffer from this concern more than society’s response to the problems posed by illicit drug use.” At this point, it will take a significant shift in public perception to make any changes in policy related to drug use.

So I ask you, dear reader, to please come to the National Day of Action on the Overdose Crisis on February 20, wherever you are, in solidarity and with open minds. Join the conversation, sure. But most importantly, take action.

Follow the Canadian Association of People Who Use Drugs on Facebook for more information about the National Day of Action on the Overdose Crisis, and visit capud.ca.