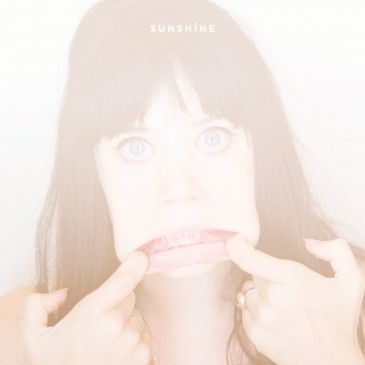 If an album mixed by Sune Rose Wagner (Raveonettes), John Collins (New Pornographers), Woodie Taylor (Morrissey), and Hayz Fisher (the New Values), doesn’t convince you already, you might as well stop reading here and now. Sunshine’s debut album, to be released everywhere on February 26, is a bundle of vibrance, summer, and everything but rain. This is not a typical Vancouver band; although there may be a glimpse of somberness in their lyrics, any melancholy that they carry is smothered by bubbly guitar riffs and euphoric singing.

The Vancouver-based five-piece jumps into the album with “Showering With Wine,” a blend of Dream Brother vocals and bouncy Steve Shelly drums. A sound akin to Tennis is evident on the third track, “French Exit,” and if you can imagine pastel-colored bikes, fresh Bellinis and tortoiseshell shades, the song can be instantly turned into something visually tangible. And the echoing guitar, surfy drum beat, harmonizing vocals, and killer bass merge into a more punk’d out version of this preceding song, as the distant voice of Trevor Risk goes from the friendly boy-next-door to a bored, Shadows on Stars/leather-clad fuzz sound in “Arnprior.”

After a number of milder, low-key tracks, drummer Sean Tyson (Top Less Gay Love Tekno Party) flutters along the hi-hat and bursts into an exciting catchiness on the album’s seventh track, “Sundays Are For Cats,” and the even more romantic, chirpy dance-along, “Ice Cream Social.”

All eleven tracks embody a distinct and unique ambiance; a rare commodity for an “indie” branded band. And with this feel-good debut, Sunshine lives somewhere in the middle of indie rock and a ‘50s inspired echo-trip. Think Radiation City melodies, King Tuff vocals, and the Mamas & the Papas California-inspired twang. In short, Sunshine sums up in perfect haziness, the cherished aspects of Vancouver; the scanty streams of sun, the summer waves, the pretty faces, and the blurred nights.