We at CiTR love all the folks playing our Fundrive Finale this Friday (Valentine’s Day/Feb. 14), but who do they love? What music and art sets their hearts aflutter, and their cheeks flush — with admiration, of course.

Put another way: who are the most crush-worthy artists around Vancouver today?

To find out, Discorder’s Chris Yee went online to chat up the entire lineup of CiTR’s Fundrive Finale. These are their replies.

This enigmatic young hip-hop/R&B artist has been working on their art for a few years now, putting out an album, UltraAVX, in 2018. It is perhaps one of that year’s hidden gems, in Vancouver or anywhere else.

So what’s new with Canon Mulat? Read on to see them drop hints about their current projects — about their biggest local scene crush (but of course.)

Chris Yee: Hey Canon, this is Chris from Discorder Magazine! Been trying to get a hold of you for this piece I’m working on… you free to talk? Just wanted to ask you about what local peeps you’re crushing on rn, artistically or musically speaking ✨🎤🎨 Also maybe tell me a little about yrself first 😎

Canon Mulat: Hi Chris! Sorry I’ve been hard to reach… I’d love to share!
I gotta say I’ve got a lotta local crushes 😳
but someone who’s really been my jam recently is @sunjuicelove
As for myself, I’m Canon! I’m a 20 yr old kiddo living and doing some studies in Vancouver. I’ve loved making music since a young age and it’s a feeling that hasn’t since changed

CY: it seems you’re something of an enigma online, with a smattering of tracks on various streaming services rn. you working toward something big?
oh and an album! UltraAVX is such a jam, I’ll let you know 🎶

CM: such an edgy status 🧩😂 Yes! It’s been a while since I’ve released, so there’s somewhat of an accumulation haha
And thank uuu it’s really good to hear that it resonated with u
I’ve been working on 2 projects for the past few months. I feel like they’ve been close to release so many times…. but if I’m honest, the projects are still changing all the time and growing so a release date is hard to predict :/
I’ve been playing a lot of that unreleased material live as well. It always feels amazing to play fresh music, especially when people resonate and move to it

CY: so aside from the Fundrive Finale this Friday, where can folks come hear (and see) you?

CM: I play other shows at redgate and other venues like it! I’m always pushing to play more shows and so you’ll catch me around on posters hopefully 🙂

Oh, what loving words about Jeff Cancade that we haven’t said already here at CiTR/Discorder? His electronic pop project, Devours, put out a very well-received (and well-played) sophomore album last year (Iconoclast, on Artoffact Records), he is a prolific performer (both under Devours and now The Golden Age of Wrestling) and supporter of the local scene (and of community radio, for which we at CiTR will be eternally grateful.)

Chris caught up with him about his biggest music crushes: find out who they are in our exclusive interview below.

CY: tell me about their work! what do you like so much about them?

JC: All 3 of them are edgy, cool, mysterious, and hugely talented. I’m obsessed with their voices. They all have interesting influences and have managed to combine them to create something fresh and exciting. They all have an intensity to them when they perform live. All 3 of them have star potential and physical X factor. Last but not least, they are very good songwriters who have a keen understanding of how to showcase their emotional range musically.

CY: ooh, and we’ll get to see Sigh at the Fundrive Finale on Valentine’s Day! maybe I’ll let ‘em know about your band crush 😎

JC: Sigh rules
Yeah the Fundrive Finale is gonna be so fun, I’m excited to play!! Pretty sure I’ll be crushing on Wut’s new album by the end of the show.

WUT are Lauren Smith, Kaity McWhinney and Tracey Vath, who have been keeping at it over the years in such outfits as the late, great, Jock Tears as well as Love Cuts and Knife Pleats. Tracey has also been fighting the good fight over at the Toast Collective, currently beleaguered by rent increases but buoyed by an outpouring of community support.

Read on as Chris gets the golden-hearted folks of WUT to kiss and tell about their favourite local (or local-ish) musicians, and make a big announcement about their debut album NOW.

Chris Yee: heyyy congrats on the new album! I do have a question for you folks tho…
who are your biggest art/music-crushes right now? (in the Vancouver-adjacent scene, that is 😜)

Tracey Vath: Hey thanks!!   My (tracey) art crush is KC Wei 😻🌼🍟
Her work is a sweet combo of art-music-community, which is my kinda combo 💜
And bucky fleur is such an incredible album, like holy moly incredible

CY: Nice, what about the rest of WUT? Who’s their thing? ✨

TV: Haha they are shy ones – but I’ll try my best to get them to tell

Lauren Smith: Nanaimo is Vancouver adjacent right? My art crush (this is L. Smith) is definitely my best friend Kristjanne Vosper of KMVP. She has not only mended like 100 of my broken hearts she is also a true poet with a voice like a starling who writes those kind of songs about bombing the pipelines that makes u wanna write her love letters in jail.

Kaity McWhinney: Hello! Kaity here.. my art crush is Emma Lee Toyoda — beautiful songs that make you feel, both in what they say and how they are sung. 🌻

CY: So, about that new album… what can you tell me (and the fine readers of Discorder) about it? 🎶
(or should that be “what can WUT say about the new album?”)

WUT, collectively: we’ve really been crafting a sweet thing over here, Tracey even made a quilt! A perfect record for the romantic proletariat.
We will be releasing it at the citr fundrive finale!! So come support local radio and pick up a cassette tape at the same time 💛

CY: you heard it here first, folks! pick up your copy of NOW by WUT at the Fundrive Finale on Feb. 14! 🧡💛❤️

Or is this true? Chris tries to get a hold of Sigh to confirm this rumour, and find out about what local artists get them going (musically speaking) — and maybe even let them in on a little secret (compliments of Jeff from Devours.)

Chris Yee: I was just wondering… who are you folks crushing on the most in (and around) the Vancouver music and art scene ❤️

Sigh: Hi Chris! We’re thinking about it…we’ll get back to you soon!

Ok!! Soooo many good bands these days but i think we have got to say

CY: ooh tell me all about them! what draws you to their work?

Sigh: luckys new recordings done on reel-to-reel sound like a dream. can’t wait until they’re officially released. highly recommended.   how can you not love wut? also tracey is such a huge part of keeping the music scene alive with running the toast with eirinn. the work she does in so many different ways is incredible.
morning (sic) coup’s work over the years has consistently been inspiring. it is both challenging and pushes boundaries, especially in live performances.

CY: so true! thanks for sharing this with me 😊
one more thing I’ve been wondering – is it true that the lineup of Sigh first came together to play Cranberries covers at a Red Gate Halloween show?
also Jeff from Devours says you folks rule 😘

Sigh: So kind of jeff ❤️ just saw his golden age of wrestling project last night and it was magical. Nevada and Freckles are amazing songs.
And yea! It was with a cranberries cover band!

CY: ya, that was a great Halloween show for sure   see you all this coming Friday! 💕✨

Local legends and inveterate pranksters Katayoon and Dave Biddle make up this dynamic duo. They make sax-filled, guitar-laced and beat-driven music reminiscent of the dance-crazed indie rock of such early 90’s Madchester bands as the Happy Mondays and the Stone Roses. Read on as Big City cop to who they love the most (spoiler alert: definitely each other 🧡)

Chris Yee: hey who are your biggest art/music crushes in this… city? 😏🌃💕

Big City: Hey sorry we were yachting
Our biggest crushes are puzzlehead and Linda fox
But mostly ourselves 😍💋🍆

CY: haha you folks certainly have a certain chemistry on stage!
OK, other than Puzzlehead and Linda Fox, who in or around Vancouver do you like and why? 🌝💕✨

Crush on the alter egos of Big City:

Frankie Teardrop, our resident DJ at the Fundrive Finale, has been empowering marginalized musicians, DJs and party goers since 2014. Having founded the LIP queer dance party series, and co-founded (with Ethel Eugene) the Slut Island music and art festival in Montreal, Frankie is once again based in Vancouver, ready to lift up folks in a city whose cultural life needs all the lifting up it can get.

Let’s hear it for Frankie: read the email below to find out who they really, really like in Vancouver’s arts and music community right now.

What do you like the most about them and their work?

DEBBY is now based out of Vancouver but I met her in Montreal many years ago. Her strong commitment to her multi-disciplinary work SHOWS. DEBBY FRIDAY to me defines exactly what sort of artist & musician I am inspired by, her talent bleeds deeply into performance, poetry, video, film and music. I’ll always be a fan of her first self-produced EP from 2018 called BITCHPUNK and am currently incredibly moved by her current projects. She to me is the true queen of Punk over here. I am inspired by her hard work every day, she makes me want to WORK. 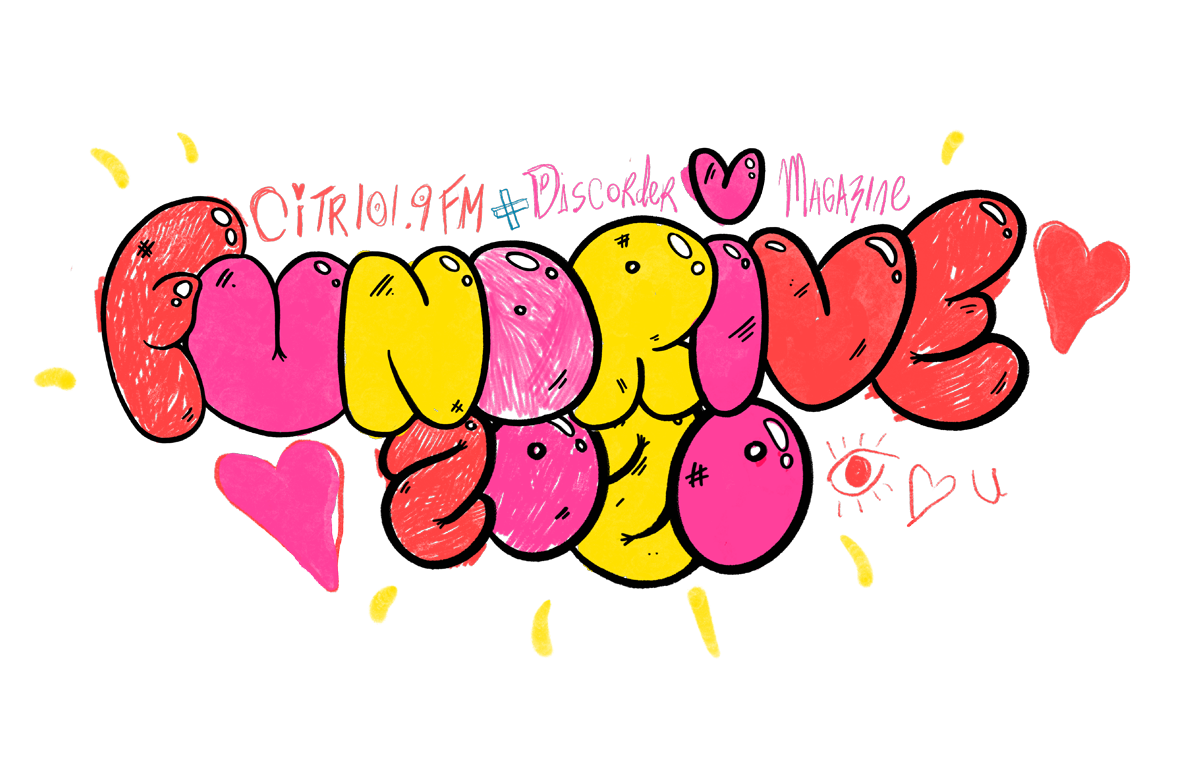 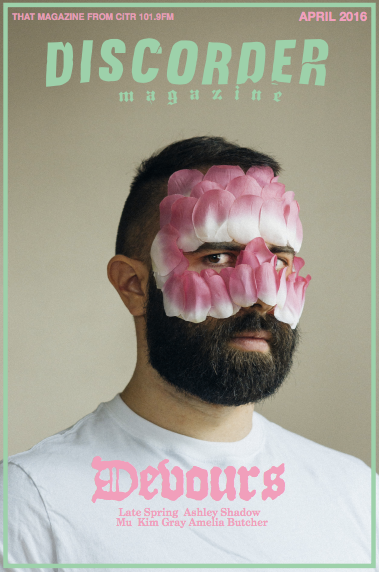