In B.C., a business that holds a liquor-primary license (such as a bar or nightclub) has one main purpose: to serve liquor. As of January 15, because of a policy directive issued by the Liquor Control and Licensing Board (LCLB), liquor-primaries may no longer apply for temporary de-licensing of events consistent with their usual programming (e.g. concerts and dance parties). Temporary de-licensing means no liquor will be sold for the duration of an event held during licensed hours. The reason these businesses may no longer host dry all-ages events is that they—allegedly—encourage to under-age drinking.

Beyond a brief reference to the safety concern identified by “police, LCLB, and communities,” no material evidence directly connects all-ages events and under-age drinking. When Discorder contacted the LCLB for a fuller explanation, the ministry spokesperson echoed the reasons in the directive, emphasizing, “growing public safety concerns … about teenagers consuming alcohol before, after, and during all-ages events hosted at de-licensed bars and nightclubs.” This concern compounds with straying from the original purpose of de-licensing, which the spokesperson says was to provide “opportunities outside of their liquor-primary license,” like “community meetings, exercise classes, and school-run grad ceremonies,” still permitted under the change (as are dance parties and concerts outside of licensed hours).

This means a bar can hold all-ages events, as long as they have nothing to do with live music, and are held in the middle of the day. Should people wish to throw other kinds of all-ages events, the spokesperson insists, “There is no shortage of alternative venues that can host all-ages events.”

In Vancouver, the decision’s impact is limited enough that it hardly seems worthy of the resources expended to address it or enough to assuage the public safety concerns regarding under-age drinking. The government spokesperson stated, “Of the 2,328 licensed liquor-primary establishments in the province, approximately 20 applied last year to de-licence and host all ages events.” The most notable consequence in Vancouver is at the Rickshaw, a venue that has taken advantage of temporary de-licensing in the past to offer all-ages shows. The Commodore is exempt due to a grandfathered license, and so are the Rio and Vogue theatres, because of their “live-event theatre” classifications.

For Ryan McCormick, a director of the Safe Amplification Society (Safe Amp), the policy change is a step in the wrong direction for the LCLB. Safe Amp, an organization dedicated to establishing a permanent legal all-ages venue in Vancouver and for promoting all-ages access and exposure to music, brought the three-page directive to the attention of the Vancouver music community. While McCormick does not think the LCLB is lying about their reasons for the change, he does find their response counter-productive in a city with an already limited supply of all-ages concert venues.

He points out, “Kids are always going to want to listen to music and if you take away the safe venues, they’re just going to go to the underground venues.”

Jarrett Evan Samson, a founding director of Safe Amp, is similarly frustrated with a political rationale that views music as “subservient to liquor sales,” and has written letters to the liquor board, the mayor, and a host of MLAs on this subject. He argues that the government put the policy in place because they’ve misunderstood the importance of music within communities.

In a statement to Discorder, Campaign for Culture, a group working to modernize what they call B.C.’s “archaic” liquor laws, criticized this move as reflective of a disconnected and overly bureaucratic government. Particularly concerning is page one of the directive, where an “increased workload” from the growing number of applications for temporary license changes is cited as grounds for limiting these requests. The total increase in applications is from 511 in 2007 to 740 in 2012, though the percentage for de-licensing versus other types of applications (like extended hours on long weekends) isn’t stated.

The good news? Safe Amp also sees potential for positive change in this controversial policy. McCormick notes that this is the first time Safe Amp has engaged with the government on the provincial level and he is hopeful that this could be the beginning of regular communication.

Frustrated by these archaic rules? Want to do something about it? Write to your local MLA and the government. Visit the Safe Amp site for a helpful list of contacts. 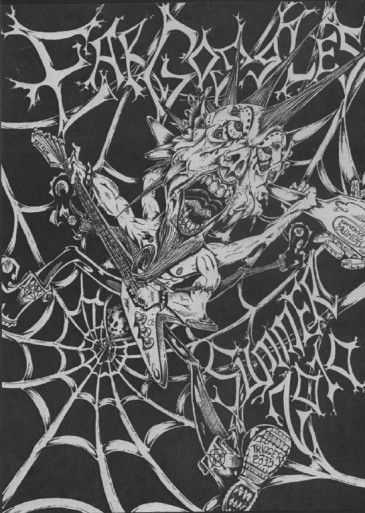