“Press play and come hang out with your two new best friends.” So reads the online description for Pop This!, and it’s a statement which lives up to its promise. Recorded at the Vancouver Public Library, this local podcast series provides a candid dose of pop-culture discussion each week. It is hosted by two feminist veterans of Vancouver’s music media: writer Andrea Warner and broadcast journalist Lisa Christiansen, both affiliated with the CBC.

Most episodes of Pop This! zero in on a buzzworthy piece of culture, whether it be a movie, book or T.V. show. Recent episodes feature topics ranging from comedian Phoebe Robinson’s book You Can’t Touch My Hair, to the power politics of this year’s Academy Awards.

The hosts of Pop This! know that our cultural landscape does not exist in a vacuum: the underlying themes in what we read and watch are a reflection of societal values. Warner and Christiansen bring an essential feminist perspective to their discussions of media, hitting a perfect combination of sharp insight and genuine warmth.

Thanks to their multidisciplinary careers, Warner and Christiansen are experts at discussing pop culture from a diverse range of perspectives. Take a recent episode, for instance, which focuses on the 1992 female-centric baseball film A League of Their Own. Christiansen and Warner compare their past and present experiences watching the film, and discuss the movie’s portrayal of political history, socioeconomic class, and gender roles.

This discussion is an extremely candid one. Rather than sticking to a script, Christiansen and Warner embrace tangents and build off of each others’ energies, letting their real-life chemistry shine. While listening, I found myself both laughing, and gaining a new understanding of the film.

Each episode ends with a segment where the two hosts discuss recent favourites from their own pop culture diets. Here, the experiences that Warner and Christiansen’s individual careers in media are clear: their top-notch recommendations are full of seasoned insight.

Pop This! is a lively reminder that discussions around what stories are being represented in our media, and what messages we’re being fed, are essential – particularly in our age of news echo chambers and sensationalized clickbait. It’s proof that turning an analytical eye to our cultural landscape can be fun – especially when it’s done in such good company. 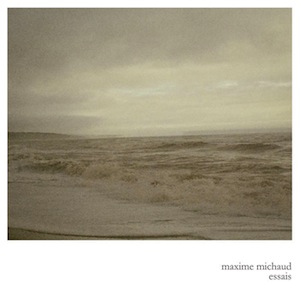