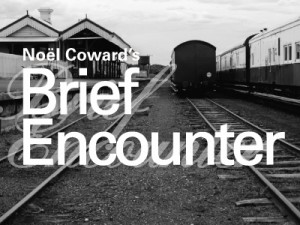 Brief Encounter
Actors and leap out of the film screen and onto the stage in this innovative spin on a classic forbidden love story set in World War II England. Director Max Reimer tells us all about it!

It’s at the Playhouse and runs until Dec. 23rd. 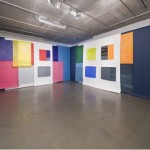 Violet’s Hair
Elizabeth McIntosh’s modernist pieces are being featured at the Contemporary Art Gallery, with an Artist Talk coming up December 10. Arts Report correspondent Jasmin Thomas gives us a taste.

Playing only on Dec. 18th, get your tickets here!

The show will also feature…
…White Christmas, an almost sold-out tap-dancing holiday musical; The Goh Ballet’s production of The Nutcracker at the Centre; a peek at the goings on at Pacific Cinematheque in December, plus a film festival that reveals the brutality of war and the continual struggle for social justice of millions of people called Film Festival 4Peace.

PLUS: Free tix to the Greenhornes and a Tom Lee DJ workshop valued at $100!!