Somewhere between dream pop and beach rock drifts Repeating Myself, the shimmering ten-track collection of spacey kaleidoscope riffs and vintage pop aesthetics from Jen Severtson’s latest musical project, Peach Pyramid. This inaugural release from Victoria label Oscar St. Records entered the world on September 22. It proves a fine and emotionally powerful first-entry for the label. This album meanders between the ethereal soundscapes of “My Collapse,” “Lo and Behold” and “We Glide / She Sighs,” and the catchier melody of songs like “Polarized,” Severtson’s serene, buoyant vocals fasten the record together as it navigates through themes of abuse and healing.

Lyrically and aurally, Repeating Myself proves dynamic. From the Dolores O’Riordan-esque (The Cranberries) vocals that open the record on “Getting Cold” to the sweeter, more charming delivery of title-track “Repeating Myself,” to the droning hum in the chorus of “Escape,” Severston steers listeners through a bewildering range of emotions.

This diversity is not due to a lack of unifying theme. Rather, Repeating Myself moves forward with control and purpose, displaying the variety necessary to articulate the internal layers of her experience. “Polarized,” for instance, uses an early ’60s pop beat and syrupy vocals almost like makeup to cover the emotional bruises revealed in lines like, “it doesn’t feel the same / did I lose a part of me / when I walked through the flames / I guess I didn’t feel a thing / but now I’m feeling strange / a distant cold reality.” On the other hand, there are moments like the closing minutes of “My Collapse,” when Severtson’s manic wail and the cacophony of distortion and drums seem so clearly to express this same desperation. As a result, the listener is provided a view of the damage done in an abusive relationships and the journey needed to heal these wounds.

Part of what makes Repeating Myself so effective at conveying such a painful subject is the nature of its making. The album was recorded and mixed by curator of Pacific Northwest indie, Colin Stewart (Dan Mangan, Destroyer), who also gets production credit along with Severtson, lead guitarist Layten Kramer and label head Katherine Calder (New Pornographers, Immaculate Machine). Besides Severtson’s own guiding vision, Calder’s influence on the record is most noticeable. The swirling, effervescent pop that dips in and out of dissonance on the back of ringing guitar lines and building synths, draping melancholy in glittery robes of sound, seems like a hallmark of both this record and Calder’s own work.

This remark is by no means a knock on the record. Rather, it is a testament to the close-knit, collaborative music scene that exists in Victoria. As Peach Pyramid’s Bandcamp bio notes, the project is supported “by a rotating collective of musicians / close friends.” It is this support that has allowed Severtson to piece together an ornate sonic vessel capable in both calm water and the rapids that arise along the way. 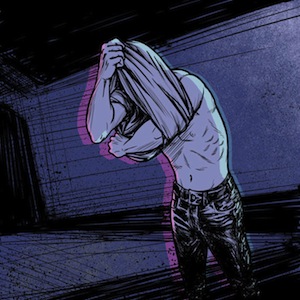 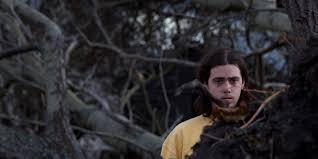