Tarry This Night, a novel by Canadian author Kristyn Dunnion, is one hell of a tale that is rich with imagery and is lush in its telling. Now, with the use of descriptives such as rich and lush, I speak more in terms of the impact the words on the pages have, as this is no story of happiness pie and pretty things. In fact, the scenes and players are all rather grey. It is a squalid tale with a few threads of hope holding it in place, much like a mucky shabbily sewn quilt that still provides some warmth against the encroaching, harsh cold.

The plot takes place in the not too distant future. America has gone to heck in a handbasket with civil war on the verge of breaking out far and wide. An elitist group of religious terrorists have carried out attacks in major cities, decimating swathes of the population and sending many others into hiding.

One particular group of survivors, presided over by the once charismatic ego-tripping Father Ernst, serves as the focus of this story. Ernst and his “family,” consisting of several wives and children born out of incest, scrape together a life in an underground bunker. Cut off from communication with the outside world and inundated with the goofy old world religious sermons of Father Ernst, discontent is brewing amongst the elder members, especially since food is running thin and their leader’s actions begin to grow more desperate and violent.

This tension makes Tarry This Night cinematic in nature and had me wishing for a movie adaptation, which for me is the hallmark of effective writing. I wanted to go deeper with characters such as Ruth who is coming of age and is next in line for Ernst to wed. Understandably, she is scared to death. As well, I wanted to walk in the steps of Paul, a designated scavenger in the outside world, who is clearly divided by his loyalties to Ernst and those in the “family” who are being used, abused, and starved. Similar to Paul, the reader is torn. While I was rooting for this “family” of good but manipulated people to succeed, I also found myself loathing Father Ernst with every fibre of my being. Part of what makes this novel so compelling and Father Ernst so detestable, is that such exploitative and twisted people genuinely exist. The spectres of David Berg and Jim Jones loom over this novel. And this relevance breaks my heart in half.

Tarry This Night is a disturbing, yet accurate portrayal of religious cult mentalities. It also imaginatively portrays the fear and paranoia that the collapse of civilization and the American government would wrought. Tarry This Night had me hooked from the start and hungry for more, long after the last two words stopped echoing throughout my being. 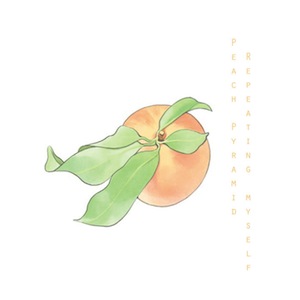