November brought us the first EP release from Vancouver-based, grunge-punk band Brutal Poodle, Long Time No See. Their live debut was made only earlier this year and Brutal Poodle has worked quickly to carve out a name for themselves in the local music scene. The three-piece is made up of individually talented and experienced musicians, guitarist John Johnston, drummer Dustin Bromley, and bassist Karmin Poirier.

In his first attempt at self recording, Johnston efficiently cultivates the core of grunge and mixes it with the static screech of indie rock. The EP’s opener, “Amateurs of the Universe,” sets a fast pace and strong instrumental backing that makes up the majority of the album. From the carefully constructed drum line on ‘“Space is Displaced,” to the conversational back and forth of “Charlene.” Brutal Poodle keeps it in high gear before slowing down for “Anna’s Gone.” The EP’s finale, “Broadcast,” is high impact and demanding, its long-sustained final note an open invitation for repeat listens.

Brutal Poodle has found its true draw in its duality. Duet vocals, sung in both a high and low registries, are heavily prevalent throughout Long Time No See and offer striking polyphony. This contrast provides the EP with an endearing sense of teamwork, the vocals frequently overlapping over themselves, and each other, to form an intertwined, if somewhat disorganized, call and response.

Brutal Poodle balances its lack of experienced cohesion with its raw, heartfelt enthusiasm. Long Time No See’s low-fi production is sure to appeal to grunge lovers, making them worth a listen and most certainly one to watch. 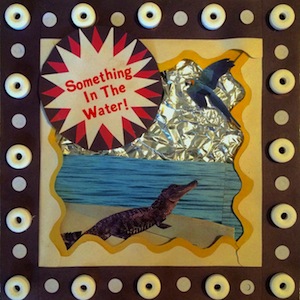