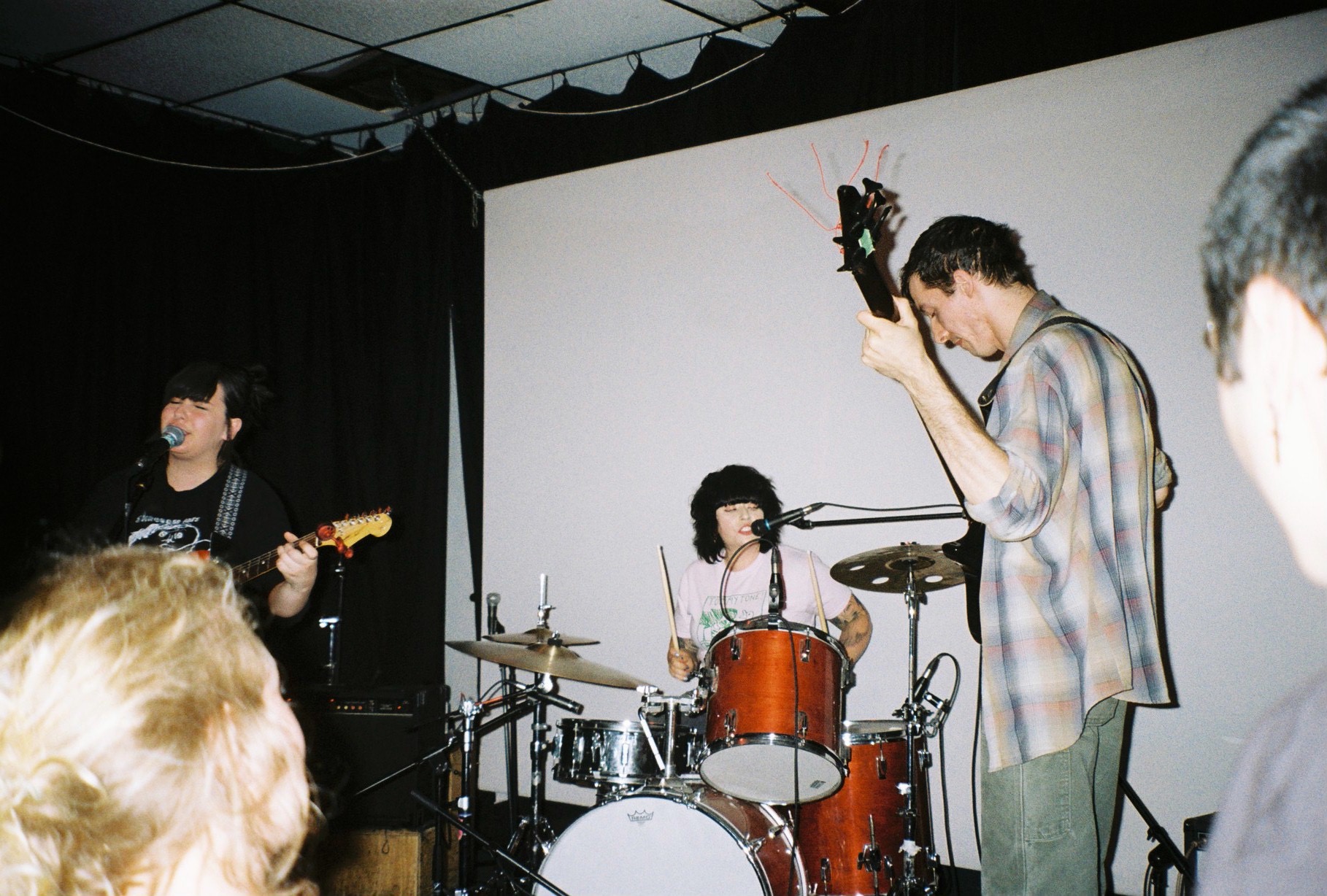 The crowd was still sparse when opening band Shrouded Amps took to the stage. The bulk of the night’s attendees had not yet arrived or were outside finishing their pre-show smoke. Still, Shrouded Amps brought a heaviness to the chill indie pop sound of their recordings that commanded the small audience’s attention. Guitarist Matthew strummed jangly rhythms in quick strokes while bassist Tracey played a foundation of staccato and long, sparse notes underneath. Vocals were mainly performed by Tracey in a soft, dreamy voice that reached high soprano notes. A standout element of the set was the drumming from Eirihn, who played innovative beats and fills as fast as a human metronome.

Following Shrouded Amps was indie-punk powerhouse Necking. Melissa’s high-energy drumming with frequent cymbal crashes and a pulsing beat drove each song, while Sonya laid down jumping bass lines and Nada alternated between melodic riffs and power chords on guitar. All this was topped off with Hannah’s screaming vocals and lyrics dripping with attitude. The band was forced to end their set early due to an issue with Sonya’s bass. As Red Gate’s sound engineers tried to resolve the issue, Hannah kept us entertained by doing a semi-handstand with a water bottle between their feet and trying to pour the water into Nada’s mouth, while Melissa told us about the Habbo cybersex that had inspired the lyrics to their song, “Habbo Hotel.”

Next up was anybodys, who announced that they were awake and refreshed from drinking cold brew before arriving. Guitarists Jonelle and Jaclyn shared vocal duties throughout the set, layering their synchronized talk-singing over distorted guitar that gave the band’s grunge-punk a sludgy edge. Karen pounded hard rock drum beats that were for the most part quick-tempo, but sometimes slowed down to lead a change of pace. anybodys made frequent use of breaks in their songs, the silence acting as a powerful contrast to the band’s heavy sound.

Last to perform was headliner pudding, promoting the release of their debut album. After giving shoutouts to all who helped them put Pop over together, the band launched into their set, playing “date night,” “baby tax,” “double happiness” and other tracks from the album. Paula strummed cheerful chord progressions and melodies, while Darren’s snaking bass lines weaved around their guitar work. Meanwhile Cyndi showed off the creativity of their drumming, with each beat tailored for a specific section of a certain song and no two beats alike. Over this poppy, post-punk instrumentation, Paula sung catchy vocal melodies with accompanying backing vocals from Cyndi. What was really notable about pudding’s set was their effective use of changes of pace, tone and instrumentation within many of their songs, as if each of those songs were several different tracks wrapped into one. The crowd was understandably impressed by pudding, heads bopping along to their songs and cheering when each one ended. At the close of their set, the audience even screamed for an encore, which pudding gladly provided. 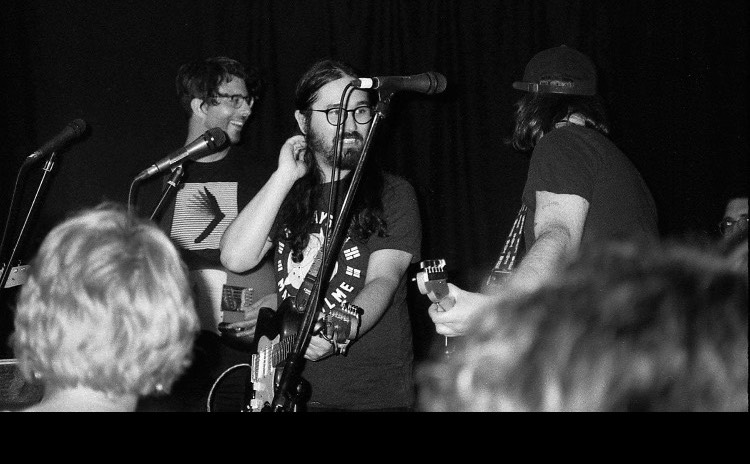