Look no further than the playful, hand drawn album art — detailing a number of ways in which to consume the herb mullein — to have an idea of Singer-Songwriter Martin Grice’s sense of humour on this set of ten alt-rock tracks. With its lo-fi, homemade feel, Mullein swings with an undeniably catchy groove.

The album kicks off with “Roy” and “Palimpsest,” a pair of tunes with jazz-tinged instrumentation and dark, esoteric lyrics. “Palimpsest” speaks of a recent break-up. Halfway through, its initially upbeat tempo suddenly falls into a mournful slow dance. The lyricism here is the album’s best. While in the verses, Martin sings of twisting his ex-lover’s image so as to frame her as the villain, the chorus overturns those words by musing that “it’s easier to digest / your unholiness / than to feel nostalgic / for our happiness.” With “Palimpsest,” Martin shows his vulnerability.

With the next track, he reveals his comedic side. The breathy vocals of “Without Funds” play well into its humorous meditations on paying off college debt and aspiring to be rich. To this end, the song dissolves into a short rendition of the chorus of Lorde’s “Royals” before finishing with a repeated desire for freedom.

While the following song, “Last Resort,” retains some of this rhythmic playfulness, the songs that come after slip in terms of both lyrical and musical focus. In “The Movie Theatre is a Bad Place for a Date,” for example, Martin’s chaotic vocals and odd lyrics do not amount to much more than filler. Moments like these summarizes the largest issue on Mullein: a lack of variety. And although I enjoy the lyrics and grooves of many of Martin’s songs, a broader instrumental palette would’ve added a much-needed sense of balance.

The final two tracks — “Let’s Fall Asleep Together” and “Sloth” — buck this trend and are welcome additions, each sounding like nothing else on the album. The former is a soft, sugary slow jam, with its occasional trumpet working well alongside the quiet, unassuming vocals. The latter’s echoey guitars and unrefined chorus finish the album off on a high note.

Martin Grice’s latest release is an imperfect set of songs, yet the album is defined by an honest sense of fun. I look forward to Martin’s growth as an artist and his future releases which will surely break away from this album’s mold. 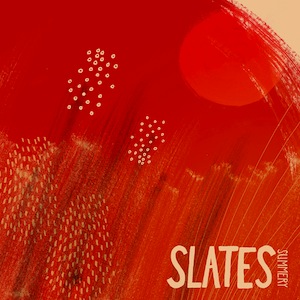