What’s better than two consecutive evenings of exhibition openings, performances and screenings in galleries across Vancouver? If this piques your interest, you’re in for a treat September 7-8 for SWARM 18, a free art festival organized and hosted by artist-run centres.

SWARM marks the launch of the fall programming season for many Vancouver artist-run centres. Differing from commercial art galleries or museums, artist-run centres (ARCs) are artist collectives or non-profit organizations that support innovative and new works from a variety of media. They have historically been an important agent of cultural creation and grassroots activism, and continue to be. Many ARCs in British Columbia are organized under the Pacific Association of Artist Run Centres (PAARC), and SWARM is an annual event that brings awareness to their alternative art spaces.

The Vancouver installment of SWARM will take place across the city, but mainly clustered in Chinatown, East Vancouver and Mount Pleasant. Discorder got the scoop on some specific programming:

Access Gallery (222 East Georgia Street) will be hosting an opening for Twenty-Three Days at Sea, Chapter 2: Michael Drebert, Lili Huston-Herterich, Rebecca Moss, Sikarnt Skoolisariyaporn on September 8. In partnership with the Burrard Arts Foundation and the Contemporary Art Gallery, Access has offered voyages aboard a cargo ship from Vancouver to Shanghai to a few emerging visual and performance artists. Lasting 23 days, these voyages serve as opportunities for the artists to reflect on the roles of major port cities in the Pacific Rim. The project challenges the role of artists as “witnesses,” as well as bringing visibility to transport systems and industry that society tends to overlook. It runs until October 28.

Gallery Gachet’s SWARM exhibition, The Oppenheimer Park Community Art Show, will be the last in their current location at 88 East Cordova before moving to another space. It is the 10th anniversary of this exhibition, which centres the work of artists working and living in the Downtown Eastside. The artists and members of the gallery will be in attendance during the opening reception on September 8 from 6-10PM. The show runs until October 22.

UNIT/PITT (236 East Pender Street) will be hosting an inaugural solo show for Giovanna Swaby, a Bahamian artist currently based in Vancouver. We All Know Each Other is a series of stitched portraits based around hair care. The press release states that the exhibition “celebrates the self-love and appreciation black women have worked fiercely to develop.” The exhibition lasts September 8-October 21.

grunt gallery (350 East 2nd Avenue) will be exhibiting Technical Problem, mixed media drawings by Vancouver-based artist Aileen Bahmanipour. Bahmanipour draws on epic tales and texts from her Iranian identity to explore themes related to politics and cultural expression. The press release describes Bahmanipour’s work as “both fantastical and meticulous,” informed by Persian miniature painting. Technical Problem opens September 7 and runs until October 14. There is a daytime artist talk at 2PM on September 9.

VIVO Media Arts Centre (2625 Kaslo Street) will be hosting an exhibit called Love And Rockets conceived by resident curator Darrick Chang. It will explore the outlets people indulge in when inhabiting tension, and relations of power that come with interpersonal relationships. Featuring works by Elizabeth Milton, Jennifer Remenchik, Benny Nemerofsky Ramsay and Leanne Betasamosake Simpson, the exhibit seeks to explore “longing and everyday feelings that provide an outlet for tensions and power dynamics that exist within interpersonal relationships.” The title is also a casual shout-out to the ‘80s comic by the Hernandez brothers. It runs until September 21 with an opening reception September 7.

This is just a few of the galleries participating in SWARM 18, but there are a dozen more. Each space has curated thoughtful and thought-provoking work that speaks to the strength of their communities. As an annual event that celebrates artist spaces, SWARM is a consistent reminder that art has the capacity to influence the day-to-day. It is an event not to be missed.

Check out paarc.ca/swarm18 for more about SWARM 18. You can also grab a general information pamphlet on ARCs at any participating gallery. CiTR 101.9FM and Discorder Magazine will have a table at Access Gallery September 8 to promote our new PLOT partnership. Come visit! 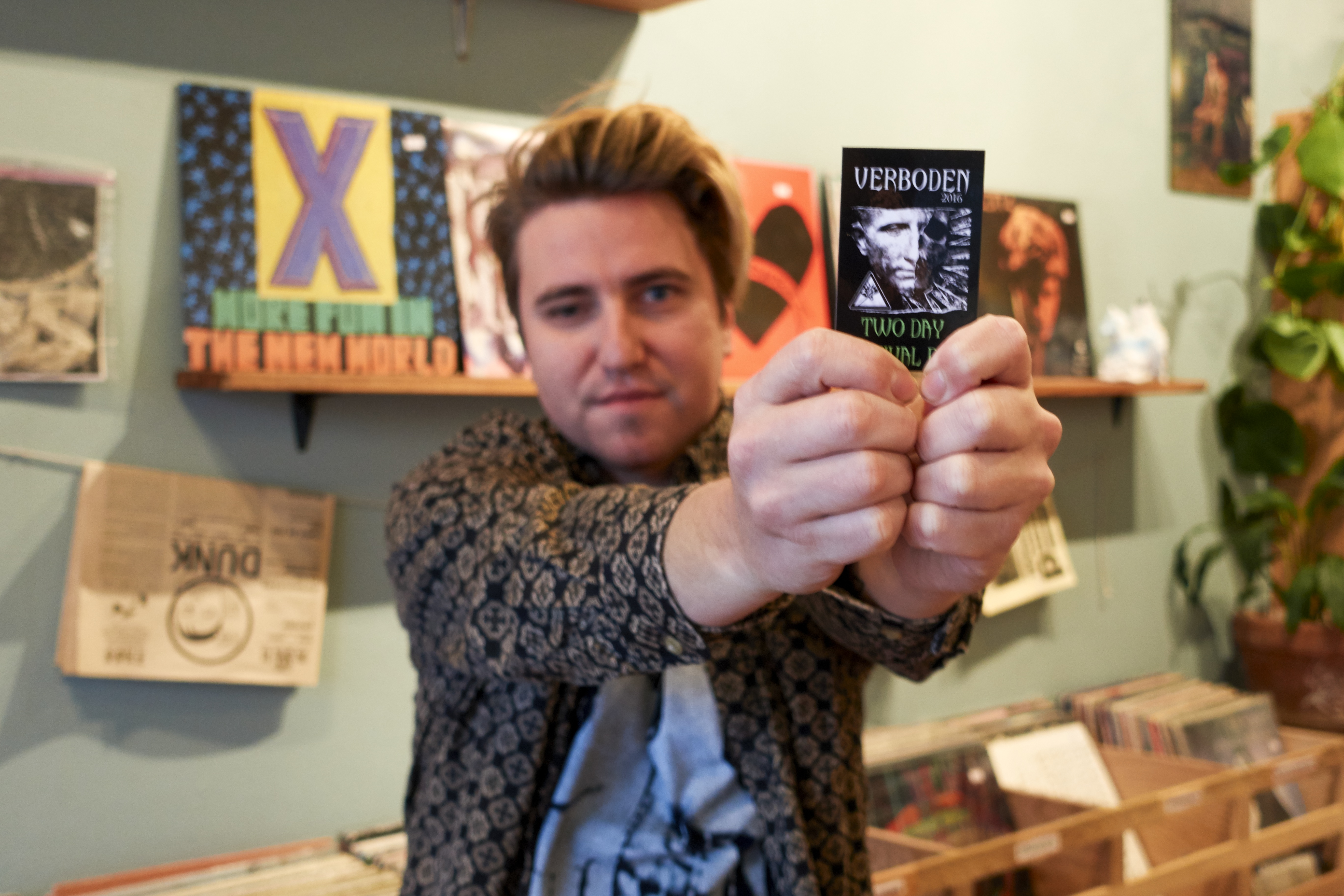