It takes a certain type of mentality to live out one’s days in a small community, be it a town with a population barely reaching 500 or a tiny island with under 100 residents. It takes an even greater will to suddenly drop big city life and move to a place that is a fraction of the size. But this is what Amber McMillan and her family did in the summer of 2014. Weary of the Toronto bustle, its hardened residents, and unforgiving winters, McMillan proposed to her partner that they quite literally leave it all behind and try living somewhere smaller. Her husband, Nate — a sweet, supportive and very agreeable human — went along with the idea and they began to search with no clear destination in mind.

Amber and her husband found what they were looking for: a small island in B.C, just a stone’s throw from Nanaimo Harbour, called Protection Island. This “car-free paradise” offered a much smaller population and freedom from Toronto’s harsh weather and living expenses. This young family, carrying only boxes of clothes and treasured possessions, made their way across the country to begin a life on new terrain. An experiment, in a sense, to see what taking a risk can truly look like. The results are eye opening, beautiful, and sometimes surprising.

As is revealed in this nonfiction tale, there can be a price to pay for any trade-off. Our environment can change and we can change with it. Or, we can hold onto our bullshit and continue on with our strongly held personality traits. And while lush greenery had replaced the glass and concrete spires of Toronto, Amber and Nate found life on Protection Island complicated. This small community came equip with its own bit of deeper nuance. Like Keith and his all around handyman ways, who despite his masculine airs, prefers dressing as a lady. And Rob, the affable ferry skipper, who seems removed from it all, but remains a deeply-rooted resident. It is clear that simple living does not necessarily equate to simplicity.

The Woods is more than a story. It is a snapshot of a life drastically altered, complete with moments humorous, odd, and sometimes frustratingly lonely. Though McMillan and family “only” lasted a year, they garnered a life’s worth of experience by taking on the challenge of letting go, uprooting and replanting in a completely foreign territory.

The effectiveness of this tale rests on McMillian’s talents as a writer. She plods along with a poetic whimsy that feels as though I am listening to an old friend recount the past few months over the phone. She doesn’t try to be a “good writer” and she doesn’t fart around with unnecessary details. Instead, The Woods is a raw, beautiful, dark and mysterious journey that runs the gamut of emotions, and provides food for thought as you ponder the next big change in your life. 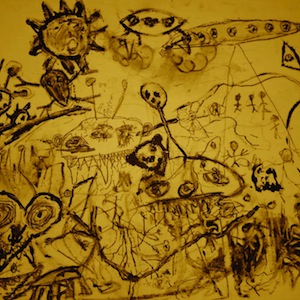