Sitting facing one another, behind their respective drum kits, littered with percussive odds and ends, Ben Brown and Kai Basanta start off the second set of the night together. With the conversation and house music still humming, Ben begins to toll a handful of bells as Kai’s drumsticks flitter across the kit. Gradually, they build up a base of percussion, never settling into any particular groove, but growing in volume, intensity and intricacy. The whole room swoops in to pay attention, the duelling drummers feeding off one another, playing anything and everything within their reach. Katie Duck, emerging from her seat in the far corner of the room, makes her way over to drummers. In a moment of respite from the percussive torrent, Katie leans over to Kai’s ear and speaks, so the whole room can hear: “You should be ashamed of yourself. Your father was a liar.” Pointing over to Ben, “His too.” The drummers pick up on the antagonism Katie deals out, fuelling their playing to an apex of ferocity as Katie circles around Kai, speaking only to him, as if she were the nagging voice in the back of his mind, egging him on, pushing and taunting him. Ron Samworth’s textural guitar effortlessly seeps into the sonic landscape of the room, plucking bent notes out of alligator-clipped strings; swoops of feedback shearing off in points; tapping and brushing across the face of his instrument, as if he could no longer remember how it worked. Sinking beneath the keyboard, Lisa Cay Miller sits on the floor, scraping and banging on the exposed bass strings of her upright piano. The deep, guttural echoes reverberate around the space, filling out the low end of the room like a storm. With wooden spoons wedged between, modelling clay pressed into, and metal bowls resting against the exposed innards of the piano, Lisa transforms the piano into an otherworldly machine, amidst the improvised chaos of her collaborators. Climbing up with one foot onto a windowsill, another on an exposed pipe in the wall, Katie massages Kai’s shoulders, lifts his hood over his head, and pushes the ensemble further into the delirium of the moment.

This was just one fragment of the evening. Hosted by Sawdust Collector, an experimental and interdisciplinary weekly performance series in the Gold Saucer Studio, the improvised performance was just one of the many events and workshops Amsterdam-based improvisational dancer Katie Duck took part in during her week-long tenure in the city.

It’s nearly impossible to put into words the events of the night. Each of the five performers went through a multitude of styles and techniques — Brown rolling his floor tom around the room; Basanta sporadically pounding his cymbal and kick; Miller percussively typing out a melody on her prepared piano; Samworth dragging a bow across the fretboard of his guitar; Duck explaining her dream, of which every member of the audience was a part — but any given moment was far from encapsulating the spirit of it all.

What became clear, however, was that the show wasn’t about Duck. Make no mistake: she was a force in the room, grabbing the attention of the audience at will. But over the course of the night, Duck acted primarily as a catalyst for her collaborators to improvise. More than anything, she was the inciting incident — wherever she stepped, Katie Duck stirred up a cloud of art. 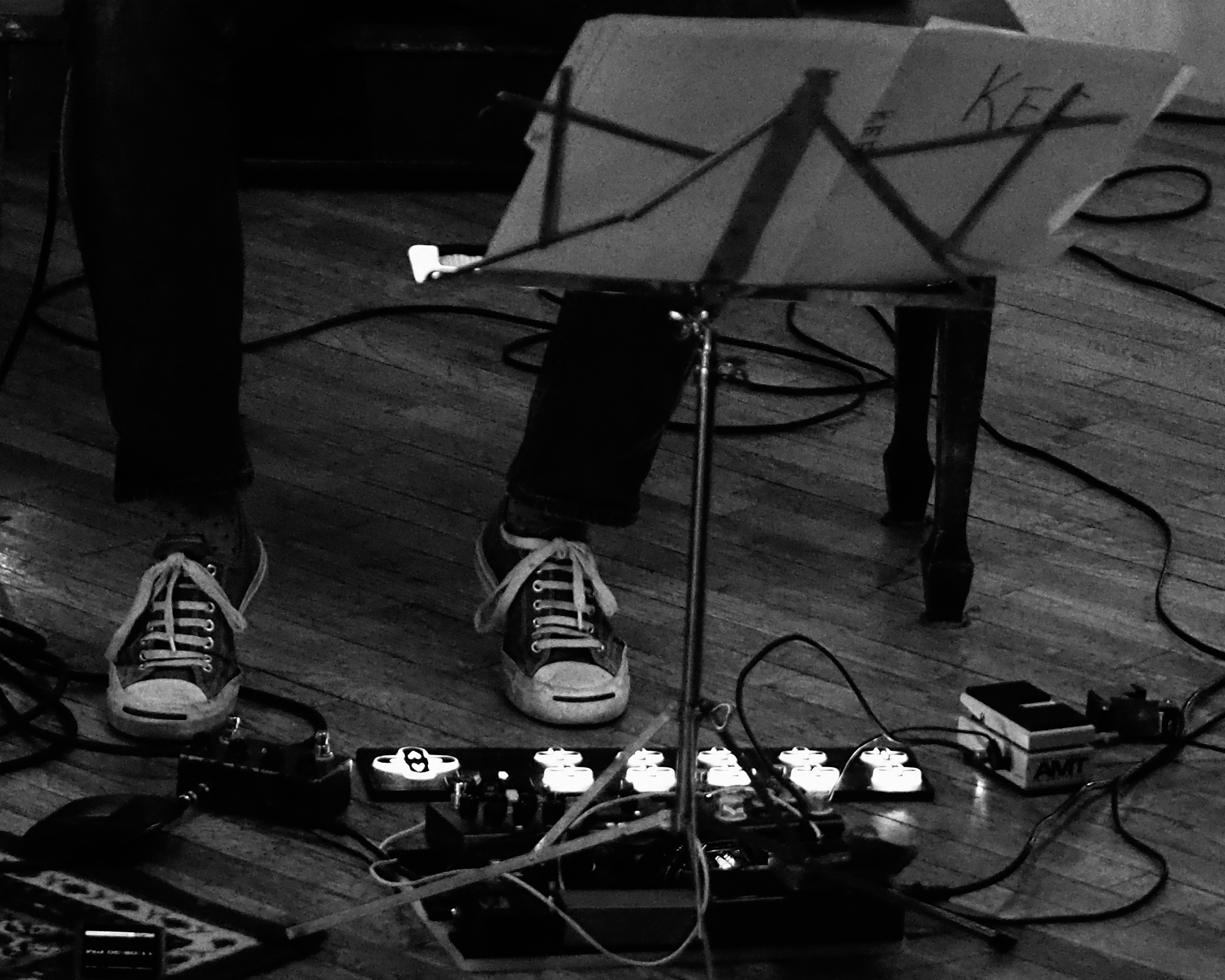