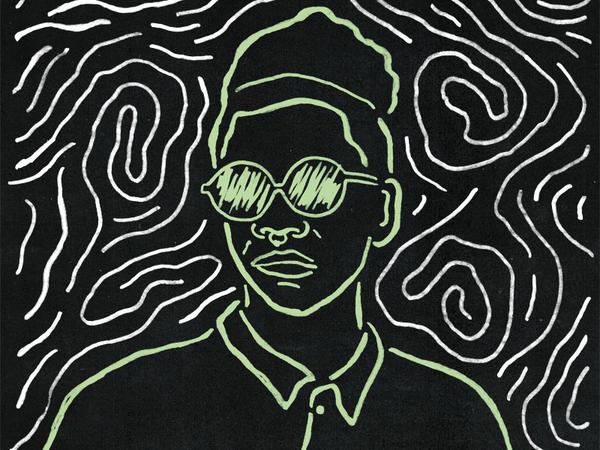 Outside Fortune on September 29, my lineup neighbours asserted that they were only there for Allie X and couldn’t care less about Shamir. I became immediately skeptical, and wanted to dismiss Allie X as the false idol of these blasphemers, but her set was too passionately eccentric to merit anything but admiration.

Adorned in oversized sunglasses-at-night and what was essentially a tulle cupcake, Allie X belted out songs from her first EP as Allie X, COLLXTION 1. The April release marks her greatest commercial success since the beginning of her musical career—as Allie Hughes—in 2006. The Allie X of 2015 resembled a Harajuku Carly Rae Jepsen, and her playfully animatronic choreography added to her charm.

Although she played to a crowd of maybe forty people, she gave no indication that we were anything less than a stadium of her most dedicated fans. The walls of Fortune swelled near to bursting with the force of her operatic, pop-infused vocals.

Still, I was confused as to how these two acts ended up touring together, because when Shamir came to the stage, I couldn’t begrudge Allie X’s fans for leaving. Their respective sets carried two totally different moods, and the contrast unfortunately highlighted the worst in Shamir.

In criticizing the performance of one of my favourite artists of the summer, I have to mention that Shamir is only twenty years old—as he pointed out before “Make a Scene,” he can’t even drink in his own country—and deserves all the time in the world to perfect his on-stage persona. And I say persona because that appeared to be his main problem. His too-cool attitude is what prevented him from establishing an authentic connection with the audience.

Still, his set had some major highlights. Shamir had danced nonchalantly amongst the crowd during Allie X’s set, which was super endearing. Two songs in, Shamir said the next song would be an “old one” and proceeded to launch into arguably his most anticipated song “On the Regular.” The audience was thrilled, and this was perhaps the show at its best. And he also showcased his impressive vocal talent with an acoustic rendition of his latest single, “Darker.”

All of the elements of a riveting show were in place: Shamir at one point jumped down from the stage and danced anonymously in the crowd, and he even offered the mic to reluctant soloists during the chorus of “Call It Off.” But the live show lacked the rebellious energy the studio album suggested we would see. His attempts at interaction ended up feeling rehearsed and were quickly abandoned.

Tuesday night enthusiasm can leave much to be desired, so hopefully this show was an isolated incident and the rest of the tour has been and will be more engaging. Considering that Shamir grew up in Las Vegas, just released his first (incredible) LP, and embarked on his first headlining tour at the age of twenty, maybe we really weren’t cool enough.