Taking over the CiTR airwaves every Wednesday from 3-4 p.m., host Ryan Rosell serves up an eclectic mix of beats, from what’s local to what’s loco. If that’s not enough to get you listening, then how about the show’s description: “It’s like mixing unicorn blood with Christopher Walken’s tears, then pouring it into your ears.”

Discorder: What’s the show about?

Rosell: Butta on the Bread started two and a half years ago. The show primarily focuses on local bands as well as concerts and other events that are happening around town — primarily in the scenes of garage-rock and pop. But I also dabble in a little hip hop and electronic music as well.

How did the show come to be?

I came to CiTR just to start using the CD library and the vinyl library, just to have access to it. Then I met a few of the programmers, in particular Chris-a-riffic, host of the Parts Unknown show. I went on his show and eventually made a demo and then started working on the student executive and then just sort of got sucked into CiTR consuming pretty much every waking hour of my life.

Are there any specific local bands you like to feature on the show?

Young Braised. He’s a rapper who I think is taking the rap game by storm and I’m really impressed every time I see his shows. He’s probably the most interesting musician that I have my eyes on. And the B-Lines. I also want to give a RIP to Apollo Ghosts. I performed on stage at their last show on one of their songs that I won through the Fundrive silent auction this year. That is a CiTR-owed highlight in my life.

How did you get involved in the CiTR community?

It started off just dabbling but now I’m an employee. I’m on staff; I’m the president of the student executive, I host a show, and then I also volunteer. I’m an employee as the Production Coordinator to specify. How that happened I have no idea. I woke up one day and CiTR was kind of my whole life.

How did you get employment at CiTR?

We offer several work study positions that are reserved for students and basically I was just a slave here until I got one. I say slave but I love doing what I do here; I would do it for free. It’s just nice that if it’s taking up that much of my time, I can at least have some income.

What music did you listen to growing up?

Nothing I’m too proud of. When I was really, really young I used to dance a lot to Elvis, which isn’t that bad. It got pretty embarrassing when puberty happened. Puberty is not a high point in my life in any aspect, but certainly for my musical tastes. I got really big into classic rock when I was 13. The first concert I saw was Roger Waters live in Key Arena in Seattle performing Dark Side of the Moon. It was crazy. It’s interesting how my first concert experience was like a giant stadium pyrotechnics concert. Now my preferred concert is a really intimate, maybe 10-person show where you know the band personally and you can connect and rage, not sit in a seat. I want to be able to have their sweat flicked onto me.

What is your favourite show besides your own?

My top list is Good Morning My Friends with DJ Abraham, the Parts Unknown show with Chris-a-riffic, Duncan’s Donuts, and the Shakespeare Show with Dan Shakespeare.

What does the future hold for the show?

I’m not sure how much longer Butta on the Bread in its current format will last. I’m working more on a spoken word entertainment podcasty type show called Podcasturbation so keep your eyes peeled for that. I like to plug it even though it doesn’t exist yet. Now that school’s started up I have a lot less time because I’m trying to be a full-time student and work a full-time job here. September I’m here usually 30 hours a week. So I’m dying a little bit inside, but in a good way. 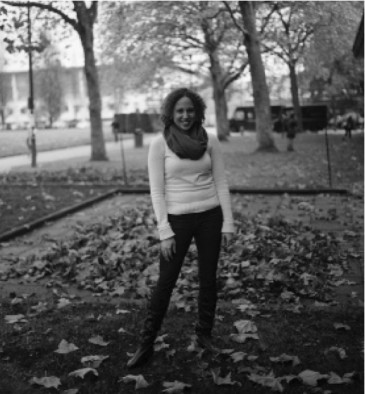