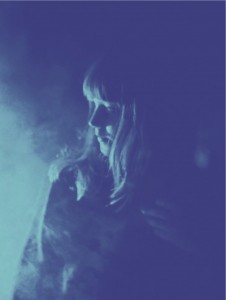 It was August and the van was a world of limbs: feet where they shouldn’t be, knees on the dash, arms draped out of windows and atop shoulders and wedged under the bulging carriage of a bajillion backpacks. We listened to Guided by Voices and rallied unanimous delight in the spotting of mountain goats. We asked eternally, “What time is it? No, what time is it here?”

Haligonians Nick Everett & Everybody had been on tour since May 28. The three-piece performed (and drove) and read (and drove) and made friends (and drove) all the way to Vancouver Island, and immediately after playing the Astoria in East Van, ushered Vancouver two-piece We Are Phantoms Again into their ’95 Trans Sport to drive—this time to Calgary—for a show booked the next night.

That may seem like a bastard of an itinerary, even slightly ridiculous. I know. It was me hunkering in the (soon to be very familiar) backseat at 2 a.m., with Jensen Gifford, the other half of We Are Phantoms Again.

This no-sleep-till-Calgary business may exemplify one of the “logistical errors” that comes with booking a three-month tour independently, Adam White (drums) of Nick Everett & Everybody muses. “We realized we can do it all ourselves, but at the same time, we can’t.”

Seem a little contrary? So does the Canadian music scene: geographically enormous, yet, “The scene is so small. Everyone knows everyone, from Vancouver to St. John’s,” Nick Everett remarks later, on the line from his seasonal residence on a farm in rural Ontario. Our conversation is interrupted only by goldfinches playing in the wind.

Though a London, Ontario native, Everett has been a charming and talented musical crux for the East Coast since moving to Halifax in 2009, quickly accruing buzz and acclaim. His latest project saw the alluring addition of Sydney, Nova Scotia natives Scott Boudreau (bass) and White. The union elevated Everett’s solo sound from progressive-folk into unique and ingenious rock-arrangement tapestries that must be experienced to be appreciated.

And experience it I did, many-a-night while on tour. But a west coast band touring with an east coast band? Rival scenes, man! Bloodshed and tears. It’s probably no surprise that the coastal clash is pretty much a myth, nothing more than “people get[ting] wrapped up in their own scenes, then get[ting] xenophobic. But there’s absolutely no real rivalry,” Everett says. Plus, White insists, “touring with a Vancouver band and being a Halifax band is like conquering the whole country together!”

The hours spent in the van napping mouth-gaped on shoulders, laughing over idiotic cramped-quarters happenstance, and helping each other staple and fold EPs attested to that. And if there’s no animosity spurned from our country’s craggy coasts, the central sprawl was a molten honey-pot.

Across the swooning fields some days later, we were welcomed to Saskatoon by hosts Elsa Gebremichael and Ash Lamothe of dream-pop group We Were Lovers. In the scarf-draped, lantern-lit backyard, we were reminded of the significance and romance of a good house show.

“Everyone wants to feel like a local wherever they go, and there’s no better way to do that than to be invited into someone’s home and play for their friends. It’s an important way to get connected to an audience,” offered White.

There’s something sweetly Canadian about that sentiment and, gratefully, reoccurring. White pointed out, “[house shows are] picking up, like with acousticroof.ca. There are lots of different ways to connect with people to get house shows together. It’s an interesting phenomenon. You can sign up as a host or artist.”

The van ploughed forth, and with pangs of sadness, We Are Phantoms Again parted ways with Nick Everett & Everybody in, unlikely enough, Lion’s Head, Ontario. The guys continued their voyage all the way to St. John’s, and finally ended the tour three months and eight days after they departed. “We made twenty bucks!” laughed Everett.

For now, Everett is hatching plans with a promising Edmonton-based label in its embryonic stage, while recording material regularly with his portable studio. White and Boudreau are pursuing individual projects in Halifax, with Nick Everett & Everybody on the back burner until they’re reunited. “I’d like to put my hand in a hundred cookie jars,” confessed White. We Are Phantoms Again are booking shows in Vancouver and co-running Googly Eyes Studio with an artists’ collective.

Though a continent apart, we feel that same creative momentum. Is it a Canadian musician thing? Am I mental with seasonal-affective sentimentality? What is it that pulls artists together and intertwines them inseparably?

Everett endeavours earnestly. It’s likely the same reason a Halifax band toured, counter-intuitively, with a Vancouver band, the summer of 2012: “Logic. And love.” 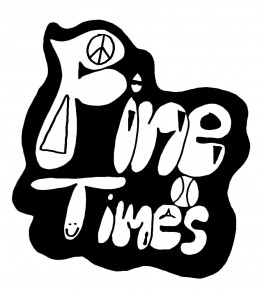