In the summary of Ride, Rise, Roar in VIFF’s 2010 guide, the Hollywood Reporter is quoted as saying that “Stop Making Sense is a tough act to follow, but David Byrne gives his younger self a run for his money…” I’m not sure that’s an entirely fair comparison, but it’s certainly an unwise one. Stop Making Sense, Talking Heads’ 1984 Jonathan Demme-directed concert film is often cited as the best ever made. Had Byrne and rookie director Hillman Curtis been trying to one-up the classic, the result would have been disastrous. Really, anything mildly Stop Making Sense-like in this film would have been disastrous.

Ride, Ride, Roar chronicles Byrne’s “Songs of David Byrne and Brian Eno,” the tour that followed the pair’s album Everything That Happens Will Happen Today, with a focus on the interpretive dance concept of the live show. As you might remember from the Queen E show, or at least from the Colbert Report, Byrne had dancers onstage for the tour, and he collaborated with choreographers he’s apparently been a fan of for up to a decade. That focus was a good choice, keeping the narrative mostly on what was, all said, the most interesting thing happening on stage. The sound, meanwhile, was phenomenal. My god, has that man still got it! Byrne’s voice sounds as good belting out “Burning Down the House” as it did in ’83, a welcome surprise. Musically, the best moments came in the extended outros a few songs were lucky enough to receive, like the razor-sharp “Houses in Motion.” Byrne has made up for a lack of guitar showmanship with quality solos in the songs that called for them, so he’s still got the guitar locked too. The dancing, though, was the star, and quite entertaining on some songs, such as the highlight of the film and best track on the album, “I Feel My Stuff.” But, I can’t honestly say I didn’t find the dancers distracting or unnecessary from song to song, or that my mind didn’t occasionally wander to Stop Making Sense, a film I’ve already pointed out it was smart not to emulate.And therein lays my bone to pick with this film.

One of the first musicians I was ever really passionate about was Brian Eno, and Talking Heads are one of my all-time favourite bands. So, naturally, a phrase like “Songs of David Byrne and Brian Eno” gets my heart racing. I think to myself that this the closest we’ll ever get to a big final lap-style tour from Byrne, and I couldn’t be happier. But then, it comes, and . . . dancers and tutus? Where’s the fun in that? I’m only 18, and I’ve never seen David Byrne, or Talking Heads, or anyone related. Am I spoiled? Was I wrong to get a little angry when two of the choreographers interviewed admitted they had never heard “The Great Curve” prior to working on it? Or when another talked about how cool and interesting it was to use a simple polyrhthym in the choreography of “I Feel My Stuff,” apparently oblivious that it was Talking Heads that popularized polyrhthyms in Western music.

I watch Rise, Ride, Roar, and what I see more than anything is a good tour that is just waiting to be blown out of the water. Who knows, maybe he can cycle down the aisles, make something explode, and sing “Book I Read” next time. That’s the kind of spectacle I know David Byrne is capable of, and that’s the show that spoiled, pessimistic me would rave about for the rest of his life. We might even hear “Wanted for Life.”

Ride, Rise, Roar is showing at the VIFF. Screen Times: 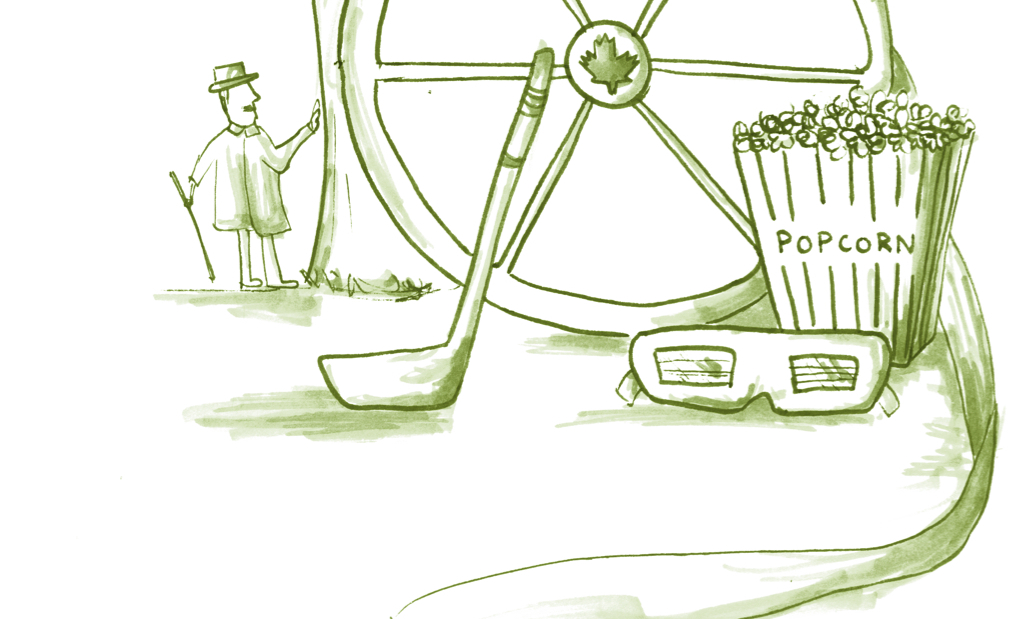