Halfway through All Of My Bodies’ centerpiece “White Buzz,” the muted drum patterns and ambient synths – that the listener has long since become accustomed to – fade out, giving way to harsh guitar feedback and cymbal crashes, further followed by a transcendent four-minute outro of emotive, wordless singing. The accompanying music video seems to steer away from anything matching this cathartic intensity, simply tracking the KTX fast train heading towards Seoul station. This, however, is the scenery that Andrew Lee (Holy Hum) took in while travelling to his family burial site alongside the ashes of his father. A pained, emotional fracturing that only a death in the family can cause pervades this album, with Lee commenting that the music “is not for you. It’s for me. It’s for my late father.” (Grayowl Point, October 2017)

Though sharing a concern with the ‘real death’ of a loved one, this album does not have the insular, non-musical ruminations of Mount Eerie’s critically acclaimed A Crow Looked At Me. Rather, All Of My Bodies is lush – an album that is unafraid of breaking the musical confines of Holy Hum’s previously synth-only instrumentals. “Flower In The Snow” is complemented superbly by snatches of flute and piano, as well as stand-out backing vocals from Kathryn Calder (The New Pornographers, Immaculate Machine). “Heavy Lark” features a lot of ideas heard nowhere else on the album, with an industrial drumbeat, vocoder, an unexpected Spanish guitar solo, and a slow, brooding surf guitar line that feels right at home on the rain-sodden beaches of Vancouver. This newfound complexity, however, means that the hazy instrumentals “Joseph Pt. 2” and “Sun Breaking,” that reference Holy Hum’s earlier work, compare poorly. Especially when the same building, swaying synths are complemented by the sputtering drumbeats and melancholy vocals of the title track’s dramatic conclusion.

Fittingly, for an album as personal as this one, it is ultimately the vocal work of Lee that binds this album together. Lee’s compelling voice, now separated from the rock stylings of his previous band In Medias Res, is free to become the absolute centre of attention. This, in turn, provides a greater focus towards his often-enigmatic lyrics, that wrestle with the impossibility of communicating such a private sense of grief and regret through his art – at one point Lee addresses his audience: “You can all clap as hard as you would like to / But he’s not coming back.” It is fortunate then that the feedback swells and formless wailing of “White Buzz,” as well as the layered, accomplished beauty featured throughout All Of My Bodies, conveys far more emotion than simple poetic lines ever could. 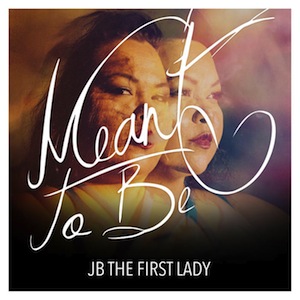