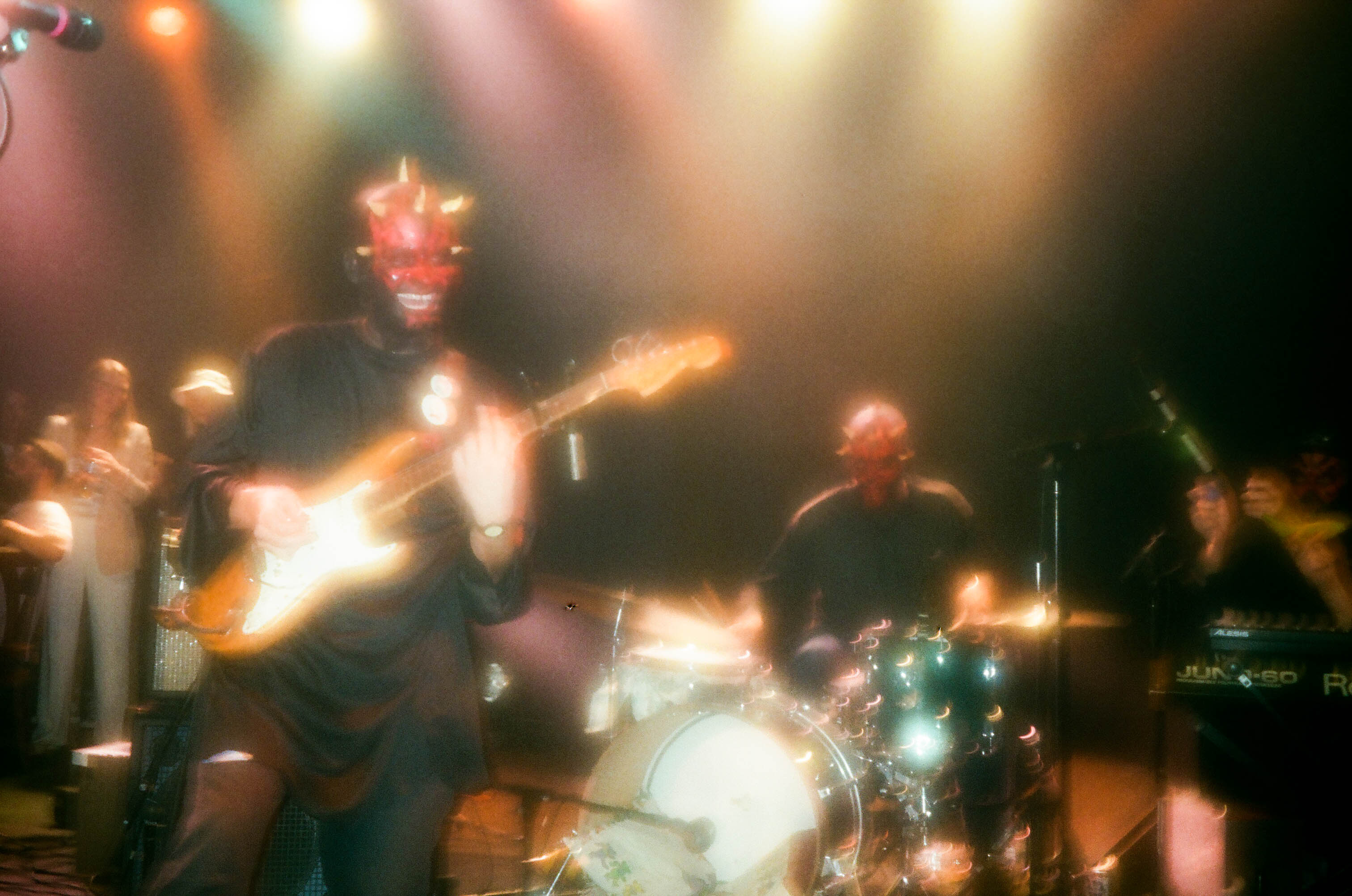 The Vancouver music scene was ecstatic to have Mac DeMarco back. The first of two Halloween shows, DeMarco’s homecoming tour for his new mini-album Another One was definitely catering to a young audience, who, hip and drunk, would point out anyone they thought was over thirty and loudly question their presence. An audience with no concern for Halloween costumes, clean cut people hid under grungy vintage clothes. Seven eighths of the crowd arrived wearing Vans and excessively long shirts, with unkempt facial hair to match; it was an unabashed appropriation of the ’90s small town slacker. At least the Commodore gave off a little seasonal appeal with some impressive cobwebs spanning the roof of the dance floor.

There is something romantic — and, arguably, the ultimate expression of success — when people from your past bands open for you. In the case of Mac DeMarco, every opening band had some connection to or were currently in a band with him: Pierce McGarry, DeMarco’s bassist, currently fronts Walter TV while both Jen Twynn Payne (of The Courtneys) and Alex Calder were in Makeout Videotape, DeMarco’s previous band with Vancouver roots.

Starting the night, Walter TV had a lighter sound than I expected. The jangling surf rock of Pierce McGarry and co. may have had rhythm but their songs confused the audience, who wanted to dance and didn’t know how to translate the lilting songs into actual movement. Closing with “Jane Says,” the Jane’s Addiction cover was the most danced to in the entire set.

Introducing each band member as Courtney, I knew automatically I would enjoy The Courtneys’ set. Incredibly West Coast, not just in sound, but also because they are from Vancouver, The Courtneys were definitely the band I was looking forward to seeing the most. Not only are they a successful female band with a drummer who isn’t afraid to take the lead on vocals on a number of songs, but they’re backed by a rich bass feel that twists throughout their songs. Energized by the slacker pop they brought, the crowed bopped and crashed until exhausted by standing for hours unable to escape the crowd that pushed on toward the stage in ecstasy.

Next, Alex Calder and his band stepped onto the stage. All the band members, it seemed, had bleached out their hair to match Calder’s light blond. The junkyard twang of a blue dinosaur guitar that had also been used in Walter TV’s set was perfect for Calder’s brand of fuzzy indie rock. The band was at once told to play “Suki and Me,” which they played to a squirming audience. His sound is closer to DeMarco’s: dreamy guitarwork paired with a sweet, crooning voice. Calder’s set complete, A loud proclamation of “I want a cigarette so bad, I’m gonna fucking die,” symbolized the struggle of standing at the front of a crowd for, in some cases, four hours just to see DeMarco play.

Finally, nuns began setting up a viewing section on the stage. Four Darth Mauls lead the charge of band members, friends and family having a spooky party. It was special to see a band in melting and smeared Halloween makeup playing the same quality show they would to thousands of people on a festival stage.

Starting off with “The Way You’d Love Her,” off of Another One, the band played fervently, face paint melting off like a second skin, and intuitively knowing which songs the audience wanted. The nuns and most of the other band members sat and watched through the spooky organ-laden set. Eventually, all the members of the other bands came on stage in face paint and crowd surfed, diving in full throttle.

The second last song was the one I had waited for the entire night: “Chamber of Reflection.” I left after that, but not before hearing mutterings and questions about which afterparty people thought Mac would be at. The Makeout Videotape reunion I had wished for hadn’t happed, but maybe I had missed it by leaving early.

P.S. The Courtneys’ van was stolen the day after this show in the Mt Pleasant neighbourhood of Vancouver, if you’ve seen it please let them know!!