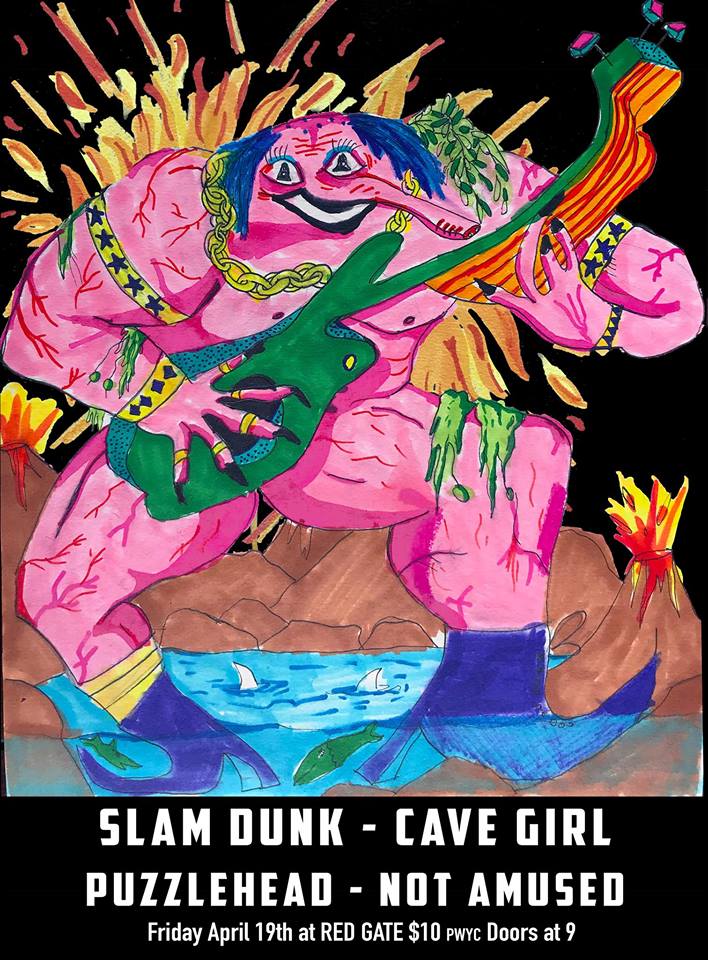 Dating back to the days of Myspace, Victoria based garage rockers Slam Dunk are known for putting on a great show. After a bit of a hiatus the band played alongside Vancouver staples, Puzzlehead and Cave Girl as well as the Queens, NY noise band, Not Amused. Under the revolving disco balls of Red Gate, this Easter weekend show sure crucified the crowd.

I walked into the venue to hear the languid vocals and commanding guitar of Puzzlehead’s Clarence lulling listeners into a head bobbing trance. As half the band was out of town — or so I heard — Claire of Cave Girl jumped pretty seamlessly from playing synth on the ground to drums throughout the performance. Clarence commanded attention with her powerful presence on stage playing both new and old songs.

I was intrigued to see the next band, Not Amused, who were playing Vancouver for the first time as part of their North American tour. Their latest release, Dante, is a punk album that has a loud and lo-fi (dare I say Myspace-y) feel — the kind of music I felt would thrive in the live setting. The crowd had thickened by this point and with guitarist, Ben making use of the floor and the stage, it was engaging to watch. The harsh vocals and loud guitar riffs riled up the crowd.

After a bit of an interlude, an eclectic mix of low volume hits allowed for small talk. It’s kind of strange to be listening to “All Star” by Smash Mouth in the midst of a pretty noisy four-band lineup. Cave Girl’s set was short but sweet. The blend of vocals was reminiscent of The Courtneys and the strong bass built on the night’s antics.

Shortly before midnight, Slam Dunk hit the stage to a full crowd. Guitarist Jordan Minkoff greeted the audience. “We’re super jacked up to be here, we haven’t played a show [in Vancouver] in two and a half years,” which really explained their performance. The crowd clearly felt the same thing, because it was full and boisterous. The typically four piece band — two guitars, bass, and drums with a mixture of vocals — had the addition of a saxophone player that highlighted the jazzy sounds of their 2013 album Welcome to Miami. As one bandcamp user says, the album is “earnestly trying to get you to dance,” and this reigned true for their live performance.

By their second song, “Dying Breed,” the mosh pit was very alive. Once Jordan asked all the boys thrashing around with skateboards in their hands “to put them on the stage, it’ll look cool,” the band launched back into classic high energy garage rock. Slam Dunk knows how to engage with a crowd, which is no surprise as the band is known for their performative antics like their 2015 mockumentary Playing With Fire, documenting a fictitious tour with Arcade Fire.

After a brief Cranberries cover, the group gave one person his skateboard back to do a trick in the crowd. Then, satirically crossing off “skate sesh” from the set list, the band launched into the few final songs. The performance had some big DIY energy and the banter between the audience and band members made the show feel more intimate. 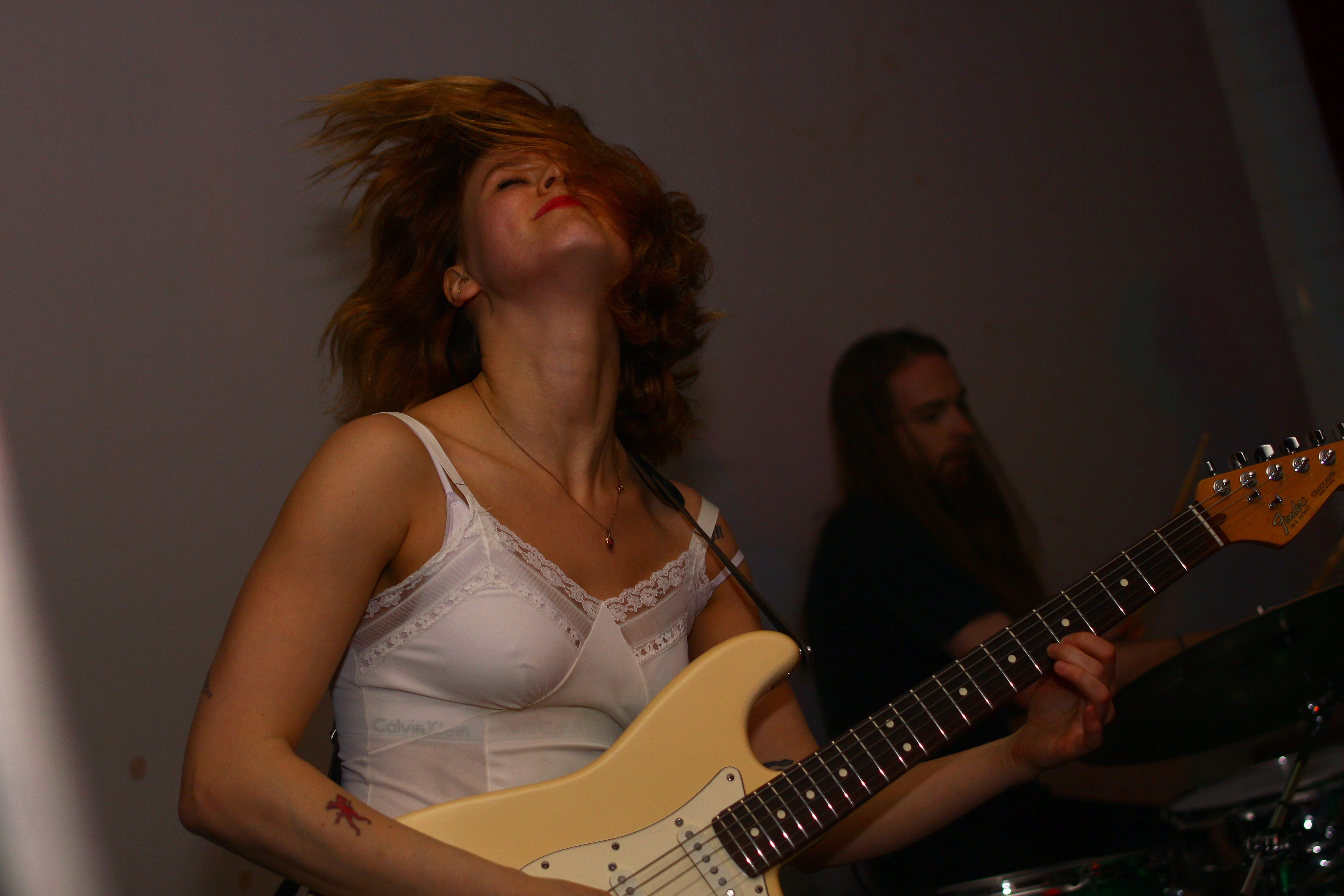 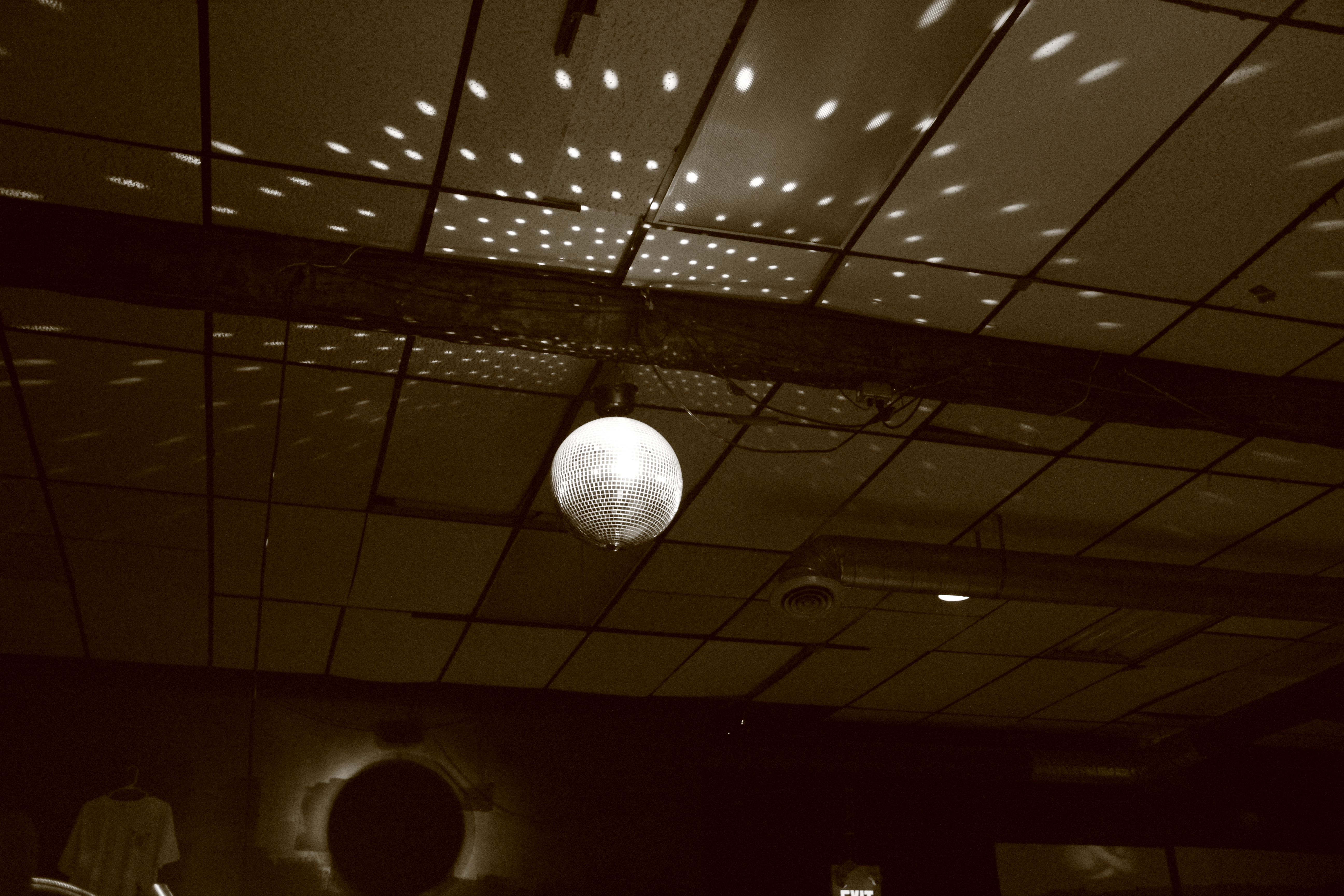 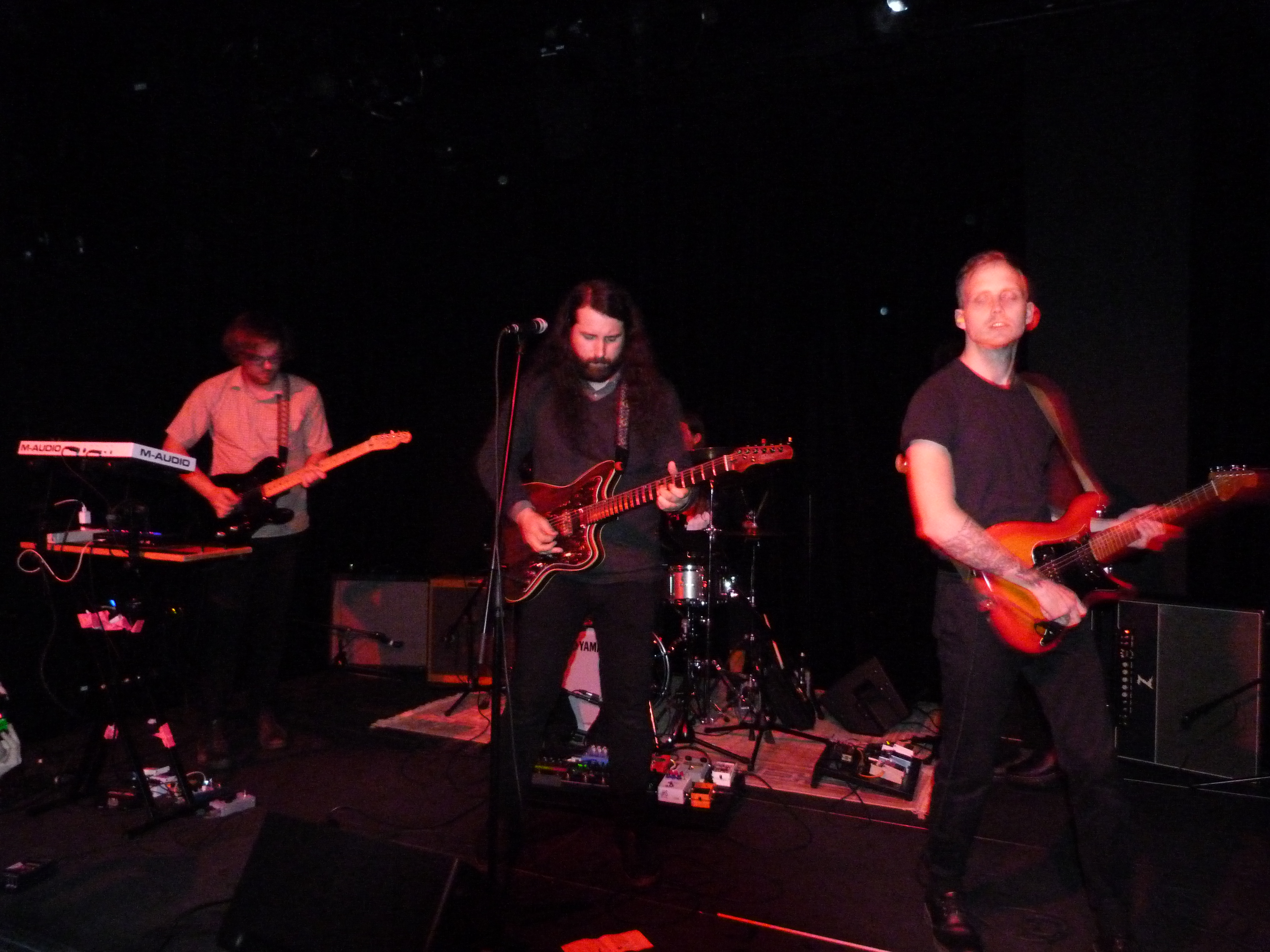