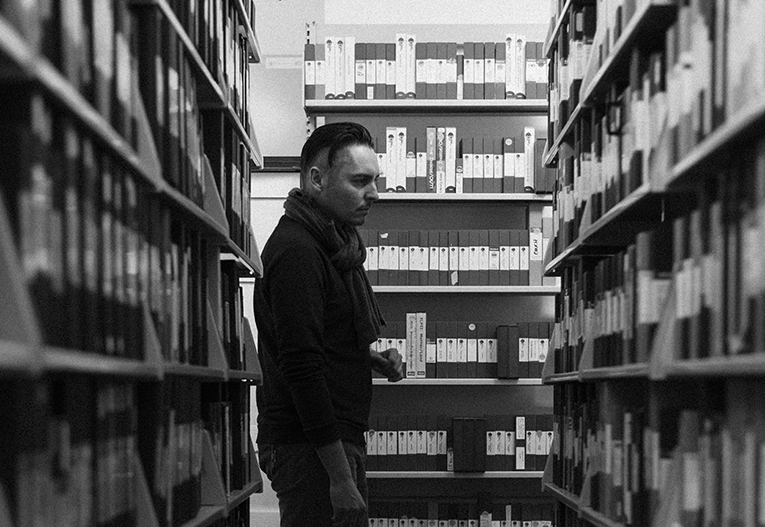 “Just because the name of the series is ‘Quiet City’ doesn’t necessarily mean that the music won’t be loud.” — Constantine Katsiris, Founder, Quiet City

For over a decade, Constantine Katsiris has been a curator of all kinds of concerts and events. His longest running series has been Quiet City, presenting its 32nd instalment on March 17. Constantine shows no signs of slowing down anytime soon. As he says, “Hosting concerts is definitely in my blood … it’s part of my lifestyle.” Over the years, Katsiris has poured his heart and soul into promoting local and lesser known artists from all kinds of left-field genres — from drone, to avant-garde, to electronic — by giving them a unique opportunity for gaining exposure.

It is very obvious that his passion for experimental music is as strong now as it was during his salad days: “Wherever I live, I try to buy music by local artists from the record shops, and attend as many shows as I can to hear new music … I’m still researching, collecting records, and listening to what’s current in other cities around the globe, although I don’t devote as much time to that as I used to when I was younger.” Katsiris reminisces, “When I discovered ambient music back in the mid-1990s, I felt like I had stumbled across something that really resonated with me, namely Brian Eno, Aphex Twin, Future Sound of London, Autechre … It was like a new world of music that I didn’t know existed had presented itself.” But much has changed since then, now with esoteric art forms being more accessible and easier to come across than ever.

This month’s Quiet City especially is nothing short of revolutionary. This instalment intends on literally challenging and overcoming the confines of city limits, with the feature of “a live telematic performance piece between Sydney and Vancouver.” If that doesn’t sound cool enough, other performances include “a chamber doom trio, free improvisation, modular synth wizardry, ambient music and more.”

Quiet City’s audience grows year by year, mostly through word of mouth. More specifically through “the testimonials of the artists who’ve previously attended or been involved.” The atmosphere that Katsiris has laboriously crafted and refined over the years, “is one of inclusiveness, focused attention during performances, introspective listening encouraged, friendly and safe atmosphere in which to enjoy the sometimes bizarre music that we’re presenting,” as well as, “a platform for experimentation.” Because the event has acquired so much attention since it began, Quiet City has bloomed into its own sort of social phenomenon.

In discussing the event’s ever growing popularity, Katsiris admits, “In some ways I prefer Quiet City to be an underground entity, something that one might have to seek out in order to find. I also find it interesting to talk to people who were simply drawn to the poster art and decided to check out the event on a whim.” Elaborating on his motivation for continuing Quiet City, he explains it plainly: “For the uninitiated, stumbling upon something such as drone, harsh noise, soundscape composition, or free improvisation for the first time can be a truly thrilling discovery … Seeing the amazement in the wide eyes of someone who just experienced something new is pretty incredible.” The community has grown in the event’s immediate presence, all thanks to Katsiris. “What once was disparate is now cohesive … Hopefully we’ve been a bit of that glue that has held this weirdo music community together,” he says.

Quiet City has been cited as a widespread inspiration for young artists and promoters alike, and Constantine is a beacon of encouragement: “We are small groups of people forging our own paths, creating the types of spaces that we want to exist in… It all becomes part of the local history and eventually the underground gets the recognition it deserves.”

While Quiet City may be Katsiris’ brainchild, he is adamant that the series could not have gotten to where it is today without the support, inspiration, and encouragement of many others. At the beginning of Constantine’s career in promotions here in Vancouver, he co-hosted Soundscape on Vancouver Co-Op Radio, CFRO. Since leaving CFRO, Katsiris says, “Soundscape is [still] considered to be a co-presentation partner [of Quiet City], as their involvement is crucial as a broadcasting platform featuring the same types of music we feature in our series.”

It should be mentioned that a very notable characteristic of Katsiris’ is his ability to maintain his professional relationships and friendships within the arts community from all over the globe. He mentions his long standing partnership with artist Jack Duckworth, who designs each Quiet City poster. Katsiris praises Duckworth’s talents, “His incredible designs are works of art in themselves, and I couldn’t have asked for a better partner to provide the visual representation of Quiet City to the public.” Duckworth has since moved to London, but his artwork is still very prominent and integral to Quiet City’s impact within our music and arts community.

Before Katsiris concludes the interview, he proposes the possibility of an eventual Quiet City festival, but I guess we’ll just have to wait and see. For anybody who may be interested in contributing to the series in the future, Constantine offers an open invitation, “Come with an open mind. If you think on the same wavelength, get in touch to be involved.”

The next instalment, the 32nd in the series, is a co-presentation with VIVO Media Arts Centre on Friday, March 17. It will feature performances by Crawling Human, John Chantler, Loscil, Rosen and Smalltime Magic. Advance tickets $12 on Eventbrite, or $15 at the door. If you are interested in being involved in Quiet City or want more information, email Constantine at quietcity@panospria.com.