Editor’s Note: In Response is a new Discorder column that directly responds to another piece of writing or broadcasting. For this first one, the article is in response to “Does College Radio Even Matter Anymore?” by Kevin Lozano, published to pitchfork.com February 8, 2017.

I’ll start by saying that the Pitchfork article is written within the context of an American regulatory / broadcast landscape, and I am speaking within the context of a Canadian regulatory landscape — there are differences between the two, perhaps some of them so longstanding and systemic that they would actually change the underlying purpose of Campus and Community Media in the United States versus Canada. Even with that said, I know that American cultural imperialism and the impact of their cultural institutions is quite potent. I know that while the Pitchfork article may be written in a U.S. context, it is quite possible that its implications could move beyond borders and seep into general consciousness elsewhere. In fact, at the time I am writing this, the article has already been shared on the Canadian National Campus Radio Association email list-serv. In the case of “Does College Radio Even Matter Anymore?,” the title alone is detrimental to Campus / Community Media everywhere. That part isn’t great. So someone should interject, and perhaps the new digital social mechanisms will allow for this interjection to be shared.

Plain and simple, to correlate the relevance of Campus / Community Media with the ability of labels like Sub Pop to use them as vehicles to sell their particular brand of cultural product, is a bad call. This is an unfortunate thought / consequence of a time in the late ‘80s and early ’90s when the U.S. music industry leveraged Campus / Community broadcasters to sell their brand of cool. Not to say that it sucked that independent artists found success within the campus radio environment in their “heyday,” as defined by Condé Nast for this article, because that success propelled them to more national and international recognition. I am also not saying it is bad that independent labels benefitted immensely by utilizing Campus / Community Media networks. I will say that at the end of this “heyday,” the people who benefited the most were the largest, most intensely capitalistic organizations, mostly through the exploitation of Nirvana-style counterculture, like the article notes.

One could argue that in 2007, the role of websites like Pitchfork in the music industry mirrored the role that Campus / Community Media played in the late ‘80s and early ‘90s, with the distinction that Pitchfork is owned by Condé Nast. Campus / Community Media has never had to deal with the undeniable pressure that exists from being a subsidiary of a giant Media conglomerate, and the profit motives associated with that. The reason I bring that up is because it sheds light on why the metrics of listeners and the music industry’s use of statistics is so strong in Pitchfork’s article — Pitchfork itself derives relevance from analytics. They probably base their business plan on it.

The empowerment of people through providing open access to media, media literacy, and the production training that community media provides, is the correct way of measuring its success.

Circling back, it’s fine that artists found success through Campus / Community broadcasters in the ‘80s / ‘90s, but to tether their relevance and the relevance of community access to media in 2017 to a point of time 30+ years ago is a huge mistake. The article definitely alludes to the idea that Campus / Community Media is a training ground and place of empowerment, but those mentions are sparse. The majority of the article focuses on how industry representatives interpret the relevancy of Campus / Community Media, statistics about listenership, and qualitative experiences of people who are established — are these the people to talk to about community media?

Campus / Community Media does not cede to the idea that success is defined by the quantitative factors that corporate media is driven by. It does not attempt to achieve those goals, hence why it does not achieve those goals, and also why it doesn’t care about achieving those goals. Most corporate media organizations (social media included) have become glorified advertising agencies, with their main motivations to collect and commodify listeners / readers / ‘likers,’ and sell them to the highest corporate bidder. Campus / Community Media rejects that model.

If Pitchfork actually wanted to write an article about whether campus radio matters, it would ask Campus / Community Media about how it envisions their roles in a media environment that is increasingly corporate (through conglomerates like Condé Nast) and democratic (through sharing on corporate social media platforms), but decreasingly funded regionally and nationally.

The empowerment of people through providing open access to media, media literacy, and the production training that community media provides, is the correct way of measuring its success. Campus / Community Media provides a framework for marginalized voices to gain the skills to actively participate in media. Those perspectives are not represented by corporate media, and the Pitchfork article fails to acknowledge that. ‘Success’ for community media has little to do with the Condé Nast version of ‘hip’ or ‘Best New Music’ label, and everything to do with trying to provide a space for discussion, whether that be on FM, web-streamed, or in print. Campus / Community Media is intentional space for learning, exploring and sharing. An unintentional consequence is that Campus / Community Media can be considered a vehicle for music industry profit, but that is not why it exists.

This is also not a straight condemnation of all of the content that Pitchfork puts out. It is now 2017, mainstream media coverage is becoming more diverse, and traditionally marginalized voices are becoming more centred, for this we are grateful. I believe many of the journalists that write for Pitchfork really do care for positive social change. That said, an article on Pitchfork can be stopped, changed, or removed if the article does not align well enough with the profit motive of Condé Nast — that subconscious organizational censorship is real.

It would be unnecessarily confrontational to negate something covered by Pitchfork because it represents a cultural product that feeds a particular group of consumers. Independent artists, musicians, activists, journalist, DJs, etc., are the cultural producers that Pitchfork sometimes promotes — and their success is ours. The higher levels of cultural / social capital afforded to people featured on Pitchfork has material manifestations in the form of money, and if that money goes to the independent producers of content, that’s great. The music industry value chain may siphon profits meant for cultural producers, but that also isn’t totally a bad thing. It can be positive if the money goes to smaller press companies, booking agencies, venues, etc., that distribute these profits to everyday people, as opposed to hyper-wealthy CEOs.

I am trying not to demonize Pitchfork, because it has helped a lot of people and brought some important opinions to the forefront in its history. However, I think it is important that us as readers, and as commodified cultural consumers, continue to critique and contextualize the content that we are spoon-fed, especially when it questions the value of Campus / Community Media for clickbait. 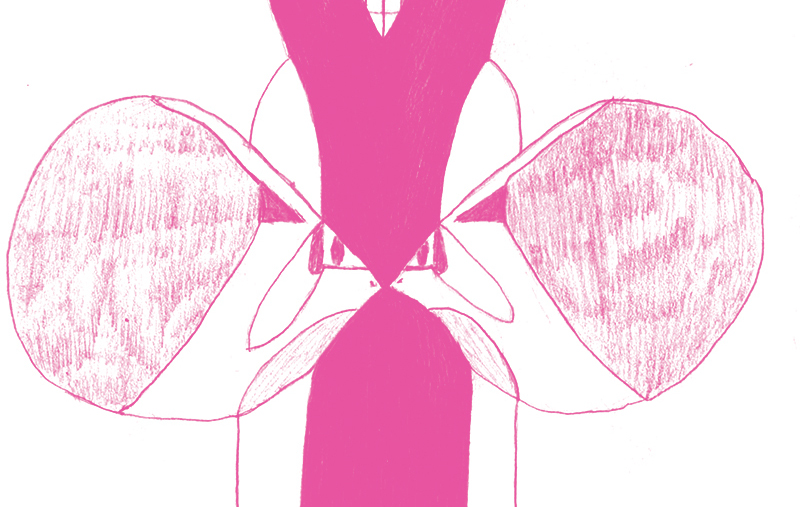