The first time I ever voted was in the 2001 provincial election. The NDP had been in power for a decade and it was clear that their time was up. Being a rookie to elections and an eternal optimist, I voted with my heart instead of my brain; I voted for the party who best represented my values and had a platform that I agreed with most. On the way home from the polling station my dad asked me whom I had voted for. I didn’t tell him. After all, a person’s democratic right is theirs and theirs alone. Mostly though, I was just embarrassed that I had voted for a candidate that would surely lose. I voted for the Green Party candidate. We lived in Prince George.

The angry ashtray of the North.

Since that first experience in a voting booth I’ve become much more savvy about all the factors that actually decide elections. (Note: when talking about politics, the word “savvy” can be interchanged with “disillusioned,” “jaded,” or “fed up” in any instance.) The key issues (whether those issues mean anything to me or not), the voting history of any given area, and the voter turnout add up to a Pythagorean theorem of frustration. I never really look at the big picture anymore and that hurts my optimistic heart. These days, my voting strategy almost always comes down to a single issue: which leader do I like better?

Of course, this feeling of “savviness” can often lead people to tune out and not vote at all, which I totally get. Politics are like watching a game of cricket. It’s confusing, outdated, and dominated by old white guys wearing strange clothes. Over the past 30 years, B.C.’s voters seem to have become much more savvy. In 1983, 70 per cent of eligible voters in our province turned up at the polls. In 2005 that number fell to 58%.

Despite my hard knock education in politics over the years, I do retain a deep-seated sense of responsibility to our democratic system, thanks mainly to my high school Social Studies teacher, Mr. Thalheimer. This sense of obligation has been pulled on in many ad campaigns over the past few years and I can report the wonderful news that voter turnout amongst celebrities in the U.S.A. seems to be phenomenal. In demographics that matter, not so much.

Specifically those ever savvy young voters. This dichotomy has created an interesting phenomenon. With all the kids being on Facebook and the Twitter these days, there’s a sense that voting is the cool thing to do. Leading up to the last federal election, I was inundated with status updates, social media campaigns, and general excitement to get out do our civic duty. My optimistic heart quickened with hope. Then the voter turn out only narrowly beat the lowest turnout of all time!

I think I know what happened here. I’m wondering if everyone was 100 per cent honest with their voting enthusiasm. I’d like to venture a theory that perhaps many of these people who talked about voting on their Tumblr page didn’t actually get out and vote. From where I sit, it seems like it was way easier to just write a quick update about how important it is to vote instead of actually voting. Now, that’s not to say that everyone is a bunch of stinking liars. I know many people had the best of intentions. They fully intended to go vote, but they hadn’t registered or they hadn’t properly changed their address since they last moved. Their voter prep wasn’t done properly.

But here’s the thing about voting: it’s hard. You have to do paperwork. You have to do research that’s going to tell you that 60 to 80 per cent of what’s going on doesn’t to matter to you. And that’s the system working properly. It’s not broken; it’s just the least shitty way we’ve figured out so far. Our next provincial election is in May. Start prepping your pro-democracy Facebook statuses now. Then register and vote.

Author’s Note: I love Prince George. I’ve spent many years there, but it’s literally is an angry ashtray. It’s located in a geographic depression shaped like an ashtray that catches smog, and it often smells like a pulp mill. 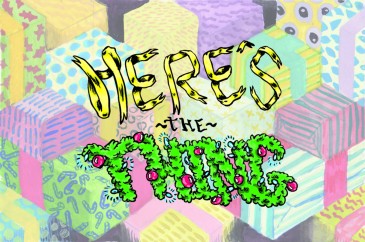 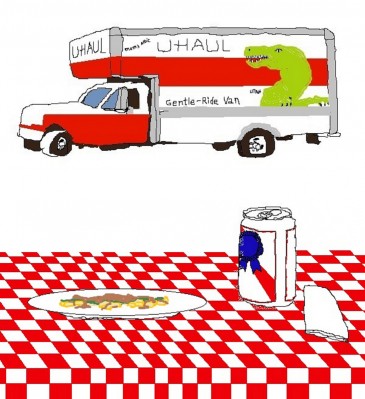 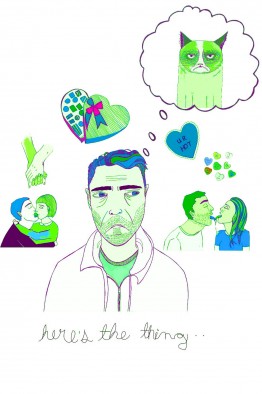