If you take life too seriously, you’ll only develop ulcers, skin conditions, and a boring by-the-books existence which ultimately leaves one wanting more. At the same time, one could argue that a life lived entirely in free-willed aimlessness is erroneous, irresponsible, and destined to crash and burn. To which extreme should one pledge themselves? Well, to neither of course, and Gil Goletski believes the same should be applied to their artistic practice.

Gil is a multi-talented illustrator, animator and musician. Their drawing style is sharp and minimalistic. It captures feelings of lighthearted whimsy, while simultaneously tackling issues of body image, existential dread, and discomfort. Their musical outlet, shitlord fuckerman, follows a similar dichotomy. On one hand it’s riveting, infectious electronica with an undeniably funny name. On the other, it’s a lyrical and emotive examination of entropic decay and societal failings. Yet, as we drink tea in their clean, plant shaded kitchen, Gil suggests that perhaps listeners shouldn’t draw too much from their work. 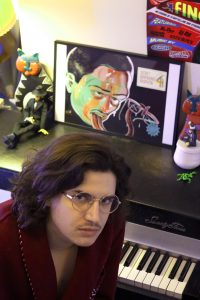 Take “PATRICK COWLEY (IN AGONY)” for example, the opening track from the latest shitlord fuckerman release, MUSIC IS OVER! The song is a tribute to Patrick Cowley, an openly gay innovator of electronic music from the late ‘70s and early ‘80s. It revolves around a grin-inducing disco beat and lyrical mantra before breaking into the bridge — a sample proclaiming, “my reputation for misogyny is legendary!” Gil’s inclusion of this sample comes from a place of authenticity, as well as a desire for lighthearted diffusion.

“[The sample is] from a ‘70s anime called Lupin The Third,” Gil explains. “In a really terrible dub of the series, a line from one of the characters that’s incorrectly translated says ‘my reputation for misogyny is legendary’, which I think is funny. To find samples, I just go through things that I like. [Looking for] things that, out of context, are funny. [Sometimes] even in context.”

When asked about how the sample relates to the life of Patrick Cowley, Gil gave an open and sincere answer: “I consider myself part of gay male culture, but at the same time, I find a lot of it misogynistic. [The] song is about existing as a gay male aligned person, but also being outside of it — as a trans person. I’m somebody who [has] experienced misogyny in my life, and even though it may not be my experience any more, I still have huge amounts of empathy for people that [do]… but I try not to look too far into my songs,” they emphasized, adding, “a lot of the time when I’m making songs, I’m not thinking about them too hard. It’s just something that I made one day.” 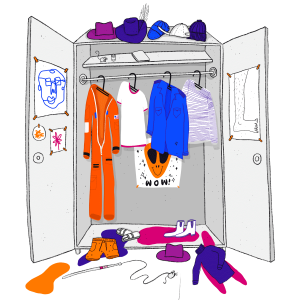 This honest and untroubled approach to creation is inspiring, and a reminder that not every work of art needs be taken so seriously. We are inclined to overthink and overanalyze, and sometimes a work of art should be allowed to exist for its own sake. This disregard of meaning permeates MUSIC IS OVER!, and is exemplified in the title itself.

“I think it’s funny, as a complete nobody, to make broad asshole statements about art. Especially in a post post-modern world,” Gil stated with a laugh. “I was inspired by the Japanese noise artist The Gerogerigegege. The cover of [one of] their tapes says fuck compose, fuck melody, dedicated to no one, thanks to no one, art is over. MUSIC IS OVER! is based off of that.”

Many of Gil’s creations are borne of a coy sense of unbothered fun. It’s this removal of ego that makes their work so enticing —and inspiration often comes from a simple, reactionary response. In the song “Big Eden”, Gil’s lyrics lament the state of decaying food: “Seal me in there with the leftovers/Rotting food buzzing wires/Airtight refrigerator/Leave me in there to die.” One would be tempted to pry deeper into these words, to try and unpack them, to dig for metaphors and references. But Gil assured me there were none. 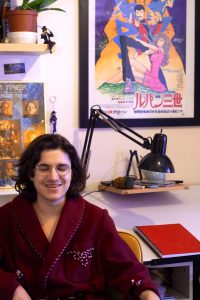 “I get grossed out by food a lot,” they said with a shrug. “It’s just about being some rotting fruit in a fridge… sometimes food is just gross. But I [also] love food, like everybody. Looking at compost is intensely uncomfortable for me — but I also find it interesting at the same time. I get a reaction from it.”

Art derived in such a way is immensely refreshing. Not everything needs to have a purpose, another layer, or be some kind of deep statement. 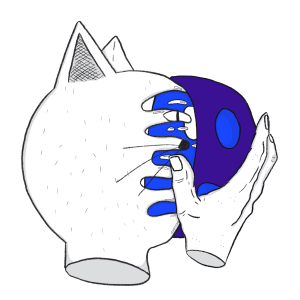 First and foremost, art is a response to the world around us, and everything Gil creates is a genuine reaction to their experiences and feelings.

“With everything, I like not taking things too seriously. But at the same time. I’m still trying to work through things that are troubling to me,” they say as we wrap up our conversation. “But I try not to put too much stock in it, because I’m just one person and I don’t have all the answers.”

None of us do — and with their music, illustrations and animations, Gil has found the perfect way to express this fact. Their honesty is inspiring, and truly, it makes one feel less alone. We could all learn a thing or two from shitlord fuckerman. 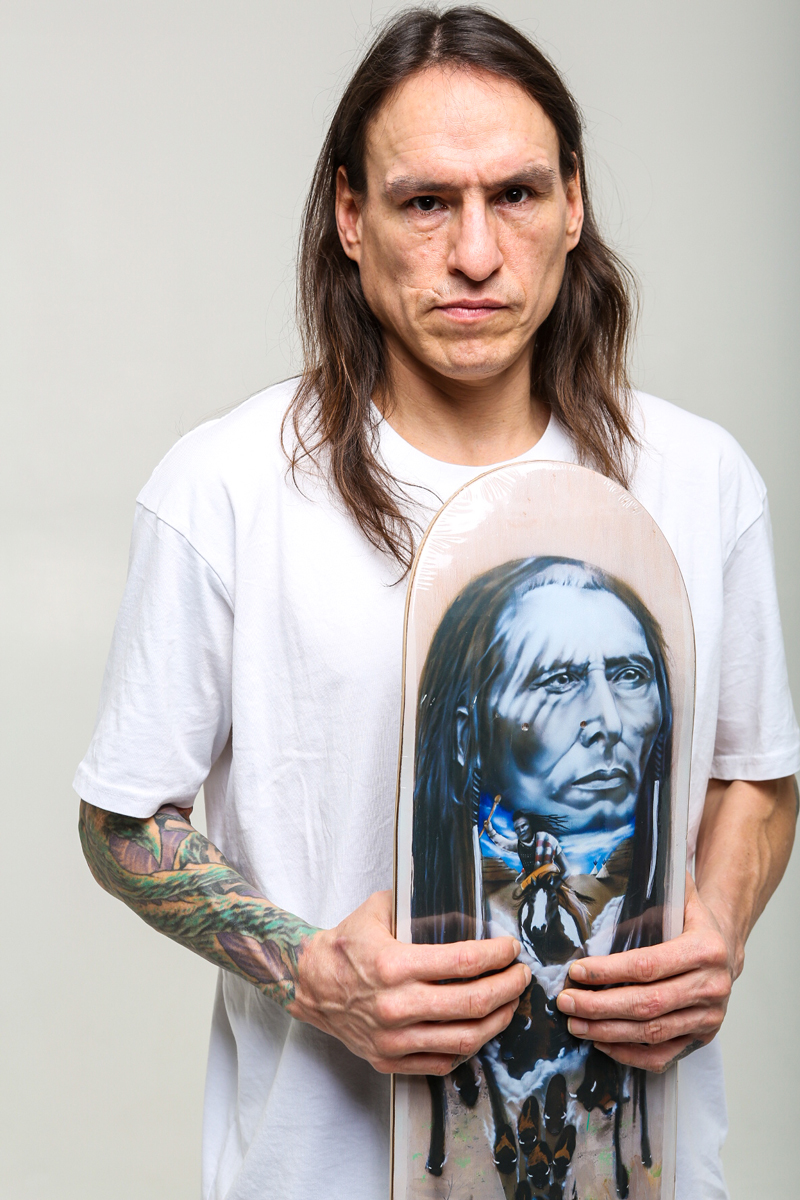 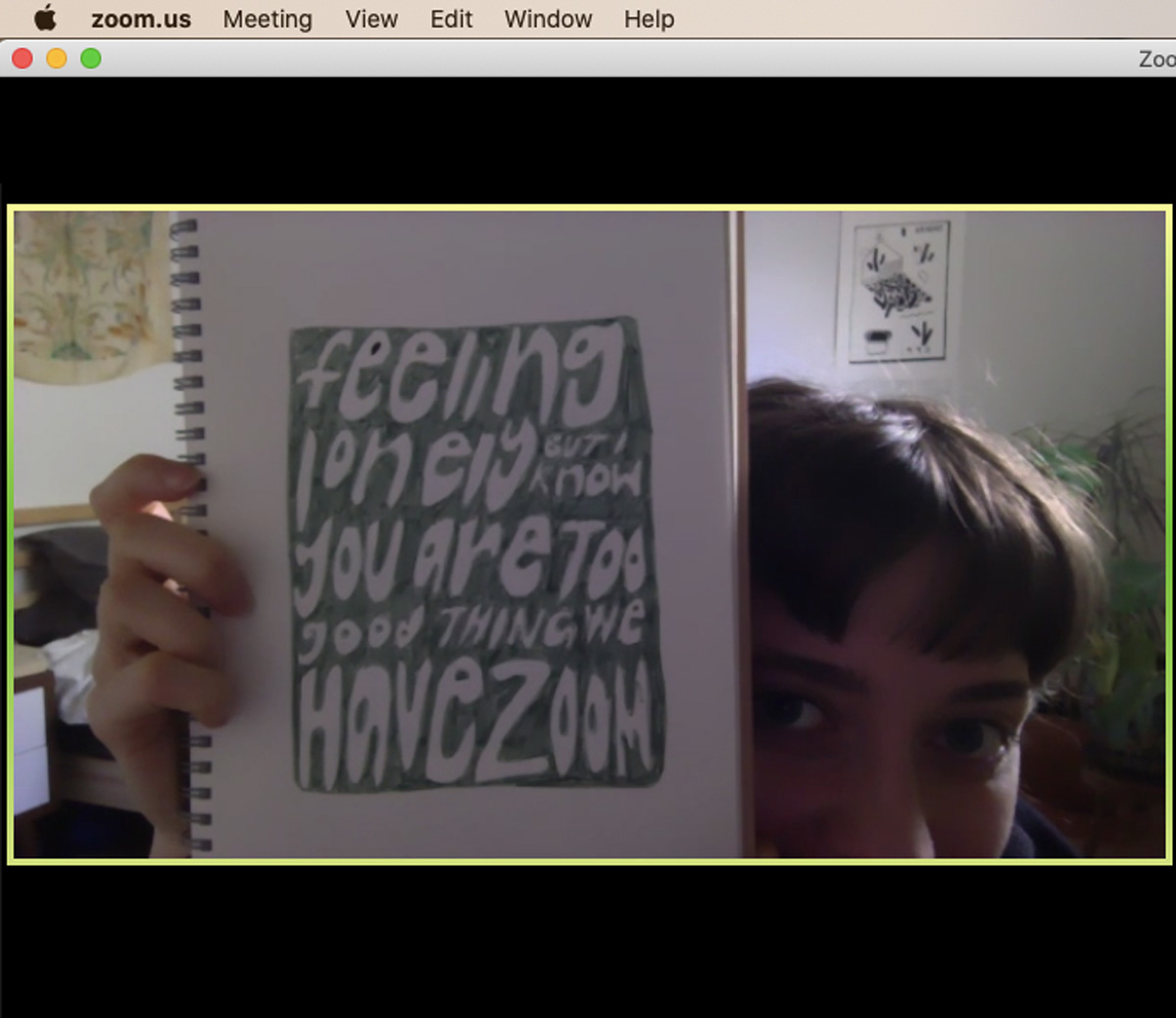 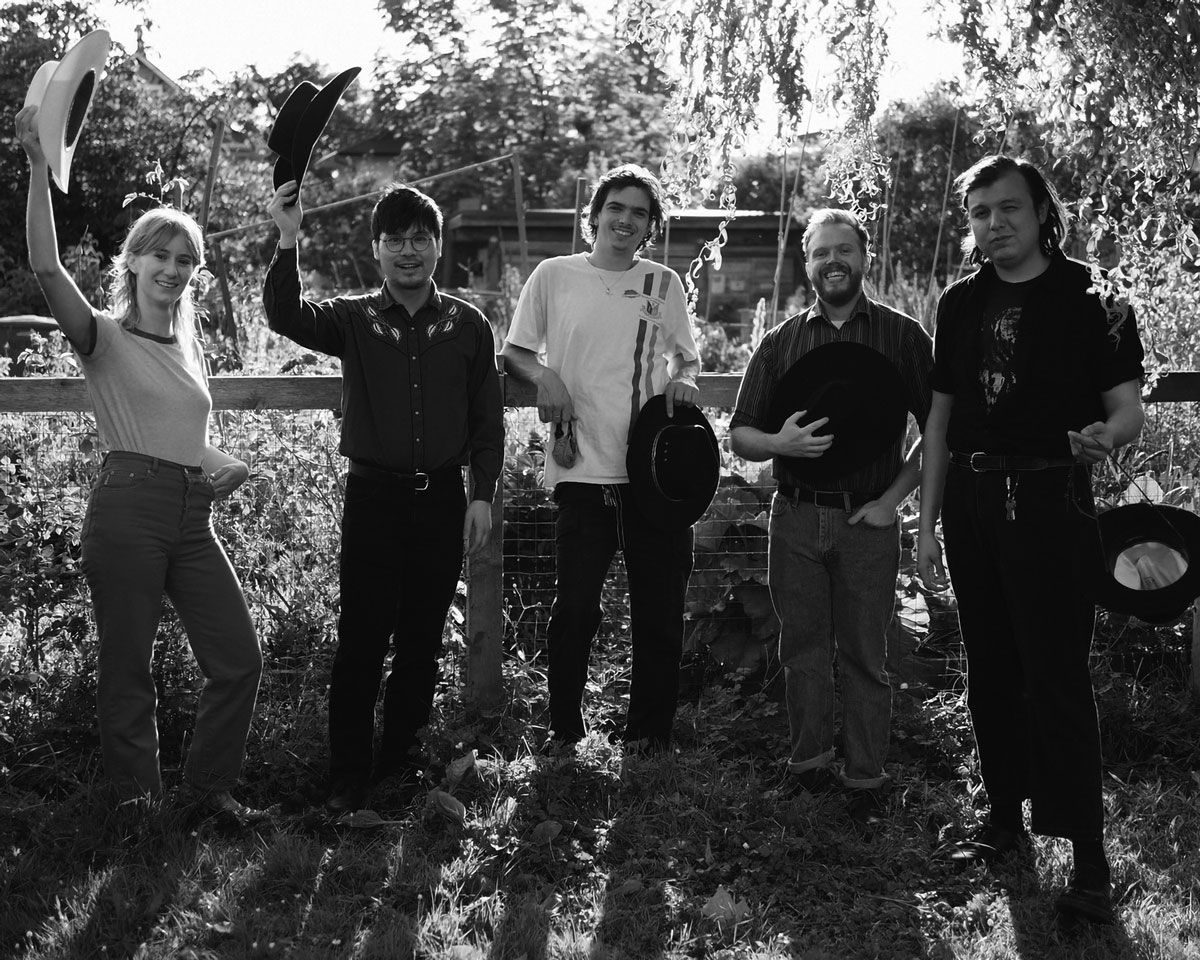