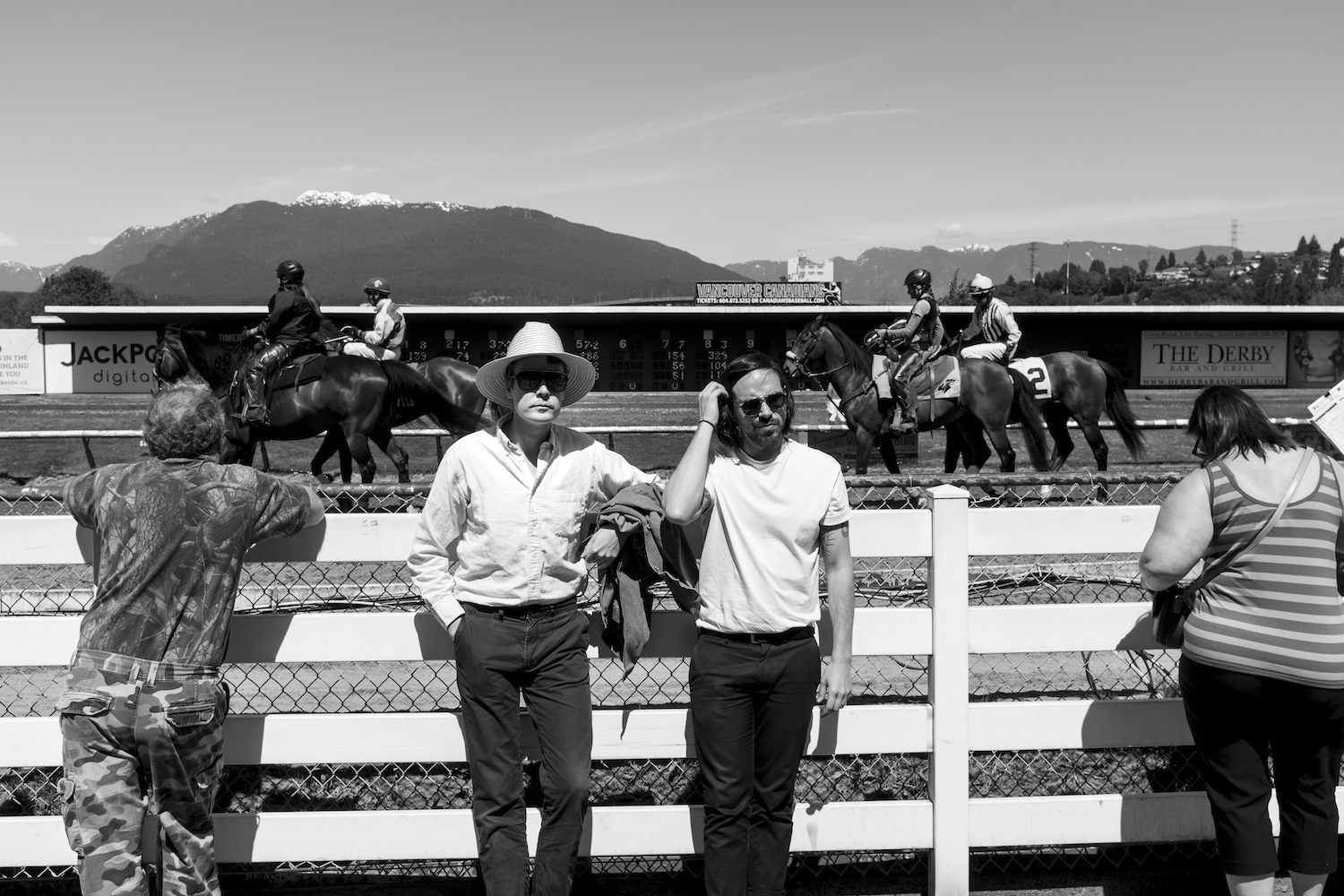 “Anytime you take three years off to make a record seems like too long to me.”

Johnny Payne isn’t one to mince words, even if it’s at the expense of his band’s work ethic. Joined by fellow Shilohs member Ben Frey in the dimly lit Guys & Dolls pool hall, he’s quick to shrug off Frey’s point that a lot of bands take big gaps in between albums: “Yeah, but they all suck.”

Fortunately for Payne, The Shilohs don’t suck, despite their disappearance after the release of their self-titled LP back in the summer of 2014. While it’s hard to pin down exactly why the band wound up taking such an extended hiatus, Payne points to an underwhelming tour in support of the album as an initial destabilizer.

“We put out the record and we went on tour with The Fresh & Onlys that summer. It was a really long tour, all over the States, and I don’t know — it was fine, but it was a bit demoralizing,” he says. “A lot of the shows were fun, and a lot were just dead. We were tired at the end, and when we came back no one really wanted to play or practice.”

“We were on high momentum for about two years,” Frey adds, citing the release of their previous record (So Wild) in 2013, their subsequent tour with Real Estate, and putting out The Shilohs in quick succession. Frey continues, “The next step should have just been there for us, instead of kind of starting from square one again.”

Although The Shilohs did get back into the studio shortly after their initial post-tour slump, the push to put out new material wasn’t enough to overcome the pull of other pursuits.

The band’s bass player, Dan Colussi, moved out East to attend graduate school, and Payne left to Valencia, Spain for the better part of a year with his partner.

“I just needed to get the hell out of here,” Payne explains. While some of his time in Spain was spent writing new songs and analysing the mixes The Shilohs had finished before he left, it was also an opportunity to get away from the routines of life in Vancouver, and enjoy simpler pleasures.

The Shilohs’ next full-length album won’t be out for some months still, and while Frey and Payne are careful about revealing too many details, they do explain that the upcoming record reflects a lot of the recent experiences and changes they’ve undergone. Payne talks about their disillusionment with the music industry and show business, as well as ruminations about the band itself, as focal points of the new album.

“It’s a long time,” Payne says of the band’s eight year history. “It’s a big part of your life, basically your entire twenties, to spend with four guys making music. It seemed worth addressing in songs.”

At the moment, the duo are excited about their new single, “Sleep City,” a song Payne and Frey collaborated closely on with local artist and producer Malcolm Jack. Compared to the ‘60s-style pop songs that The Shilohs are best known for, “Sleep City” stands out in its psychedelic embrace. While conga drums beat in the background and guitars duel over open chords, Payne’s voice takes on an uncharacteristic mysteriousness as he sings a forgotten history of Victoria, B.C.. It’s an infectious tune, and one that came about through an interesting writing and recording process.

“Before I went to Spain, I spent a bunch of time in Victoria, and it was really hot that year,” Payne says. “I had a bunch of weird lyrics and imagery based on things I remembered from Victoria that were gone.”

He lists the monolithic wooly mammoth in the Royal B.C. Museum, the figures from the former Royal London Wax Museum, and the Princess Marguerite (a luxury cruiseliner that sailed from Victoria to Seattle from the 1960s to the 1990s) as inspirations for “Sleep City,” all of which come up in the song’s lyrics.

“It was so hot one day that I started laughing thinking about the wax museum and if it could get hot enough that all the figures would melt, and just how funny that is, to think about all these celebrities and historical figures just melting like that Vincent Price movie,” Payne continues, “It sort of tied everything together, as far as something that was once great, like fame or a beautiful landmark that you think is timeless, but everything eventually disintegrates.”

Upon returning from the island, Payne took the ideas he had to Jack and Frey, and the three of them began experimenting and developing “Sleep City” in a shed behind The Lido. The collaborative effort saw them bringing in patrons from the bar to listen to the song, or even try singing parts. Accompanied by “All the Best,” a new b-side written and recorded before “Sleep City” came to fruition, The Shilohs’ single will be released as a flexi disc, 100 of which will be included in select issues of Discorder, with more available in record stores across the city. Through the flexis, Frey and Payne hope to represent the idea of tangible decay that underpins the lyrical content of “Sleep City” itself.

In the meantime there is still a lot to figure out, as The Shilohs prepare for an upcoming album and potential tour without a full band at the ready. But, with the new single and a renewed sense of focus, here’s hoping The Shilohs can pick up some of that momentum they’ve worked hard to accrue.

Were you one of the lucky 100 to get a copy of “Sleep City” in your mag? If not, pick up the single at your nearest record store, and keep your eyes peeled for The Shilohs’ upcoming album scheduled for release on Light Organ this fall.