In the smallest hours of the morning on June 26, Deafheaven, the final headliners to perform at Sled Island, took stage at The Royal Canadian Legion #1. The four instrumentalists first emerged from the greenroom into the thick azure light of the sweltering hall. Guitars tuned and hi-hats clutched, a low warbling drone slowly faded in from the amplifiers, signaling the approach of the band’s final member: vocalist George Clarke. The frontman — signature black leather gloves noticeably absent — grimly walked out and stood in front of the mic, gesturing for the at-capacity audience to cram even closer than they already had, before whispering, “This song is called ‘Brought to the Water.’” The drummer, wasting no time, ripped into the opening track from the band’s glowering 2015 release New Bermuda.

Deafheaven’s signature maximalist blend of heavily distorted, shoegaze guitars and pummelling blast beats reverberated throughout the Legion at deafening volumes. Metal bands are notoriously hard to mix live so it is commendable that Clarke’s high pitched shriek sounded pleasantly clear. Although the songs’ lyrics were largely incomprehensible, each syllable was enunciated in syncopation with the drums for an audibly rhythmic quality. Given Deafheaven’s relentless touring over the past few years, it was impressive to see Clarke deliver such an unrelentingly larynx-shredding performance.

This sensorial assault was punctuated by the disarmingly euphonious interludes of clean, jangling guitar chords and melodic lead lines in songs such as “Baby Blue” and “Luna”. Clarke gave his vocal chords a rest for these sections and instead resolved to interpret the music with his usual choreograph of ostentatious hand gestures. Such theatricality was a welcome addition and made for a wildly entertaining display.

Deafheaven may currently be black metal’s hottest and generically contentious act. Should the band even be considered metal, let alone black metal? Members of the audience seemed to ponder this themselves as I overheard comments such as “I don’t normally like metal, but this is a lot like dream-pop!” or “I didn’t know that this was a screamo band. It’s pretty good.” Fortunately, categorical engagement was optional and audience members bought into the lightning quick tremolo riffs and dizzying drum fills by shouting along and raising fists.

Having seen Deafheaven thrice before, I noticed that the crowd moshed considerably less than in Vancouver. While this could be accounted for by the density of the crowd, it seemed to me that the band’s crossover appeal attracted a wide variety of music fans whose usual scenes eschew moshing for jovial swaying and head bobbing.

Deafheaven’s set consisted of each track from New Bermuda played in sequence with Clarke sparsely introducing each song with a few words and a penetrating gaze. The band was very well received and the crowd continued to cheer after the set had finished. The band returned to the greenroom and the house lights went on, ostensibly indicating that the show was over.

However,  the band came back out. Demanding that the lights be turned back off, Deafheaven played an encore of two songs from previous albums including the eponymous “Sunbather.”

Deafheaven’s set displayed their sonic prowess earned from many hard years on the road. It’s heartening to see an extreme metal act attracting a wide and diverse following without compromising their sound. Sled Island’s capstone headliners were certainly one of the Calgary festival’s shimmering peaks. 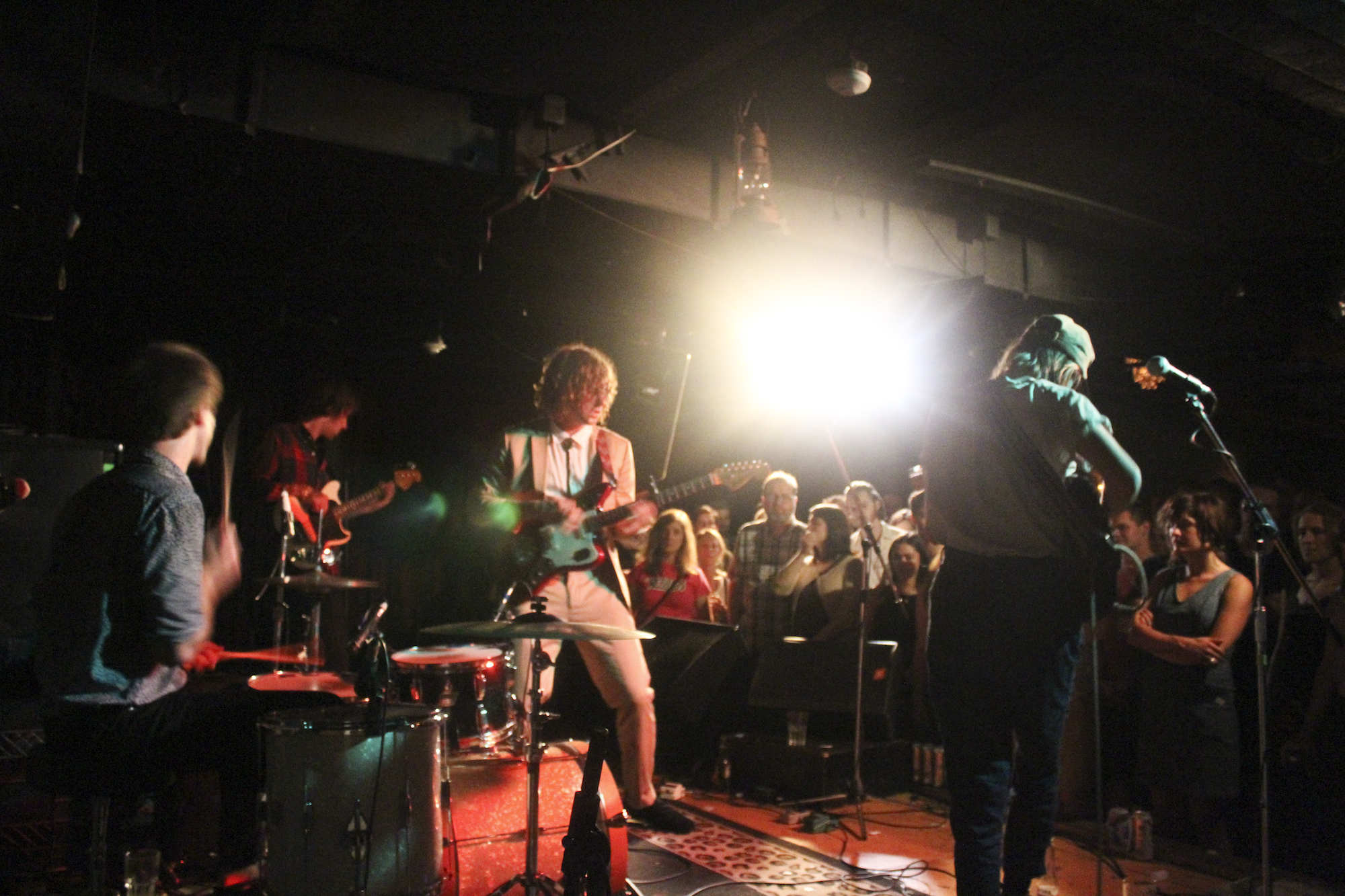