On July 6, a modest sized crowd of Vancouverites experienced the Electric Owl’s latest weekly event, Under the Spell Sundays. For the night’s maiden voyage, local flavours Weird Candle and //zoo were were on the lineup.

Few arrived before Weird Candle’s 11 p.m. set, which was preceded by an unobtrusive but enjoyable DJ. Under the Spell Sundays aims to deliver live music to fit a range of musical tastes—from dark ambient to death metal—so the audience seemed prepared for anything.

Weird Candle was nothing if not enthusiastic. The band consists of, as their Facebook page indicates, “me [Robert Tunold] n caleb [Blagdon],” and employs the mannerisms of an act much grander than themselves. Weird Candle’s frontman wailed and paced like the most tortured of souls, his vocal distortions emulating WAVVES minus the beachy angst. His military jacket and the homemade graphic on his T-shirt contrasted with the keyboardist’s clean-cut white button-up attire. While the former had clear goals to interact with the crowd and practice his showmanship, the latter gave the impression he was just along for the ride, offering an occasional foot tap as his choreography.

Most of Weird Candle’s lyrics were indecipherable, and the performance engaged enough that missing their lyrics felt like a loss. Their act included a brief sound clip motif which conjured up images of a Super Nintendo jungle safari and played in the interim between songs. Thirty minutes was a perfect length for their set, but this act has great potential to attract an enthusiastic and moshing audience in the future.

Next, //zoo swiftly arranged themselves on stage with the humble handiwork of a local band. Ashlee Luk, the band’s vocalist, enticed the audience with sounds of female moaning, inspiring curiosity in the crowd about the origin of her samples. This introduction came as no surprise to //zoo fans, as the band promises to deliver “fuck music.”

Both the vocalist for Weird Candle and //zoo spent a large part of their performance lying on the floor, but that’s the only thing they had in common. These small Vancouver ensembles seemed to draw a crowd made up mostly of friends and acquaintances, but //zoo appeared to have the beginnings of an established following. The dance floor squeezed in the moment her futuristic percussionist began his seemingly telepathic performance. His digital drum required only the wave of his hands to produce a beat which seemed to flow out of him as instinctively as breathing. His sounds ranged from what resembled Matt & Kim circa 2010 to those heard in only the dirtiest of dirty rave tents.

While the vocalist, percussionist, and guitar player performed admirably as individuals, their contributions did not have the harmony I hoped for. Admittedly, Under the Spell Sundays guarantee cacophony and industrial screeches, which //zoo effectively delivered. A highly capable vocalist and almost supernatural percussionist are major assets, so the band has probable great heights in their future.

In the meantime it looks like Under the Spell Sundays will supply a mix of eclectic music and will be a worthwhile and atypical way to spend a Sunday night. 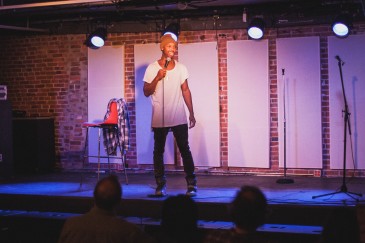 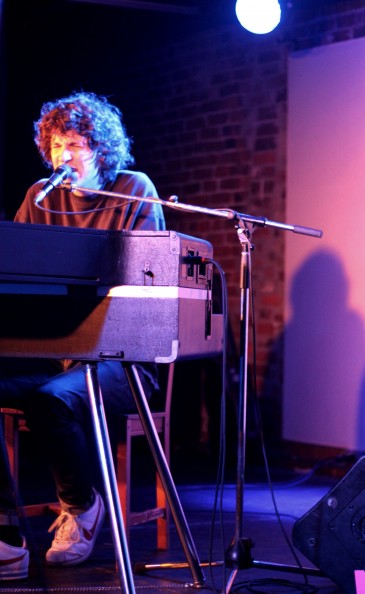