There once was a time when, whether willingly or not, our toddler ears were filled with nursery rhymes, sing-a-long songs, and Charlotte Diamond. Then we grew up a bit, started doing chores, and earning allowance to spend on things like Pixy Stix, Pogs, and most importantly, our own music. So this month, we take a stroll down Memory Lane and ask our writers what the first album was that they shelled out their own bucks for. And because we’re in the thick of beach season, we pose the inevitable follow-up: what new album are you psyched to drop dollars on this summer?

First ever:
Green Day, American Idiot, CD (2004, age 11)
While the radio filled my ears with Usher, 3 Doors Down, and Nickleback’s “Someday,” I had yet to explore my own music. I was too busy watching Pokémon and buying penny candy. But then Green Day released American Idiot, which set off a wave of pre-teen angsty hysteria. It was my first taste of punk, of concept albums, of politically charged lyrics. It was no more Top 40 radio for me. It was all about a well-crafted album.

Getting psyched for:
The Civil Wars, The Civil Wars, CD (Aug. 6)
Amidst a slew of inter-band tension, a lot of confusion, and a hiatus announced only seven months ago, the Civil Wars are back with their sophomore album. I love a good, pure folk album to sink into, so hopefully the band can help me achieve that same acoustic purgatory.

First ever:
The Mini-Pops, The Mini-Pops, LP (1985, age 4)
Through an elaborate performance of pleading, tugging, whining, and tantruming in the Vernon Canadian Tire, I somehow managed to convince my dad to purchase this LP. He did not realize that it would become an instrument of his own torture for years to come. Or perhaps he did, but it seemed like an endurable alternative to Alvin and the Chipmunks. Plus, dad was pretty into disco. I was four years old and it was 1985. I was irresistibly drawn to the cover which featured children recreating famous album covers with an awkward pinch of adult sexuality.

Getting psyched for:
Pop. 1280, Imps of Perversion, LP, CD (Aug. 6)
Sparse, horrific, NYC goth rock seems like the perfect summer soundtrack to me.

First ever:
Mortal Kombat: Original Motion Picture Soundtrack, CD (1995, age 5)
For a five-year-old, purchasing music to call my own was a bold new frontier. Regretfully, it would be several years before I bought an actual CD that wasn’t just a movie soundtrack. Test your might, indeed.

Getting psyched for:
The Love Language, Ruby Red, CD (July 23)
I’m a sucker for beach-rock, but teaser tracks from the LL’s upcoming album showcases a more refined, cinematic sound that I can’t help but feel myself warming up to. 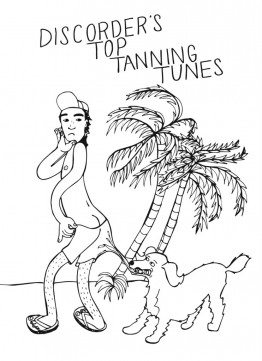 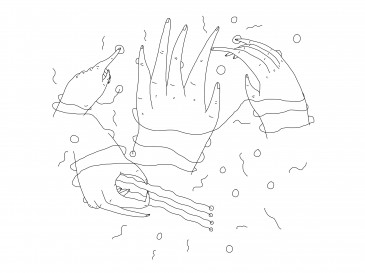